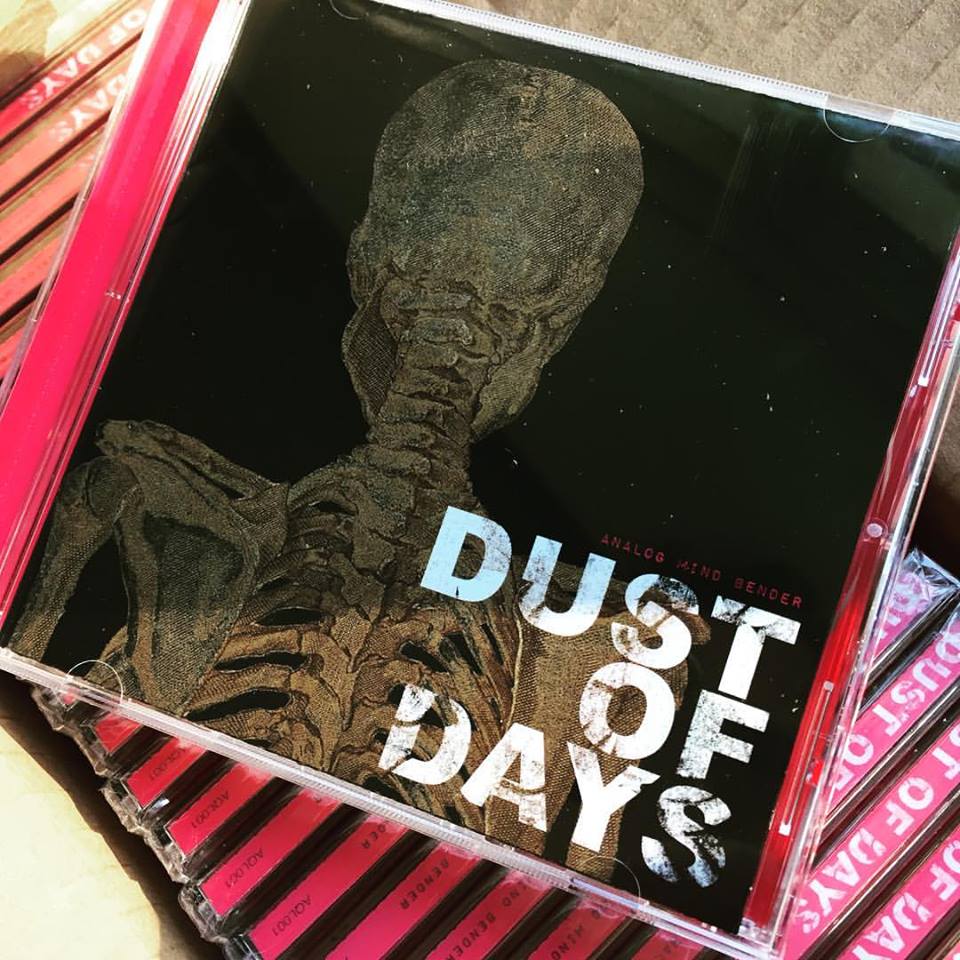 You know…it’s kind of interesting that ‘greedy flies’ are mentioned in the lead-single from Dust Of Days called “Heavy” – even though it sounds closer in tone and execution to a Social Distortion track, there’s actually a lot in common structurally with that of Bush…who, as many know, wrote the hit “Greedy Fly” years back in the alternative heyday.  “Heavy” similarly relies on grinding riffs and intense energy to make its mark…clearly not worried about writing traditional hooks; and if you’ve ever listened to a Bush record and the songs that never make the radio – you’d probably be apt to agree with the comparison.

And that’s not to say that without radio potential there is zero potential – because I’ve never believed that…far from it in fact.  Where there is one or two songs from any given record that make the airwaves with the intention to pull us in easily, I’ll happily show you another eight-to-ten songs on that same record in question that say much, much more about the band overall.  It’s also not to say that these songs that don’t end up in the top-40 don’t have hooks either – quite the contrary yet again; it’s just a given that they’re generally slightly less accessible and appeal to a smaller crowd…but those hooks can still certainly be there in massive doses…oh yes, they certainly can…

With a blast of quick feedback as an intro – the cutting hooks of “Heavy” reveal themselves immediately.  You can certainly count that amazing guitar tone and gripping sets of chords from the distorted axe-work – because that right there is pure awesomeness.  The drums also stand-out completely…really great stuff from back there on the throne with equally impressive hits on the crash cymbals as the snare, toms and kick with high-definition to their writing & part that leads the way for this track to become as intense of a moment in time as it becomes.  The bass holds its own…the vocals fit well…both add just enough of a hint of melody to “Heavy” to give it that extra punch and degree of accessibility to the ears.

As an under three-minute long song…this new single from Dust Of Days upcoming album Analog Mind Bender doesn’t change itself too much, which gives the entire song that feeling of being a real solid moment in time as opposed to hearing the song as a set of individual parts put together, structurally speaking.  What Dust Of Days will want to consider for the future is that most-excellent Dave Grohl adage of ‘go forth and write a kickass chorus…then use that as your verse and go write an even more kickass chorus’ – because if anything, you’ll be hard pressed to find that spark that sends this song from verse to chorus and back again.  The definition between the different parts of “Heavy” is minimal…the transitions are understated and subtle…not saying it doesn’t work because I think it does here this time.  But that’s the key…this time.  If this was the recipe for the entire album’s worth of songs I’d have more concerns and I’d be wanting more versatility after a couple tracks I’m sure – but as a single, no problem.

It’s definitely not a flatline on the monitor…definitely not D.O.A. in your speakers…I think for under three minutes, Dust Of Days gives you plenty of reason to stay listening and to look forward to the upcoming record.  For the guitar-tones on “Heavy” alone, believe me, I’m interested to hear what else this crew can grind out and the overall tightness between the players in this band certainly hints at & suggests a lot more fireworks to come on that upcoming album release.  I’d be willing to bet that Dust Of Days are giving us just a taste of what they’re capable of here on “Heavy” – and that’s what a lead-single is often all about…just enough to make a bold first impression and make us all curious about what else would potentially be on that full record.  They’ve done that with “Heavy” – rock-solid stuff.

Find out more about Dust Of Days at their official website at:  http://dustofdays.com/