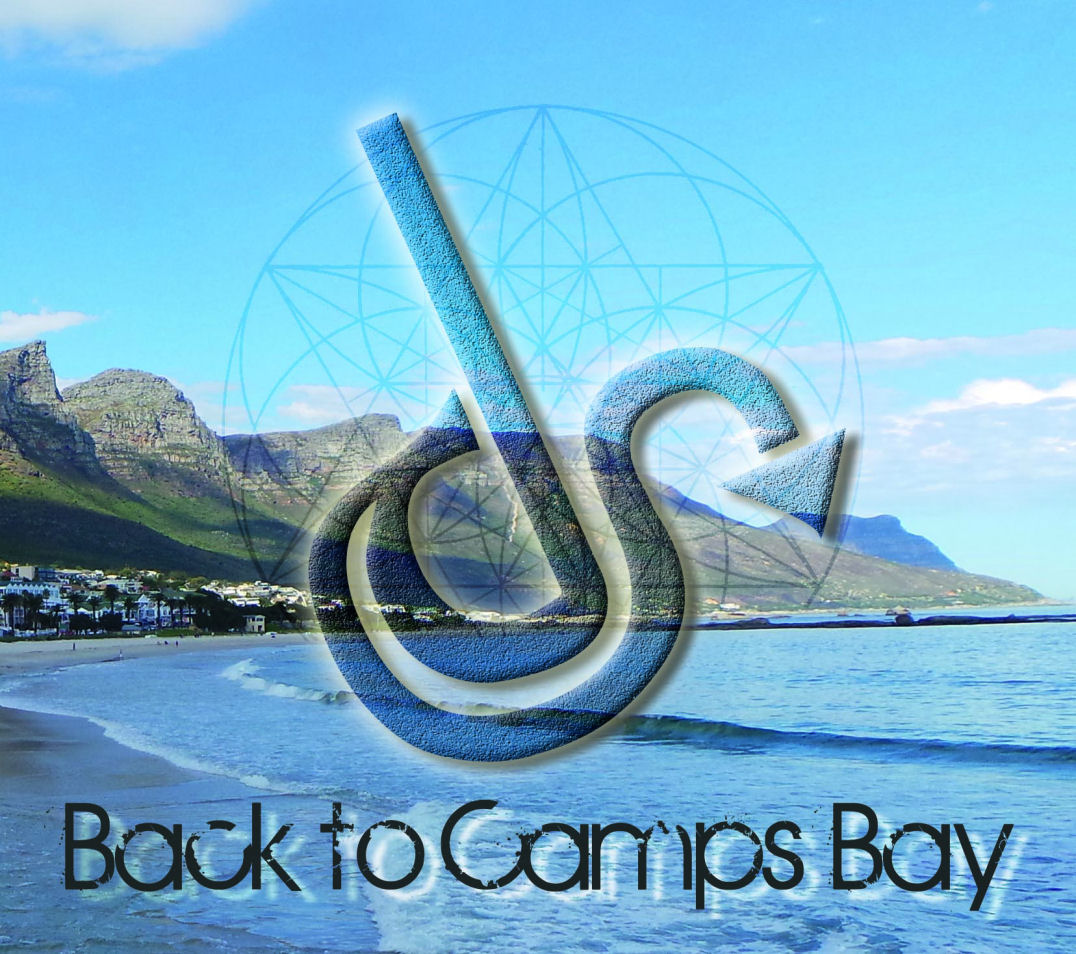 Down Solo – Back To Camps Bay – Album Review

I was really only supposed to dig into the song called “The Edge Of The World” from the new record from Down Solo. In my curiosity and pursuit of all-things-music…just so happens I might have maybe pushed the button for the album to start from track one…and once “Stay Gold” began I’ve gotta say, I wasn’t going anywhere. Down Solo is doing something intensely and blissfully-unique in music right now…and this is a record that should be heard.

Armed with an acoustic-bass, his vocal-cords and nothing more but his very know-how – Rob Sulzmann is the solo-artist responsible for everything you’ll hear on the new album Back To Camps Bay. Seriously…take a moment here…think about how many acoustic-bass-driven solo-artists you’re listening to out there right now…more than likely, and quite honestly, none. Not because it’s something you wouldn’t enjoy – it comes down to simple lack of options; there really is a short, short list of people making music in the way Rob is approaching it here in Down Solo.

And DAMN is that refreshing!

“Stay Gold” with its intense riffage, perfect tones and subtle harmonics ringing-out…the instrumental opener of the album immediately captivates…you know instantly that this isn’t something you’ve heard before – and with any luck it’ll stay that way!

If anything…Down Solo might reach into a more typical style of punk/pop melodies as the second track “Who Do You Think You Are Mr.?” begins…but let’s face facts here…I’d even trade in the magic of “Stay Gold” for this tune if push came to absolute-shove. Reason being…not only is Rob one freakin’ hell of a bassist…but then the guy immediately puts on a clinic for the perfect set of power-punk/indie vocals and demonstrates a masterful grip on writing and melody. To be truthful…with the skilful approach to the bass that he takes…I wasn’t honestly expecting to be as impressed with any other potential facet of Down Solo’s music as it’s just that damn good…but to me there’s no denying the fact that this project is built upon a solid foundation that’s completely unshakable. From the bass to the vocals and the vocals to the writing – Rob has audibly nailed the ability to connect outside of what’s typically accessible. The emotion that he pours into the microphone and the way he’s set the vocals to flow is arguably every bit as impressive as the intensity of skill he displays through the bass-guitar. Listen to the mad-fury of “When The Fire Dies” and the way this song works…he’s really finding something that doesn’t come along all that often here…the ability to captivate through a single-instrument, let alone one that many people don’t realize can actually BE a lead-sound…it’s flat-out extraordinary.

I’ll admit there are tracks that do leave you wondering a little bit what they would sound like in a full-band situation like “Life Local 2 Me” – I can hear a band like Lit taking this one to the extreme heights of the song’s potential. As it stands…personally, I’m with Rob – I wouldn’t change what he’s doing even remotely; the potential to stand-out apart from the rest out of sheer difference alone would be worth it – but the fact is, he’s more than fine on his own. Everything about “Life Local 2 Me” is stunning…but the rip through the chorus is more than impressive…I mean seriously…you guys are with me on this right? Down Solo is kicking an extraordinary amount of ass here on Back To Camps Bay!

At first listen…wasn’t entirely convinced that Rob was going to find a way to win me over on “Selfless Not Selfish” – it’s a more sentimental grind through the beginning and full of indie-heart…just think that he was a little bit too above the music itself, which was softer overall and could have been brought up to match his volume and keep us ‘in it’ all a bit more at the beginning through the verse. He is going to sonically-rip right through any potential music-volume anyhow; he puts real power & passion into his music and Down Solo is certainly full of attention-grabbing writing anywhere you turn. The chorus of “Selfless Not Selfish” is massively impressive…it’s an entire mouthful of words that come out stunningly-perfect in their metering & melody; it’s the real win inside “Selfless Not Selfish,” which upon repeat-listens will more than likely become a favourite for many out there.

Personally…as I was listening to “Goodbye 2014” I thought about how I could honestly listen to this record over and over and over…there’s not much that’s going to stop me from doing that here in 2016, which is why I’m writing about the full album and not just the single. I like this an audible-TON…I like the tremendous start that Rob’s got going for himself and I like that there is still room for him to expand, grow and refine. There are slight…and I mean SLIGHT timing-issues here & there…barely audible to 99.9% of the people out there but more than likely something that Rob himself is aware of. He’s got an uphill battle as a bassist to find that control over the strings and really let those notes ring out when they need to length-wise – and when you’re ripping it up as hard as this dude is, you’re bound to find a couple strings just can’t hold on and continue after all that awesomeness. He knows where the spots are…you won’t – all you’ll hear more than likely is just how incredibly these ideas come together on songs like “Goodbye 2014” and have to acknowledge how this dude has done an entire MOUNTAIN’S worth of much with so little at his disposal. He understands entertainment, he understands how to write a hook – but more importantly, Down Solo is a project whereby it exists and thrives off of one man’s true unbridled passion for music and making it his LIFE. Each of these songs and performances are noteworthy for many, many reasons…as far as I’m concerned, Rob’s a goddamn genius.

A song like “Grey Over Grey” will have you realizing just how hard a single guy like this could stomp and crush the nuts of entire bands and acts like Blink 182. With the innovative ways he approaches the vocals and how many freakin’ words he tends to add (Pot calling the kettle black here I know, I know…) – he’s almost more similar to the intensity, vocal-flows and melodies of Panic At The Disco…but like…back before they sold the fuck out and they didn’t phone it in with formulaic recipes…back when it was PURE and still AWESOME. That’s right…the new shit from PATD is bullshit…don’t get me started…number one album be damned – I would WAY rather listen to Back To Camps Bay right now without question.

I think honestly the biggest surprise I had might have been the very song that brought me here in the first place. If there’s a single place in the independent music-scene that needs the most help, it’s their tendency to choose the most bizarre tracks for their lead-singles or videos. Proving that we all get caught-up in our own madness and music…when left to our own devices, we frequently miss what others will hear…and straight-up, quite often the song with the most access-points for earholes is not the song that ends up being promoted…

…but not today – and that’s what impressed me immediately as “The Edge Of The World” began. If anything…you could somewhat argue it’s a little bait-and-switch in the sense that this more laidback tune is not quite the typical vibe on Back To Camps Bay…but by that same token, I think along the same lines in how obvious this song stands out as a potential single. It’s slow-tempo vibe will make you recall gentle punk-tracks like “Hey There Delilah” by the Plain White T’s…it’s that kind of sweetness and delicate-nature that Rob puts into “The Edge Of The World.” It is an absolute stunner and though it remains in its gear throughout…you wouldn’t want it any other way. This short & sweet tune name-checks the album-title and you can feel that added layer of real heart and genuine connection that Rob has to this particular tune; best way I can put it is to say that this is a stellar choice for a way into his music and promoting as a lead single. I could make a massive argument on behalf of ANY of these songs…it’s been a long time since I’ve heard a record like this and it’s been an extraordinary pleasure digging into the Down Solo record…I love this album.

The skill of this guy is so completely ever-present that because of the nature of the songs needing SOMETHING to make the music he’ll sing to, the bass is always playing…and the dude is ALWAYS killing it. A true example of the opposite effect of the whole ‘jack-of-all-trades-and-master-of-none’ – something like “Grey Over Grey” or “Unanchored” or even the album’s beginning track “Stay Gold” will showcase real highlights in Rob’s incredible talent and touch on the bass-guitar to the point where you’ll probably think the same way I do and doubt he’s ever even bothered to touch another instrument like drums or guitars. You get this kind of connection & deep understanding of how an instrument works when you put your whole life, heart & soul into it…and I think I’d put my money on Rob being a bassist as pure as it gets…you don’t get these skills overnight and I bet he’s put in an extensive amount of time into the refinement of his music, craft, abilities and writing. And I think you can hear a difference in a player that does it full-time for LIFE as opposed to the many of us that pick and choose many instruments along the way but truly never develop that ‘third-arm’ attachment to them like a dedicated-player like Rob has. That’s right…I’m saying he has a THIRD ARM people…that’s what his bass is like to him, I guarantee it. Whatever person he ends up marrying in life will be a truly patient and understanding one, as there is no way that this dude isn’t sleeping without being curled up beside his bass at night – I promise ya…that’s the kind of connection & relationship you’ll hear that Rob has to it!

Anyhow…I’ve rambled enough for you all…but you get the point hopefully – you should absolutely listen to this record. Back In Camps Bay ends on one of its strongest songs, “Unanchored” with Rob sounding audibly-free, bright and bold in the verse; and once again, like the guy drinks from the very ‘fountain of hooks’ he’s somehow written and pulled-off yet another stunning melody in the chorus of “Unanchored” to end the record. For one man…one bass…one HEAD to hold all these ideas and somehow task himself with getting these all out as perfectly as he has on Back In Camps Bay…you can’t help but feel like this one-man-musical-army could take over the world with the inspiring, uplifting energy to the music Rob is making. I think the world always likes different – and right now in music’s timeline, he IS offering something extraordinarily and wonderfully different from the rest of music out there…but all done with such an impressive way of keeping it all within reach and accessible to all is what really speaks to the smart approach that Rob is taking in the music of Down Solo. Fantastic record!

Tags: Album Back To Camps Bay Down Solo sleepingbagstudios