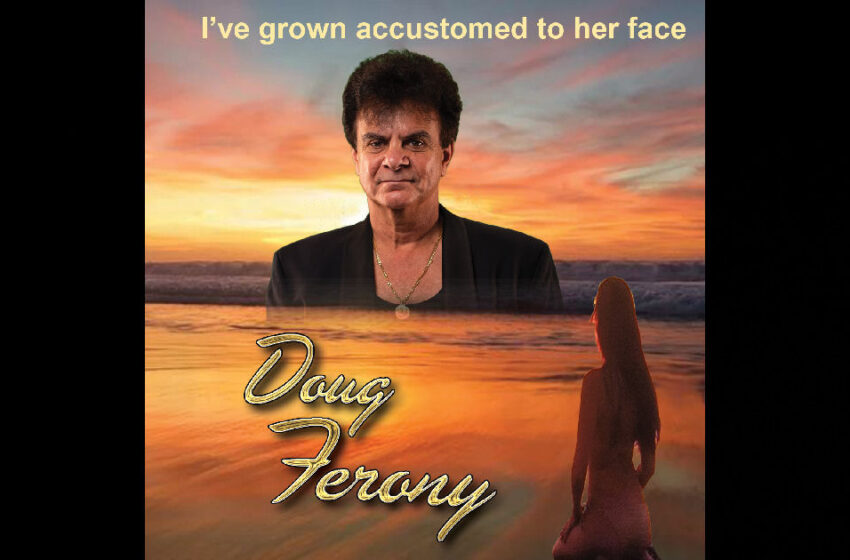 Alrighty folks…I’ve actually been really excited to talk about this new cover song by Doug Ferony.

The question is…where to start, where to begin…and what is it that I really wanna say I suppose, right?  I might have written a robust 2500+ reviews on this site by this point in time, and believe me when I tell ya, sometimes it’s not just as easy to figure all that stuff out & bring some kind of order to my thoughts when I hear music that gets the wheels turning in my brain.  There’s interesting uniqueness in this tune.

Full disclosure, I’ve never actually seen the movie My Fair Lady myself…which eventually popularized this song & where Doug incorporates the slightly theatrical element you’ll hear to his own version as well presumably.  From what I’ve read about its history, it traces back even further than the film…it’s originally written & performed by Rex Harrison…there are definitely a few versions out there, including one by the incredible Tony Bennett, who I’m sure is an inspiration on Doug.  There’s lots to love about this update – when I say the ‘slightly theatrical’ – that’s simply me saying this variation makes this much more of an actual song than what was almost more of a soliloquy back in its original form; and call me crazy…I just can’t help but think music fans would appreciate that.  Doug sings great…gives it that swagger & soulful style of an Ol’ Blue Eyes or a Bublé…that classy crooner stuff that people all around the world still continue to love to this very day, and rightly so.  There’s a word for the sound you hear folks – and that’s ‘timeless.’  Ferony has no problems whatsoever slipping right into the shoes of those that have walked the path of this trail before him, and likely notices just how comfortable they are & how well they suit him too – he clearly loves the kind of music he makes.  He’s passionate in his performance, he’s into the moment – all that good stuff checks the right boxes for me, and the man brings real charm to this single he’s got here. 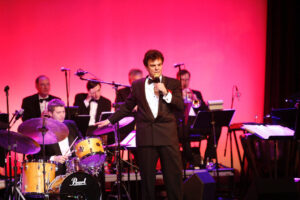 The music surrounding him, I’m pretty much equally stoked on as well…it’s also a fairly lounge-style-esque sound & vibe goin’ on, but of course that’s the natural pairing with the kind of voice Doug has and the right fit for a song such as “I’ve Grown Accustomed To Her Face.”  It’s fair to be said that there’s a crowd for this kind of theatrically-inclined Adult Contemporary sound…fair to be said that it tends to bring us back to a different time other than the one we’re living in now too – and while that nostalgia inducing vibe is likely always welcome to many, it’s still a tougher sell to the masses of modern day music.  Though not impossible…not by any stretch of the imagination – the internet continues to open the doors of opportunity for artists like Doug and more niche genres to thrive – you might know a handful of people in your town or group of friends that like this kind of music or that kind of music, but the reality is, that pocket exists in each & every city, town, and place all over the map.  Every type of music from the moment it started to the right here & now has a giant audience waiting out there – it’s just a matter of tracking them down & giving them a reason to return.  As far as I’ve read & researched, Doug’s had no trouble in either department – he’s already got an incredible career goin’ on & has for years now – including a recent appearance in the movie The Irishman, directed by the legendary Martin Scorsese.  So trust me – the man’s doin’ mighty alright for himself already, and when you listen to him sing & perform with such precision, passion, and professionalism combined on a single like “I’ve Grown Accustomed To Her Face,” you’ll know he’s given his listeners every reason to come on back for more. 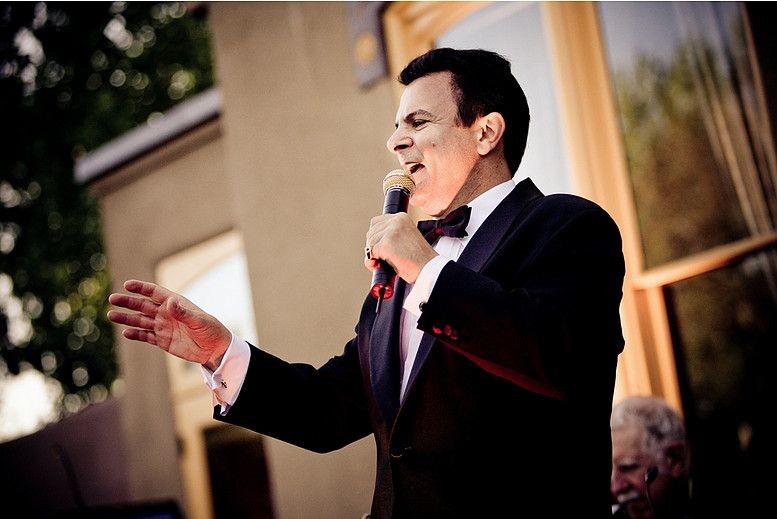 So what was it that got me so interested in the first place & scrambling to collect my thoughts?  Good question – and thanks for making sure I tie up the loose ends in my writing here, I appreciate it.  To be honest, I was interested before I even pushed play.  Living in this realm of music, artists, bands, and new exciting things happening all the time – I deal with overblown sensationalism just about every single day in some way, shape, or form.  As in, when people tend to pop into my inbox or onto my playlist, they’re coming back or coming at me with THE BEST SONG EVER MADE that I absolutely HAVE TO HEAR or I will simply CEASE TO EXIST.  You see what I’m saying?  It’s weird.  And of course, theoretically improbable if not outright impossible…but that’s the level of typical excitement you tend to find behind the scenes in most scenarios.  How much truth there is versus how much the excitement of the moment is taking hold – that’s where I suppose I come in to help level that out & bring a few people back down to Earth.  But not Doug.  Nope – Doug’s doin’ just fine & plenty grounded…his career’s goin’ strong and he doesn’t really need advice from some hack like me, even if I had some to give him, which I truly don’t – I think the man does what he does very well and proves that with smooth confidence and competence that is revealed all throughout this new single.  In my notes here, it mentions that this latest offering from Doug is a “standard love song” – and no lie, he pretty much had me at hello.  Ultimately I get what he’s trying to say…it’s more of a reference to the sound/style than it is some kind of flat-line opinion on the results – but just the same, that comment got me smiling from ear to ear.  No sensationalism there folks – that’s straight up Doug, unfiltered.  Then of course I had a look at the title of the song and it kinda blew my mind from a wordsmith’s perspective – “I’ve Grown Accustomed To Her Face?”  Oh really now?  Have you?  How…considerate?  Context matters of course, and like I said, I haven’t seen My Fair Lady myself to fully know all the ins & outs of what brought this song to life before that either – but it certainly struck me that a “standard love song” by definition, really should be accompanied by a tune with a title like this one has!  To me, it was another case of trying to interpret what’s really being said – there’s no doubt that “I’ve Grown Accustomed To Her Face” is entirely a love song – but what an honestly bizarre way to express that love, is it not?  When you listen to it, of course you get more of the surrounding sweetness in the lyricism that makes all the difference in helping us understand this is much more about love than mere acceptance – but on sight alone, that title…man…all I could think to myself was like…okay?  How sweet could this love song possibly be?  If anything, I was thinkin’ that title’s implication was a bit entitled – I was more than pleased to discover it was much more of a metaphorical vehicle to deliver the sweetness; ultimately, it’s a beautiful song that’s about recognizing what a significant role in our lives that our significant others become…how we see them in everything we do, everywhere we are, and everywhere we go…you gotta dig that.  “She’s second nature to me now, like breathing out & breathing in” – that kind of symbiosis that only occurs within real love – “accustomed” could be substituted with infatuated, addicted to, needing, wanting, loving…it’s all these things & more…which is truly why I love the actual word that’s chosen.  “Accustomed” is such a low-key description, and it allows this song to surprise you with its vivid details.  It’s not nearly as “standard” as you might think – it’s flawlessly put together & performed from start to finish.

The quartet he’s got gently rockin’ along with him?  Doug my man – these cats are on-point brother!  Love what I hear in this combination from the music to the microphone – it all fits spectacularly well, and they earn your attention, together, through a cleverly subtle-yet-stellar performance that finds everything in the right place where it belongs from the sincerity of Doug’s vocals, to the delicate sound provided expertly by the band.  Gorgeous piano, I love the saxophone, the guitars/bass/drums are stunning too…it all fits, it all works, and they’re all brilliantly focused on bringing the heart in this song straight to the surface for all to hear, and of course, it’s the main star of the show that leads the way.  Doug knows what he wants out of his music, he executes like the genuine professional he is, and he’s clearly surrounded by equal caliber talent that complements what he can do spot-on – “I’ve Grown Accustomed To Her Face” was wonderful to listen to, and an experience I’ll certainly remember, 100%.

“I’ve Grown Accustomed To Her Face” comes out officially on August 30th, available on all major music platforms.  Until then, make sure to find out more info about the music of Doug Ferony by visiting his official sites below!