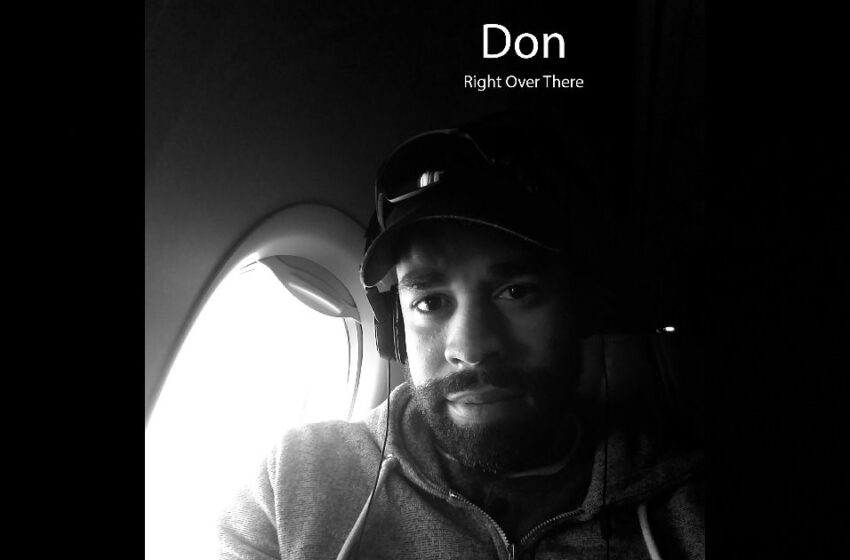 Don’s set himself up to make some serious moves this year and twist a whole bunch of dials for ya – dude’s got a double-release planned for February 22, 2022 – and that’s the kind of coordination and synchronicity I can definitely get behind!  Ticks all the right boxes on my incessant need for symmetry – so truly Don, I thank you for mapping out the release of these new records of yours the way you have.  There’s just something comforting about this kind of preparation that I genuinely appreciate…and I could only assume that Don himself feels the same; otherwise, I suppose it would be a bizarre approach I guess, or at least extremely coincidental that everything happened to line up alongside the number two for the release of his next two albums.  I give the man his due credit – he’s planned this out perfect.

For the record, you’ll be looking at Keep It Real and Right Over There being released on the same day coming up later this month in February on the 22nd – and we’ve got a sample of each here in review to give you an idea of what you’ll find.  Don definitely knows his way around the studio boards, so I can promise ya quality cuts – he’s been rockin’ his beats as a pro since back in 2020 when he put himself out there online for the first time with his debut album Today Is A New Day, and clearly he’s been intensely involved in preparing his return.   I don’t know how long the new albums are in particular, but if his first one was any indication, be prepared to turn up some tunes – he put seventeen cuts into just shy of a full hour on Today Is A New Day…who knows how much you’re about to witness with TWO new albums coming out.  All I can tell ya is that seventeen doesn’t have a whole lot in common with the number two, so I’d expect that Don’s probably switched things up in that regard set-list wise, but I suppose we’ll see! 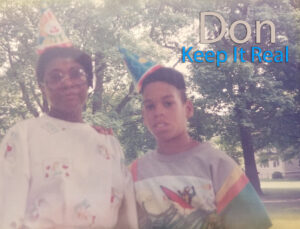 I got love for the beat-makers out there…I feel like they’ve got a very fine line to navigate, and it takes a whole lot of skill to find the real balance they need.  Think about it like this…in many situations, these beats take on an entire second life when some artist out there wants to put vocals to’em & whatnot – so as a producer, you end up navigating this terrain where you still have to make music that’s undeniably entertaining, yet somehow leave just enough space for someone else to do their thing, if that comes up one day.  It’s kind of like saying to yourself, “it’s time to make music – but not TOO much music” – you following me?  Beat-making becomes an exercise in self-restraint and knowing when to leave a song as it stands – and quite honestly, that’s one of the toughest tasks any artist or band ever comes up against.  I listen to the icy-hot vibes of a track like “Huuh” from Keep It Real and I can hear that Don has found the balance he’s looking for and has no problem whatsoever creating a cut that can stand proudly on its own, yet still offer the opportunity for its own evolution further on down the road.  Like…I don’t know what someone out there would come up with vocal-wise to pair with “Huuh” but I’m far from saying it’s impossible – it’s entirely possible – and it’s why I write about music much more than I ever make it; y’all are the creative ones, I’m just the dude reporting back on what I hear.  As a far of instrumentals and soundscapes of all kinds, in just about every genre I can think of – “Huuh” goes down as smooth as it’s intended to over here, with all its mysterious and curious sounds springing outta the shadows of our speakers along this audible odyssey as it plays.  Dig the cleverness in the bass-driven beats throughout “Huuh” – Don’s put the work into creating clever rhythmic patterns that stand out for the right reasons, and the details he’s put into the background confirm he’s got layers of depth with the music he makes.  All-in-all, I’d tell ya that a cut like “Huuh” would make a perfect fit for something in the Trip-Hop realm – think along the lines of the sonic textures and morphing vibes of a band like Massive Attack’s catalog.

I would say that of the two cuts, chances are, the people are gonna feel like “Right Over There” is the more catchy of the pair…I’d say this track is probably designed with a bit more beef to allow it to stand up on its own confidently without a single word & keep the listeners out there fully entertained.  Of the two…don’t get me wrong – I’m probably more partial to “Huuh” myself on a personal level…but as far as universal vibes & upbeat energy goes, “Right Over There” supplies all that a lot more readily.  It’s a little more dependent on how you’d feel about the main synth melody in terms of sound-selection I suppose – I could see that separating a few people from the pack that’ll devour this happily.  Don’s rocking with a very defined style of sound throughout “Right Over There” which may work more for some than others, but in terms of the pattern & writing & hooks, I think it’s pretty much aces again for the man here, and right on target.  Could there be more variation in a cut like this one when it comes to the sound?  I don’t think it’d hurt anything, let’s put it that way.  I think elements like what he’s got goin’ on with the drifting synth in the background could be turned up a whole lot more…the lead elements he’s working with are vibrant enough to stand out in the mix no matter where he set the volume at, so the rest of the track has a lot more freedom to surround it, if that’s what he wants to do.  Like I said from the start, Don’s always gotta be just as conscious of where his music can go from here…and you never want it to become too full that it wouldn’t make sense to be a beat for a rapper or singer, or fit into the scenes of a movie or show we’re watching…it’s a very fine line, but he really does navigate that space without any issues at all.  For nearly four minutes…I think there’s a bit of a risk in not diversifying the overall sound of that main synth melody or breaking it up more somehow in the structural dynamics…but at the same time, I can’t not acknowledge just how savagely addictive the hooks and the energy of this cut truly are.  Like…no joke…I’ve been turning up “Right Over There” loud enough to shake the walls right over HERE – and I suspect I ain’t gonna be the only one who ends up feeling that way.  When you’re in the mood for an instrumental cut that brings the bounce to your speakers, you’ll do the same as I did, I guarantee it – “Right Over There” has no problem pumping out digitalized grooves that’ll make your body move, and last time I checked, that seems to be a part of listening to music that the people genuinely enjoy.  Don’s got a lot to offer the scene in a variety of ways as a beat-maker, artist, and producer – I’m excited for the guy to get his two new albums out there into the world & flex his way into the scene even more in 2022.

Find out more about the man behind the music at Don’s official website:  https://www.donmusic.us