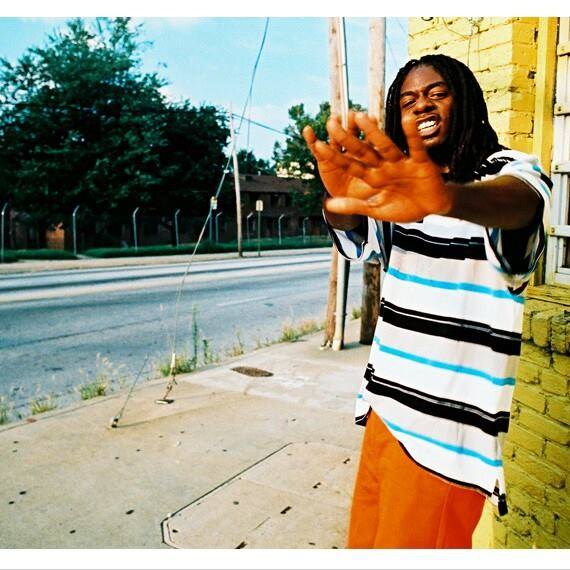 If anyone would have been around me at the studio at the time I first played “Deep Sweet” by Dirty Dollar$, they would have heard an out-loud exclamation of “YES!” Doesn’t seem all that impressive until you consider the fact that I fully knew no one was here, and STILL this rad song from DD caused me to shout OUT LOUD to myself! Representing Southeast Georgia and showing Atlanta where the real rhymes are at – this confident new single from Dirty Dollar$ also represents a ton of what I personally like to hear in the rap/hip-hop genres; this ain’t your average track by any means whatsoever.

Strangely enough…a lot of the hip-hop I like personally like actually stems from the UK and far away from where Dirty Dollar$ is living right now. Rappers like Jehst, or anything/everyone associated with what Tricky puts out, which is actually who Dirty Dollar$ tends to remind me most of, albeit less-whispery, more direct and straight-up in his approach. DD sounds confident, comfortable and right at home rhyming out “Deep Sweet” and the result is a single-worthy cut full of genuine passion for the hip-hop culture and one that shows a real respect for its naturally diverse & dynamic nature.

And I don’t even know if I’d really be able to put my finger on WHAT that sound really is…it’s like there’s a slightly tribal-aspect to the beat, rhythm and lyrical-flow. It sounds like “Deep Sweet” walks the edge of good-times & menacing-danger, straddling a push/pull of energy perfectly in this music, while the lyrics provide something different entirely. It’s much more of a…hmm…’love-song’ we’ll say…to put it mildly…alright…it’s a down & dirty little ditty really…but come on, what were you expecting from a title like “Deep Sweet?”

I suppose you could argue that it’s all an ode to a really kickass cigar…but I’m not thinking that’s the case. That being said, he’s bound to pick up a call to be the spokesman for Swisher Sweets after name-checking them in this new single…stranger things have happened!

But yeah…everything from the sharp bounce of the beat in this wild cut, to the exotic style put into the vocals make “Deep Sweet” a captivating cut to listen to. Dirty Dollar$ is onto an approach that others don’t use and an entire aspect of hip-hop that still has much creative territory to be mined & explored – so not only do I think this particular single works entirely well, but I’d bet there’s a lot of excellent music from DD to still come in the future. In a sense, the overall sound might be something a little outside of the mainstream – but don’t forget – everything is outside of the mainstream until it finds its way in! When you put your passion into something unique, and you commit…the people will find you; and from what I’ve heard here on “Deep Sweet,” Dirty Dollar$ might just be that new & innovative sound you’re looking for in hip-hop…one that has the potential to change-up the musical landscape of the genre itself and establish a solid following for years and years to come.