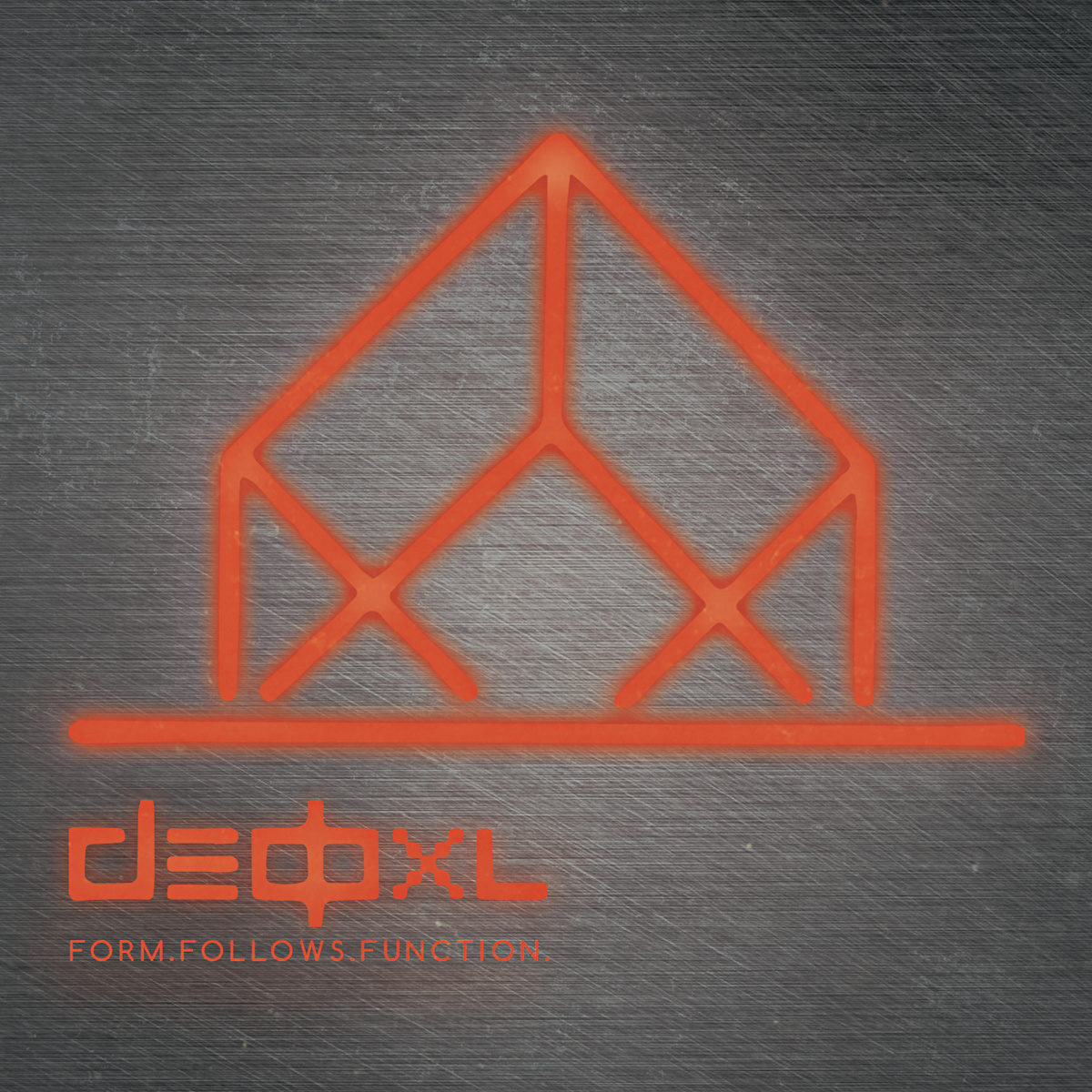 Hmmm…gonna have to go back and check my notes here…I was positive I was about to review an ambient album – I don’t know if I’d actually consider ded.pixel to be so much ambient as perhaps a lighter form of electro. Of course, we’ll all have to get out our handy genre-definition handbooks so we can split hairs on the minute details…but to me the term ambient always suggests that the music could playfully drift alongside you in a room but not necessarily fight for your attention like any other genre would be.

As it would turn out…if this is indeed considered ambient then it’s certainly not by my own definition. You see…here’s my point; I was just about to start this very sentence with something like…’from the moment that the opening track “Beyond.The.Pale.” kicks in…’

Ambient music doesn’t ever KICK IN does it? Or if it does now…since when?

Credit to what’s happening here with ded.pixel however…I could personally care less what genre he belongs in; this music is gold. Much more close to the instrumental, menacing sounds of Nine Inch Nails – “Beyond.The.Pale.” is beautifully dangerous, mechanical and fantastically surreal in sound. Excellent use of atmosphere, tone and mood through this opening experience into the Form.Follows.Function EP and the standards for what might follow become instantly raised based on the rich texture and quality of this first song. In its own captivating but subtle way, “Beyond.The.Pale.” builds up its background sounds strongly the entire way throughout until you’re fully enveloped in its dense & dark atmosphere.

I’m completely digging on the mix of post-rock-meets-post-punk on the powerful following cut “Are.We.Still.Here?” Though I’ll also admit, ded.pixel is killing my ability to type quickly with these stylistic titles of his… Keyboard confusion aside, the grind of “Are.We.Still.Here?” is an excellent one; it has a driving, powerful & strong beat to it with a melancholy and emotional pulse that truly emotes the incredible abilities electro-music can have and how it can speak to you without a single word. The final switch in style towards the last two minutes of this song was a wicked way to lighten up the mood without changing the overall feel & consistency of this track too much. ded.pixel manages to show great restraint from the flip-out tactics of modern-day electro-music and stays the course with simple but effective melodies that really breakdown the emotions they contain and communicate them to you in beautiful ways.

The tracks to follow, in my opinion, take a sharp turn from what has already been a great experience, simply to beyond any expectation I could have had; I absolutely LOVE what I’m hearing from ded.pixel. I can hear what I’d be certainly is a Mogwai influence in the music over the course of these next three – his use of piano & electronic sounds is just immaculate work and expertly mixed through and through. Playing and listening to Form.Follows.Function might prove to be one of the easiest things my ears have ever opened up to – the depth of sound and ideas put forth are magically captivating through their subtle nature executed flawlessly.

At the halfway-mark, “Cognitive.Dissonance” changes the game right in the very middle of the track itself as this whole EP lurches forward into exciting new territory and soundscapes. It starts out rooted in the sounds of sadness before springing into an entirely new atmosphere for its second half; and at the shortest song on the album’s list at only two minutes, there’s an audible ton accomplished here in that definitive switch that begins the ascension of this album to well-beyond good.

With glitches, clicks and clever transition, ded.pixel ends off “Cognitive Dissonance” and marches straight into “Malignant.” Devilish & razor-sharp, this piece of electro stomps along with real authority and capitalizes on its moody atmosphere all throughout. Also nearly like two-songs cut in half directly down the middle once again, the full breakdown leads to a comeback with an even stronger life-force, pumping away with new menace and including a synth-voice effect that blends perfectly into “Malignant.” to provide the added layer to really set this whole track into a trance inducing, hypnotic and shimmery rhythm.

Not quite sure what’s in the water out there lately…but it would seem I’ve had a lot of luck with album-finales lately. Though I try and try not to pick one…sometimes a certain song, tone or melody can speak to you in ways that others can’t…and the final song “Nil.” is one of those very songs. The atmosphere & assembly of this last cut are epic in nature…it becomes one huge wall of electro-envelopment by its crashing ending and takes you on a complete ride through a full-set of emotions brilliantly laced into this electro from beginning to end. There’s a complete underlying sense of inspiring urgency in this stripped-down yet uplifting mood ded.pixel has created on “Nil.” – and it’s intoxicating. I could listen to this track all damn day.

But in all truthiness…this entire EP has been the epic adventure I was looking for. I’ll forgive whoever thought this artist might belong to the ambient section because the music is thoroughly awesome and completely impossible to ignore. Especially right now at two-thirty-something in the morning…you couldn’t ask for a better set of tunes to echo through these walls at such a late hour.

ded.pixel has the solid ability to communicate with profound impact through his electro-music.