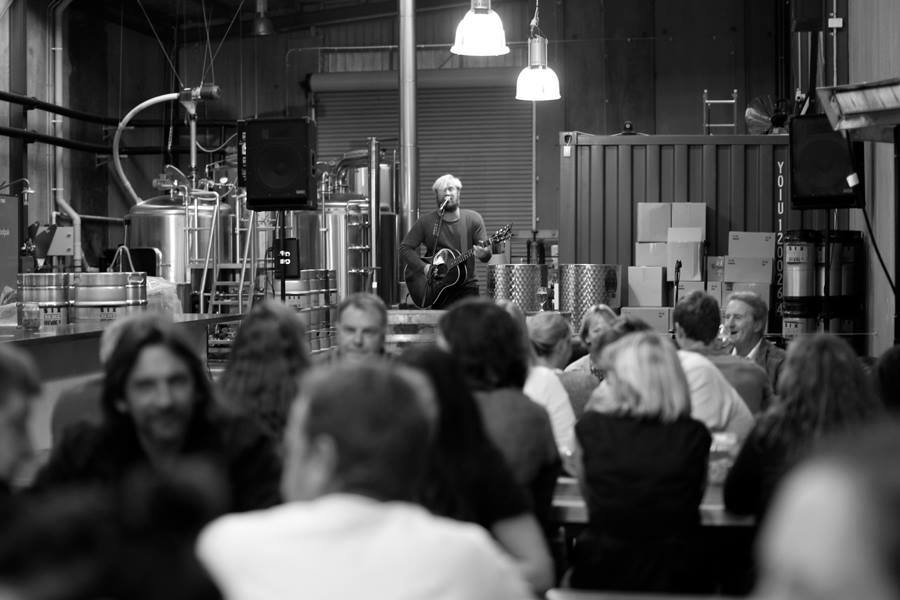 This is one seriously accomplished, talented and driven dude!

Checking into the music and career of Daxton Monaghan reveals a guy that is constantly making music. Playing shows on the regular throughout the continent of his homeland in Australia, Daxton has gone on to tour the USA in hotspots like L.A. and Nashville while continuing to gain traction with his following and the attention his hard-word & effort deserve.

Though Daxton has roamed through an expansive landscape of musical-terrain over the years with music that has ranged all the way from Grunge to Jazz and back again – the dude has the ability to play and recall over FOUR HUNDRED cover-songs – he’s currently jamming away in a more Blues-Rock & Southern-music style…and I’d be willing to bet you’ll see him exploring this sound even further down the road of his career. There’s no doubt that it’s working for him, his band and his career on the bright & energetic new single, “I Don’t Mind.”

It reminds me of a solid combination of Bruce Springsteen and something in the lighter pop/rock-vein with big-anthem style music like Go West; “I Don’t Mind” is that kind of song that immediately sounds warm & comforting…familiar but new. Great sliding guitar-notes rip around similar to the sound/style you’d find on something like The Wallflowers “6th Avenue Heartache” – those kind of familiar tones and atmosphere – but also that same kind of great song-writing that resonates deep within us all somewhere inside us. You can see The Boss has made the list of influences on the social-media…Go West might be more of a stab in the dark but I’m feeling pretty confident I can hear that band’s influence on a song like “I Don’t Mind” whether conscious or not. And aside from a brutal misspelling of Jimi Hendrix (which I’m sure has been changed by the time you read this…or at least I hope?) – I’ve got no beef with him; that entire list of artists/bands that’s served as inspiration for Monaghan’s music is one stocked-full of brilliant songwriters.

For the record…the Hendrix thing…just giving Daxton a hard-time because he already knows & loves us for it! Check out the review we did on a single for him about a year back…at that time the man was yet to have a Facebook page even – so believe me…being down to a single spelling-error is a step in the right direction, big time. If I wasn’t me…and Hendrix wasn’t one of his heroes…I’d have left it alone. 🙂

In any event…no matter what the comparison, the conclusion is more likely to be a thumbs-up from the people listening rather than not. “I Don’t Mind” has all the makings of a hit-song…and although it does somewhat feel like it belongs on a timeline similar to where those influences come from – it’s not that much of a stretch to think that a fan of bands like Kings Of Leon or artists like Ray LaMontagne or even John Mayer could find something to like here…the crossover appeal exists here for sure.

Whether it’s the solid guitar-work or vocals from Daxton himself, or the reliable bass-lines from Mike Rix, or the spot-on, crisp drums from Jamie Foster – any angle you choose to look at, listen to or dissect will reveal a flawlessly dedicated and passionate performance. The resulting combination between them is certainly a magical one; “I Don’t Mind” is a stunning pop/rock tune that houses a seriously classic-vibe and highlights the excellence in Daxton’s song-writing with a wonderfully-confident approach and stunning performances.

You can find out more about Daxton Monaghan at good ol’ Facebook now! https://www.facebook.com/Daxton6