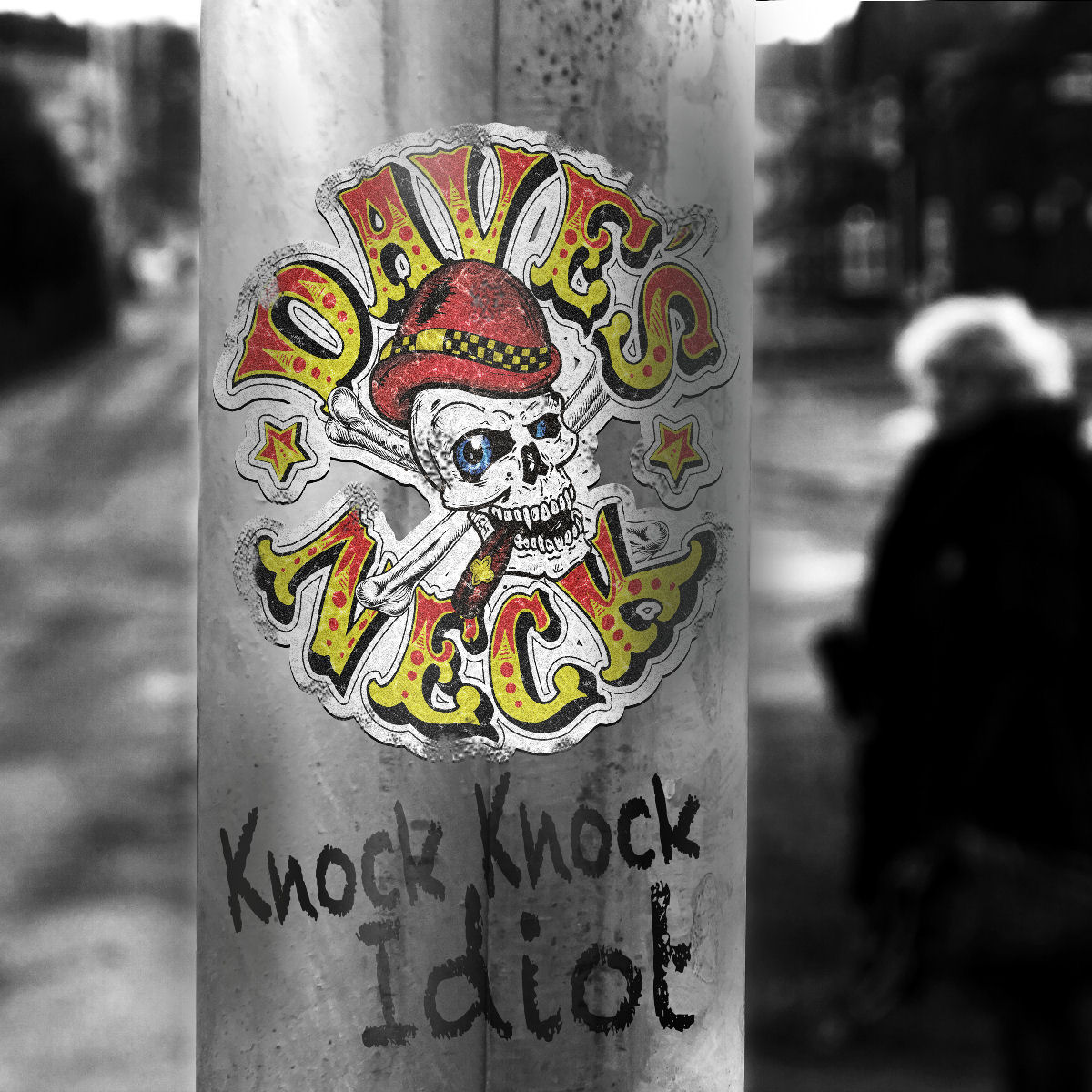 You know…not only has global warming significantly increased in the past decade, but so has the amount of genres in music!  How come no one talks about the rise of those to the dangerous levels we experience today?  I swear they’re threatening to take over the globe.  There are so many of them that the compartmentalized segmentation of music has more individual facets than there are ice-caps left to melt, straight-up.  Swedish DIRT ROCK in review today!  Who knew?  I’ve heard of a lot of genres in my time, but that’s a new one to me – and of course, I always welcome the opportunity to check out a new sound…let’s find out what ‘dirt rock’ is all about from Stockholm’s three-piece Dave’s Neck.

First of all…that’s a damn solid band name if I do say so myself.  Is it just me or is that the kind of name that basically implies you’re about to have a kickass time listening to these guys?  Something about it seems fun…like you can tell instantly they’re not taking it all too seriously…and more than likely, they’re all in on a really wicked inside-joke that got that moniker rocking.

As far as I can tell from the latest single from the self-admitted ‘dirt rock super stars,’ called “Knock Knock Idiot” – ‘dirt rock’ has got a lot in common with punk and gritty alternative.  Taking on a huge set of riffs and gigantic drumbeats with growling vocals, the energy never quits on “Knock Knock Idiot.”  For those that dig their rock-music to have that punk-inspired sarcastic attitude and real anthem-style choruses where it sounds like the whole stadium would chant along – you’ll love this tune.  There’s a classic respect for the roots of punk-music here in Dave’s Neck’s brand of ‘dirt-rock’ that you can hear; between the call & answer style of the verse to the gripping energy and approach to the chorus – “Knock Knock Idiot” could definitely be find a home with fans of bands like The Mighty Mighty Bosstones or Seaweed.  That freedom of expression, that straight-up ROCK and in-yer-faceness is all-over this track and the stuttered start/stop timing provides Dave’s Neck with all the perfect moments to really bounce their energy back & forth from.

Question is I suppose…do I feel like they’ve got themselves a defined new genre for themselves?  Could be.  There are definitely comparisons to the lighter-side of punk for sure…but I can definitely agree this is pretty goddamn dirty…the production reflects this well and definitely deserves some credit.  Left largely to their own sound without too much polish – you feel like what you hear on the recording is probably pretty close to the gritty, electrifying sound they’d more than likely have from the stage.  One of the most frequently asked questions from a band to a studio is ‘how do I get my live sound on a record’ – and though there’s not really any one set answer…they’ve definitely found an approach that represents them well here.  It’s not an easy thing to do when it comes right down to it…engineers & mixers all want to add their own chops to the work far too often when sometimes it’s best to just leave a band to thrash it out as naturally as they can sound.  Not overdoing it is just as tough on the studio-side as it is in the performance itself – they’ve done a great job of finding the balance and compromise needed between both sides between the music & production to get a mix that makes Dave’s Neck really sound REAL…and I dig that.  Maybe that’s the ‘dirt rock’ part of this band…the fact that no one in the band or around them even attempts to ‘clean’ them up anymore because everyone just knows better.

Bottom line is that even being somewhat outside of the punk-genre myself, I couldn’t deny the riotous explosion of audible-energy and all-out ROCK you get in the rawness of “Knock Knock Idiot.”  It’s got relentless attitude, genuine enthusiasm in both the music and vocals – and I think the writing really holds-up here in whatever genre or subgenre these dirt-rockers end up in.

Great writing would have served them well…but when you add the authentically over-the-top performance that Dave’s Neck brings to it…this track finds another gear past overdrive, whatever that is – I don’t know anything about cars and shouldn’t be making mechanical references of any kind really.  But you get the point!  Dave’s Neck fuckin’ brings it to this track from the moment it starts up its massive riffs, to letting loose the animalistic vocals, to the powerful final runs through the chorus to the end – the passion in the performance is what makes this track go from good to great.  They have an energy and an attitude that’s managed to really penetrate the thickness of my skull; I’ll certainly remember these guys & their music and definitely look forward to more – and that’s exactly the kind of impact you want to make when releasing a brand-new single.

Speaking of that…sounds like they’ve got an EP coming out in the not-too-distant future!  “Knock Knock Idiot” is officially released on January 6th – find out more about Dave’s Neck at their Facebook page:  https://www.facebook.com/davesneck666