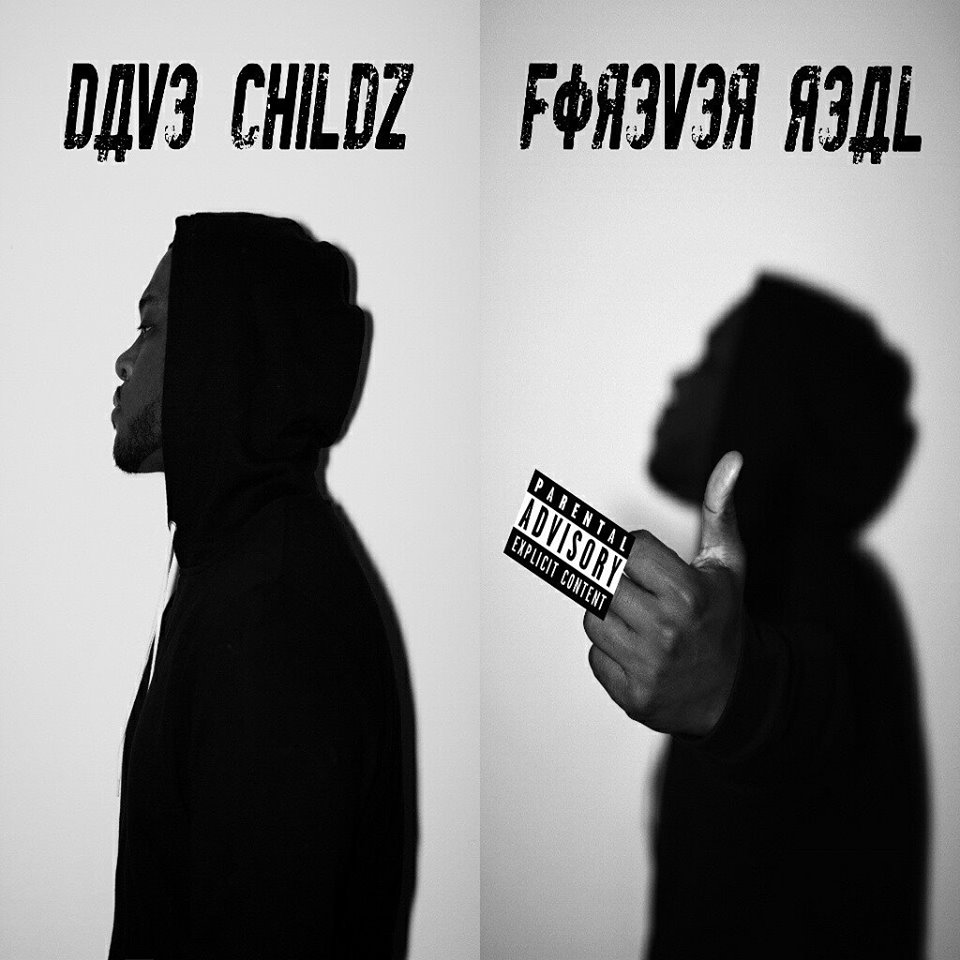 I’ve had some extraordinary luck and amazing finds within the independent rap-scene. Seems to be there’s something about the competitiveness that inherently resides within that genre that really allows it all to consistently raise its game up to the next level with the next emcee to grip the mic. Here today, with Dave Childz, that lucky streak continues for me on Forever Real; a new album full of intensity and performances put forth at his 100%.

No joke – the way this album opens up is supremely smooth. “Do Better” has one of the best rhythmic-flows I’ve heard so far this year; I love the music…perfect sample that glides along freely in behind a massively challenging verse delivered flawlessly with Childz swinging confidently for the fence & connecting right from the first pitch. I’m a huge fan of hip-hop that rolls through as smoothly as this does – Dave is completely clear and spits his words out with conviction; you can hear he believes in the music that he makes. From what I’m hearing in this opening tune – he’s got me believing too.

“The Crew” is a song you won’t see coming – and it’s a performance I absolutely thought stood out for its uniqueness. Childz raises his voice right up to explain the rights from the wrongs in ways you can’t help but hear – he’s right in your face on this track. Depending on who you are – he might be more in your face than he is in mine as far as the lyrical meanings are concerned, but you’ll hear what I’m saying – Childz is in full attack mode here on the second-cut. Awesome that he made a reference to the Fresh Prince himself…not so much that it tends to up anyone’s street-cred by mentioning anything to do with Will Smith in rap these days…awesome for the fact that I was literally just talking about DJ Jazzy Jeff only about ten minutes before to someone else completely different halfway across the world from me. The world is a strange place…and I like I’ve always said – if you keep your ears open, you’re bound to hear how music wants to be the soundtrack to your life and fit right in with your thoughts and actions.

The chilled-out vibe returns as Childz steps down from the soapbox of “The Crew” and back into the music with “Paranoid.” The way that Dave raps is one of the most signature-styles I’ve honestly ever heard – I feel like I could pick his sound out of a randomized playlist at this point. Three songs in and you can clearly hear that every time he raps that he OWNS the microphone – there’s never any hesitation or apprehension…no caution in his approach and none needed. Around three-and-a-half minutes into “Paranoid,” Dave takes you through a quick lyrical trip in a blazing display of his talent & skill as he breaks up the verse in different directions all while maintaining the beat & overall sound.

While “Paranoid” doesn’t quite have the jump added into the smoothness and becomes a chilled-beat throughout the entirety of the song, “Thursday Nights At The Hyatt (Interlude)” takes it back to what worked so incredibly well at the beginning with “Do Better.” It might be extremely short at only just-over two minutes long – Childz doesn’t even get into the track for nearly forty-seconds! But like that dull party you’re just waiting for that key-player to show up to really change the atmosphere into full-on party-mode and get it crackin…the moment that Childz begins to rap this whole script flips and he LIGHTS UP the microphone on “Thursday Nights At The Hyatt (Interlude).” Smart in a way to keep this short & sweet – instantly made me want to hear it more.

“4 AM” has a fantastic combination between the music and the vocals. Tons of space on these bars to rhyme over and Childz takes full advantage as the sounds grind with building intensity as it plays before breaking apart completely around two-and-a-half minutes in. After a short break into a musical K-hole (or in this case, C-hole) – this hazy vision takes on another life at three minutes in as it heads to the end with renewed energy and passion in the words.

OK…HOLD UP ONE MOMENT HERE…

Right at the moment that I had truly figured out what it was about Dave’s style that I’m digging so much, he just up and decides to basically SPELL IT OUT for me and everyone else on “4 AM,” and I quote…

“If you don’t do nothing different – how’d you expect that you could change?”

So many musicians spin their wheels and drown in the sea of sameness due to an inability to innovate the groundwork of the sounds from those that blazed the trail. It’s become a lot tougher for me these days to hear something that has been done over and over…even tougher to hear an artist (try to) argue that there’s nothing new that CAN be done, or that ‘music sucks’ nowadays. What I like most about Childz is that every verse, beat & bar sounds brand-new to me. While other rappers tend to find one single, solitary gear per song and rock that tempo all the way through – Childz has clearly made a conscious choice to change the game up, challenge himself and all of us through the way he phrases his lyrics. He’s always changing up the patterns and flow – but ALWAYS in ways that work incredibly well and dynamically in-sync with the beat, groove & energy of the song, and “4 AM” is a perfect example.

“DRVNK” is probably the track that might be one that is so damn serious in its vibe that it becomes all-too clever and really starts to put the smile on your face. I mean…I have laughed out loud each and every time he’s yelled out “I got no fucks to give” – it’s a freakin’ brilliant line and he delivers it with full authority. There’s a subtle-vibe of sarcastic humour that runs deep throughout this track; Childz might be “DRVNK” but he raps this one out like he’s caught on to something we haven’t…like he knows the secret to the universe and could easily tell it to us all…but would much rather fuck with us. Again displaying his ability to switch up the verse & flow with professional precision – Childz has done everything right to convince us all of his insane amount of natural talent…this guy is a pro.

As Forever Real comes to a close, he takes it back to a minimalist-level with the final-cut/title-track. Bringing up the seriousness to drop any hint of humour and take it right to the streets, “Forever Real” is an impressive ending to an album that’s been excellent all the way through. Captivating…truly. Just past the 2 ½ minute mark, Childz once again lights up the microphone with everything he’s got with speeds that could easily take a Mazerati off the line in a red-light/green-light situation. For the most part, “Forever Real” is spread-out and has a brooding subtle-intensity that ranges in its emotion; Childz shows skills in both the slow, melodic chorus and the fast-paced verse. Clearly capable of pretty much anything and proving it all in just seven songs – this man has put out a massively memorable set of songs on Forever Real. Much respect to the skill & song-writing of Dave Childz…he’s a clear contender for the top spots on the charts and you can clearly hear he’s ready to grind & grind until he makes it there.

Find out more from the Dave Childz official page at: http://www.davechildz.com/