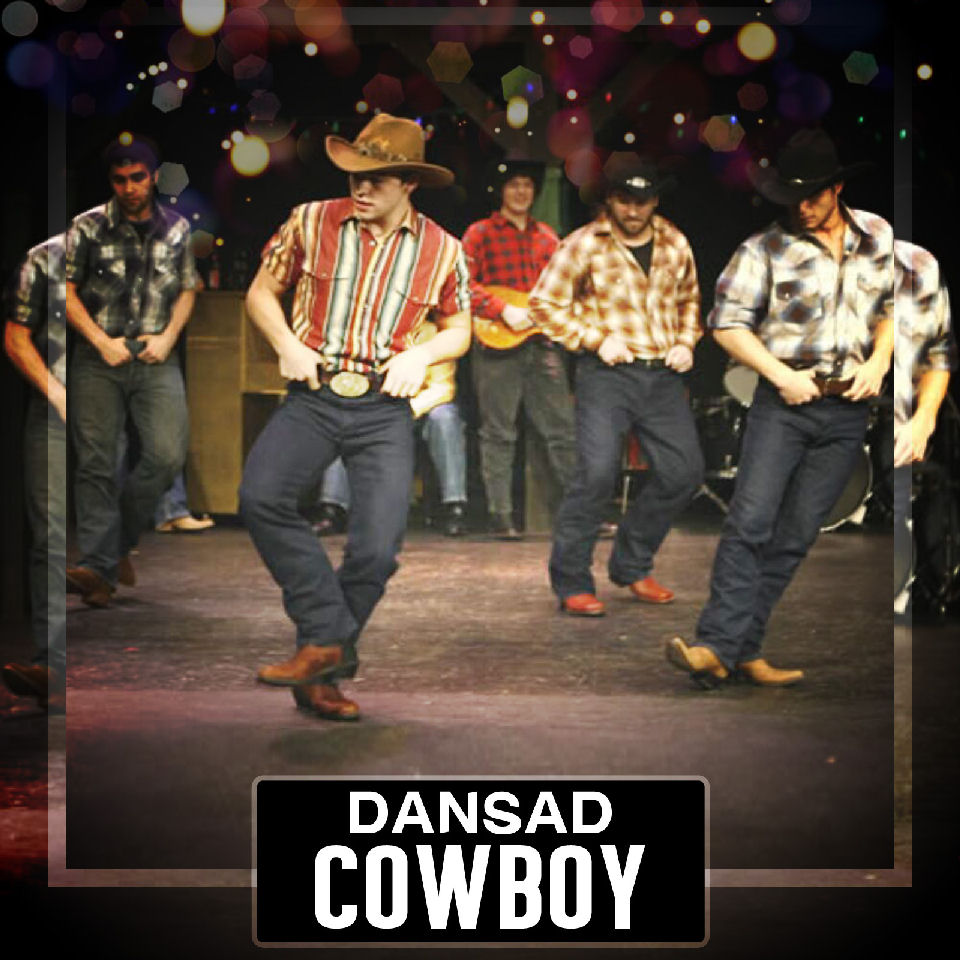 The internet-savvy Danil Sad began to take his electronic-music and production talents out into the online world from his home-base in Russia…and as a result of putting himself out there further into the world to bring his music to life – he ended up with excellent collaborations assisting him on the Cowboy EP.  We’d checked out the lead-single “Blood Of My Heart” featuring vocalist Joshua Peavy earlier on this year in September and been impressed with the highly danceable beat & rhythm in review…so much so, that I ended up also spinning the song’s ‘dub mix’ on the SBS Podcast to give the people out there a taste of what this guy has been up to!

Dansad’s new EP Cowboy begins with its title-track and the guest appearance of Addie from the US to sing over the versatile music Danil’s created.  She sounds gracious, angelic & truly beautiful in her approach and tone in the way she sings “Cowboy” – and I think she’s done a great job with the task provided to her.  I did feel like it took about a minute in before we really got to hear that extra power to go along with the melody in her voice – but around that point in the song you also get added elements to the music that thicken the structure and build overall…the song evolves strongly from where it starts.  Does it become more accessible than it begins?  To be completely honest – I’m not entirely sure; it’s not that “Cowboy” is without hooks – it has plenty…but they do go for more of an artistic collaboration on the title-tune than something straight-ahead.  I think the smoothness of the beat and the smart accenting guitar lines along with Addie’s gorgeously flowing vocals should still be enough to get the people listening out there…and I felt like what I heard in “Cowboy” is definitely the kind of song that gets stronger in the mind over time with repetition; everything unique truly does.

“Blood Of My Heart” is still a song I happily stand behind.  I think the inspired performance from Joshua Peavy absolutely hit the mark in tone, style and pacing all the way throughout to really make this entire song spring to life in all the right ways.  As much as I dig the ‘dub mix’ that eventually ends the Cowboy EP – I’ve gotta admit my heart lies with the original version of this tune.  The main mix of “Blood Of My Heart” keeps Peavy right in the thick of the mix and has the music a lot more amped-up, energetic and suiting the pacing of the lyrics perfectly…it’s got more edge to the overall idea in its original form.  Solid choice to bring up the energy of the record and quickly have this EP further evolve and develop from the more gentle sounds of “Cowboy” – you can feel the added intensity that occurs in the performance of “Blood Of My Heart.”  Check out my original thoughts on Dansad’s lead-single in review here…but know I still stand by those positive comments – I think this is a completely solid tune with fantastic movement.

I wasn’t 100% sure on who did the vocals initially on “Perfect Day” – but as it turns out, Danil took full control of this gem all on his own!  What I was 100% sure of…is that this could very well have been my favorite track on this record…I do both like and appreciate everything I’ve heard throughout the Cowboy EP – but C’MON…”Perfect Day” seems to reach for a whole other level of chilled-out creativity that is absolutely intoxicating to listen to.  The electro-synth & keys in this cut are right on the money and the layers of melody that Dansad works with on “Perfect Day” all fit together incredibly well…everything you’ll hear has a ton of groove & beautiful rhythm, all produced perfectly…the balance of this tune is audibly impressive.  You could argue that this might still be less straight-ahead than people typically accept…but I’d counter those arguments by saying that everything you hear in the hooks of the music are equally strong, if not stronger, than what you’ll hear in the vocals.  Point being – everything plays a significant role on “Perfect Day” from lyrics to music, performance to production – and it all adds up to something entirely fantastic and beautifully-realized.  With it also being the only song on the Cowboy EP that is on its own without a remix accompaniment – the extra innocent and intimate sound of “Perfect Day” somehow also felt like it became more rare & more special by comparison.  Some of those keyboard melodies he’s created within this tune are so 100% perfect to listen to and so easily taken in by the entire soul as you hear them…I’ve gotta really hand it to Dansad here – I thought this song was absolutely incredible.  If you’re familiar with the music of Styrofoam…you’ll appreciate “Perfect Day” big-time…amazing atmosphere & changing energies…great emotional texture to the words…blissful tones & beat…I ask you what’s NOT to love about this track?  Seriously strong tune from Dansad’s Cowboy EP…love, love, love this tune.

Finishing off the set of five with two remixes…I felt like the remix of the title-track, “Cowboy (MC Mix)” ended up perhaps coming out even stronger than its original version.  I still think Addie sounds just as gorgeous in tone – but I also felt like the added strength & elements to the music really filled in the space of this melody very well.  There’s a bit more to listen to on the “Cowboy (MC Mix)” and I think it served the song well by providing more depth and movement to the music…it all sounded like it fit together more strongly and made it flow in a more accessible direction for Dansad’s idea here.

Now again…you’ve heard the “Blood Of My Heart (Dub Mix)” on the SBS Podcast…so you know I dig it.  While I’m record already earlier claiming that I prefer the original form of this tune, which I do – that’s also not to say that this final remix doesn’t still bring something to the table.  There’s a massively jazzy-thread that occurs in the rhythm and groove of this remix…and the result is that the song itself really does take on a second-life in an all-new skin.  Whereas the remix on “Cowboy” felt more like additions and evolutions to the original song – the “Blood Of My Heart (Dub Mix)” shift the sound from its edgier original into a more groovin’ & friendly environment.  So just to clarify for the record – there ain’t nothing wrong with that!  It came down to personal taste for me as to which version had the edge…but truly, I appreciate both and having them be as unique to each other as they are made it also easier to have the song itself appear twice on the same short record.  Sometimes that can be a real risk to even the greatest of songs…too much exposure or repetition in a short time-frame can sometimes hurt the longevity on your playlist…but I didn’t feel that way about the two versions of “Blood Of My Heart” on this album – I think they both hold up strongly in their different mixes and provide us with something truly different to listen to between the two versions.

But I’ve definitely got no complaints overall…Dansad’s put together a tight set of five songs on the Cowboy EP that are highly entertaining, creative, well-produced & well-written.  The support he’s enlisted as guest stars all validate their appearances through stunning performances and clearly give their all to each moment.  Clever remixes…solid originals…Dansad’s put a lot on display over the course of five-songs that I think the people out there will truly appreciate.