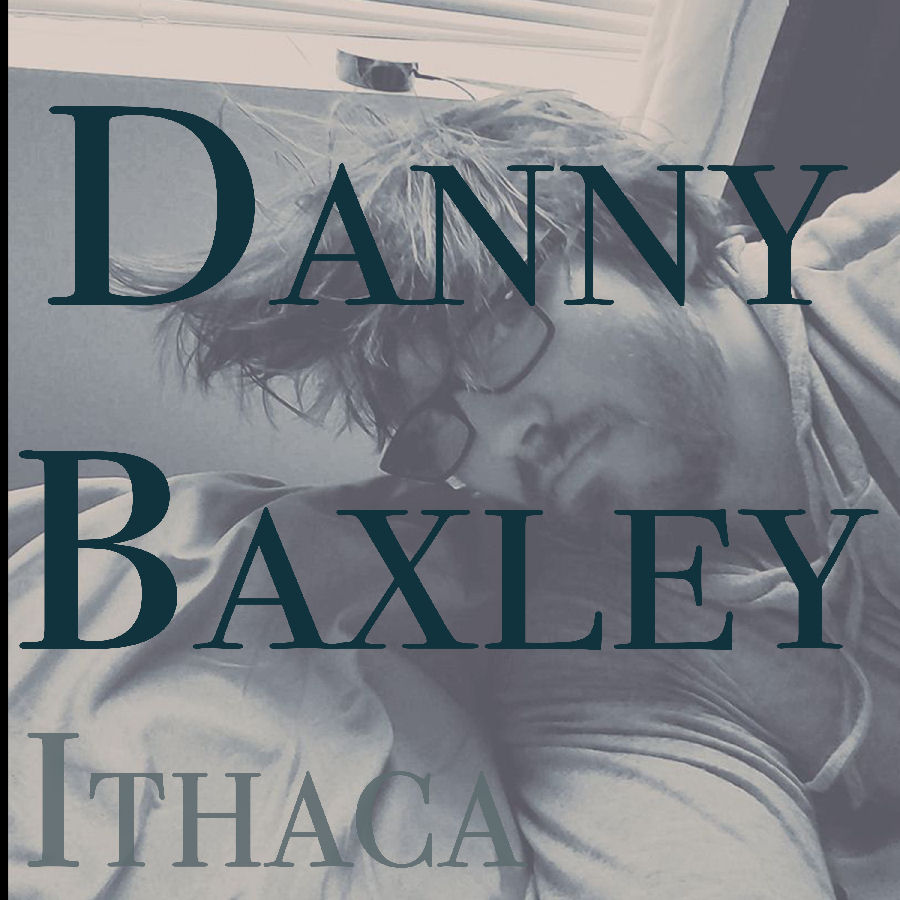 To be fair to Mr. Baxley…and to you…many of my thoughts on these songs have already been discussed prior through the past review done on the full album of Love Sex Alcohol – you can find that here.  In general, he likely knows much of what I feel about the songs he’s chosen for the EP.  That being said…I’ve still got lots to say about this set of four…and specifically, we’ll examine the choices he’s made in terms of bringing the people into his music with these four cuts from the official album.  As many of us out there in the artist-realm know and understand…we can often have a different perspective on our own stuff that differs quite greatly from how others see/hear what we create.  When it comes to a brand-new record and the enthusiasm & excitement surrounding the creative-process…it can get really, really freakin’ tough to have an idea of what to put out there for the masses.  Quite often, that’s where people like myself and sites like SBS end up getting involved behind the scenes…for every couple reviews you see online, there’s usually one or two in the background being discussed & readied for promotion…opinions being gathered and consensus’ being reached on how to plan the attack.  Sometimes those outside perspectives & opinions can snap us right out of our own protective bubbles where everything is awesome…but also quite often, that feedback can help steer us in the right directions and find the best angles to get people to listen.

Mixing up the order and rearranging things can sometimes even make a difference.  For instance, I think you might arguably get a better opening track on the mini-version of Love Sex Alcohol than you do on the full album with “Lose Control” starting out the set of four on the EP.  Of course…coming out of the gate strong also means that it becomes tougher to keep that roll going…that catches up to him quickly here in this set with “Dream More Time For Crime” and “Crossed A Line” following “Lose Control.”  Make no mistake…Baxley’s music isn’t necessarily ‘straight-ahead’ no matter what you’d choose – but he’s got some really unique ideas and a genuine interest in the material you can easily hear; listen to the way that “Lose Control” is constructed musically, you’ll hear exactly what I mean.  Vocally, things come together for him in an artistic way on this first cut from the EP…part ranting, part singing, part style.  Even though I’d still consider this to be on the fringe…I think the electro-combinations work really well for him and create an enticing sound to start us off with – it’s a solid choice.  On an EP released so closely to a full album, you also don’t want to play ALL of your cards at once…you want to represent a taste of what you’re capable of, and I think “Lose Control” really gives people a great sample of what Danny can do and what you can expect from him.

“Dream More Time For Crime” was a tougher track for me to justify on the full version of Love Sex Alcohol…it seems more likely that you’d find a cut like this on an EP.  Had Baxley tested the waters beforehand…who knows…maybe it would have remained on this shorter version of the record…it’s hard to say.  I can understand the difficulty in the decision…the more I’ve listened to this track, the more I’ve found a real appreciation for how he’s made the music and mixed this cut; I still think he needs another take or two to nail the vocals into the exact sound he’s looking for…but the music itself is actually pretty damn tough to ignore.  When I consider it being one of the four cuts selected to represent his sound out there to the people…it becomes a seriously tough call – I think there were better songs on the full album that would likely serve him better overall…but every time that first electro-break comes along at about the 1:20 mark, I tend to disagree with my own assessment.  There are some great things happening here – it’s really only by comparison that I know Baxley has much more in the tank and in store for listeners.  The overall ideas on “Dream More Time For Crime” are solid in the verse; not so huge on the chorus but I still think it would work…just all needs one or two more takes in the vocal-booth to get this one where it needed to go.

“Crossed Line” from the full-album becomes “Crossed A Line” on the EP…other than that, the song remains intact.  “Crossed A Line” takes the feeling I had about “Dream More Time For Crime” and Danny’s vocals but adds in more melody and hope for the future.  The combination of guitars and electro really work well in his favor on this tune and I do think this was a good inclusion on the EP.  It might sound like it wanders a bit at times…but for the most part “Crossed A Line” highlights the unique approach and style of Baxley’s music pretty well.  I think you get a better sense of how he CAN sing on “Crossed A Line” and allows for his vocals to have more freedom to pursue the melody…and in that sense, probably a solid representation of the bizarre-but-melodic mixes of ideas, effects and sounds that he’s working with on Love Sex Alcohol.  It wasn’t my favorite tune from the full-album, but it wasn’t my least favorite either…would have likely been another track that would have been great to float around to the people pre-release; but I also can’t imagine anyone really saying no to the uplifting feeling that seems to come along with the music on this tune.

He puts himself in decent shape to make that impact through “Ithaca” coming at the end of the EP.  I still don’t know that I can quite put my finger on what it is that makes this one as special as it comes out sounding…there are still many ‘Dannyisms’ in the vocal-department…BUT…the music and flow of this cut has a real interesting vibe to it that I feel like the ears can’t help but acknowledge.  He tells an unique story through the lyricism on this cut & wanders a bit as well through self-reflection & what sounds like memories mixed with slight nostalgia thrown in there for good measure.  The punch into the chorus sounds great in with the music and really hints at even more potential for this artist in his future…I love a lot about the way he sings this one and am only at odds with a few spots that give the melody slight difficulties…but as an idea overall, I liked this tune before and still like it now.

So…I suppose the real question is…would I have chosen a different four songs from the official version of Love Sex Alcohol to make up the core of this EP and get people to listen to Danny Baxley?  You bet your ass I would!  But to be fair to him…I’d be likely to say that about literally every artist/band I’ve almost ever listened to…so I’m not putting that on Danny, that’s just the way things are.  We all hear things differently and I’m positive there are many, many people out there that think I’m way off base with the opinions I have and things I say about any given record.  That being said…you all know I’ll always listen & people seem to keep on coming back, growing and evolving over the course of subsequent releases year after year now…so maybe there IS something to some of these word-things I’m writing…you can be the judge on all that.  My bottom line is…stick to your instincts and trust your gut…doesn’t matter how many of ‘me’ are out there in the world telling you to do something differently – it’s your art and you have the complete freedom & are highly encouraged to always express yourself in the way that makes most sense to you and your music personally.  Danny is a highly creative musician with a lot of potential…I think you get enough of that here on the EP to be encouraged to want to listen to more of the music he’s making – and really, isn’t that the point?  Like I said…you never want to reveal the entire set of cards right away…he gives you enough to peak your curiosity here and entice you into finding out more about what he creates by listening to the full-album version of Love Sex Alcohol.

Now…because I DO always feel like I know what’s best in music, whether or not I’m right or wrong about that fact, I’m going to do Mr. Baxley the best solid that I can and play a tune off his album that I think really represents his music in the brightest of lights on tomorrow’s episode of the SBS Podcast…stay tuned for that!