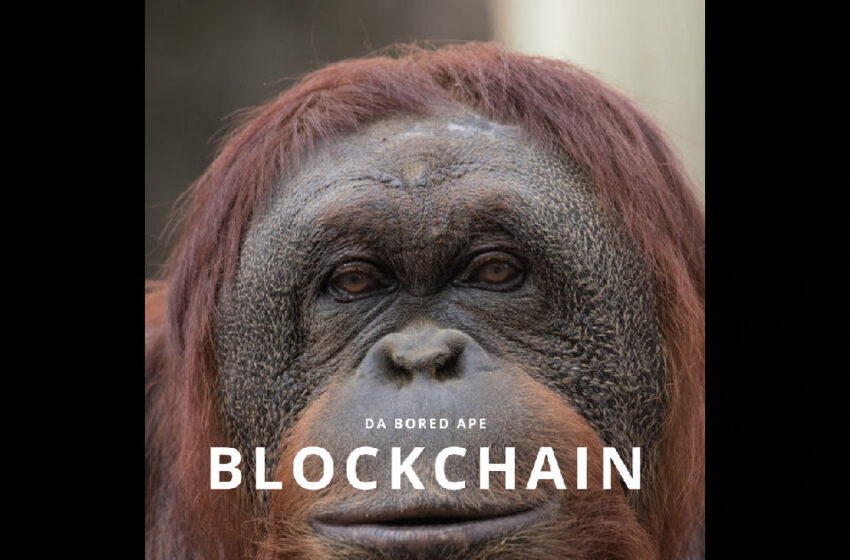 Fully stoked to lead the way into a new digital revolution completely capable of benefitting every artist out there around the globe, Da Bored Ape teamed up with Lil Brows and Apollo Son to reveal how much more there is to the future of making music than simply stackin’ up pointless paper.  With the advent of NFTs, artists and bands have more creative freedom and control of their career than they’ve ever had – this entire visionary crew has dropped the audible blueprint of how to make your music work for YOU in the modern era – their brand-new collaborative single “Blockchain” is out now and bumpin’ worldwide!

Enlisting the slick sound and professional production of beat-maker Apollo Son to pack the punch into the lefts and rights, along with legendary underground rapper Lil Brows to create a hard-hitting slice of infotainment, Da Bored Ape’s “Blockchain” was designed to reveal a better, more lucrative path for the artistic realm.  “A game-changing technology” that’s shifting the power of music straight into the hands of those that make it – “Blockchain” was written to be officially minted as an NFT, highlighting how this exciting digital process is about so much more than mere pictures – it’s an entirely new way for artists to do business and take full control over their success, not only in the present, but for the future to follow.

From the rhythmic swagger of Lil Brows (King And The Sting Podcast) rocking the mic, to the bulletproof beats expertly produced with surgical precision by the supreme talents of master mixologist Apollo Son, “Blockchain” is an innovative display of next-level talent & ideas combined together as one.  Following the flow from Da Bored Ape’s concept, right on through to the results of a sensational collaboration fully unified – together they’ve created a massively addictive cut that stands proudly on its own, while also symbolizing the potential and possibilities for the creative arts to start thriving inside the digital realm.

Ready to make their mark in music’s history permanent, everlasting, and all-out revolutionary – this new single “Blockchain” is where it all begins – and this story is far from over.  Da Bored Ape is on a mission to blaze a unique trail that benefits the artists & bands around the globe, and perhaps most importantly, cuts like “Blockchain” serve to keep the hype justifiably strong as the industry surges in a new direction.

“Blockchain” is bigger than a moment – it’s a movement; and a smart investment in the future of music.