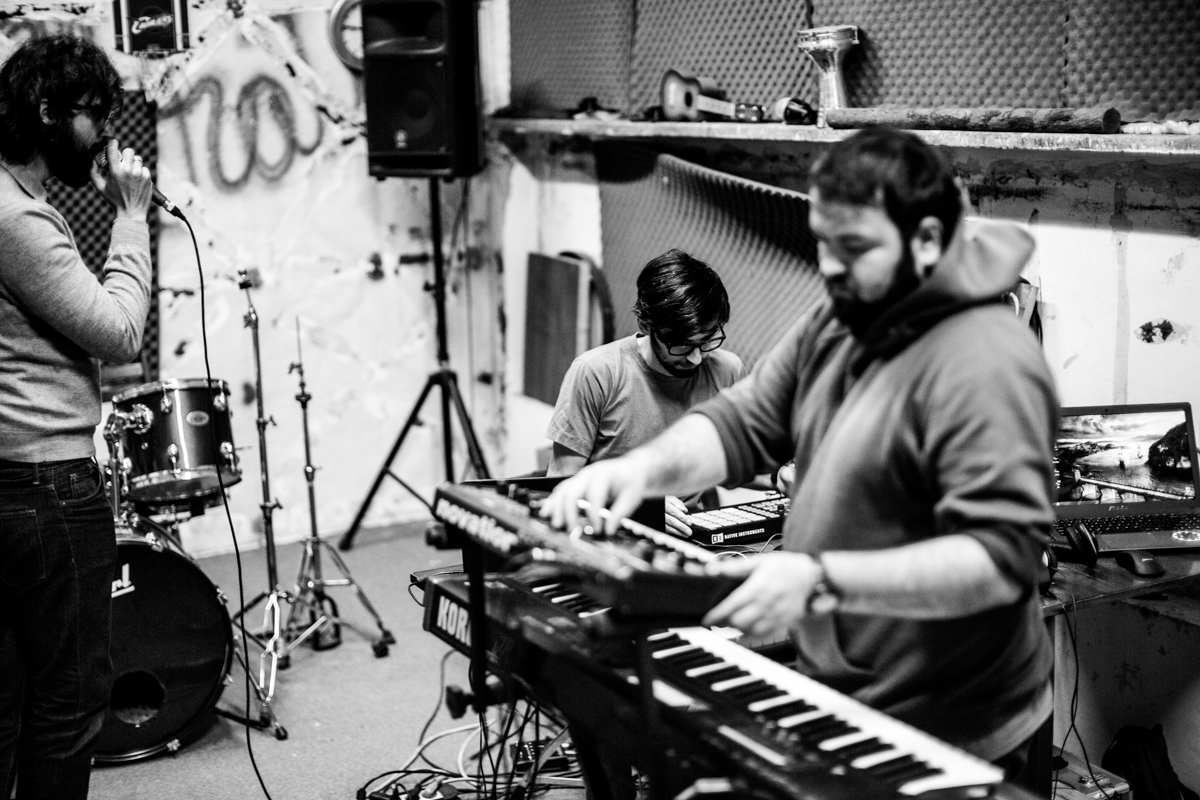 What a bizarre but entertaining composition!

I mean for real…this new song “Paradox” from Crowd Control sounds like it has as much in common with post-punk music and Primus as it does with electro and pop – you tell me how that’s even possible!

Truthfully…I’d chalk a lot of this one up to the added flavor of culture in music and blending of genres through a worldly-perspective; Crowd Control comes to our pages all the way from Romania.  Always impressive to hear what’s happening in the indie music-scene throughout different corners of the globe…we’ve been to a lot of places through our pages…but I’m struggling to recall hearing music from Romania any time before this one.  Is Crowd Control a good benchmark for what’s happening musically in their country right now?  This I don’t know…but I can tell you that this indie-electro band has certainly created something both interesting and unique on “Paradox.”

Gotta say too…if you check out ONE indie music-video this year…you might just wanna make it the one supporting the music of Crowd Control’s “Paradox.”  Seriously flashy…solid editing and some truly incredible ideas are put into play – and between the uniqueness of the song and the innovative way the video is put together – Crowd Control just might have something that will not only catch the interest of people like myself, but many out there.  I think as a song itself, there’s a lot of appeal for those that like their ideas a little bit on the stranger-side of music’s spectrum…and I think that the video takes good care of anyone that might be on the fence about what they’re hearing.  With the incredible onscreen visuals accompanying a song that stands out to the degree that people will notice its different approach and sound – I maintain, Crowd Control could definitely appeal to a large portion of the globe with this clever combination.

Whether or not this song is completely something you’re into will always be a matter of personal-taste & opinion…but I think there’s always value in creating a polarizing sound like this one.  On “Paradox,” Crowd Control has created verifiable hooks, though they work in a different way than most songs do.  Whereas many build towards those hooks in the writing, Crowd Control dives into them right away and the entire track is really one big gigantic hook that will either catch your attention or fly right by you.  Is it perfect?  Kind of…I mean, you really can’t fault anything in the sound, performance or production – it’s all nailed-down tightly on “Paradox” – so again, it’ll come down to personal preference for most.

I think the rhythmic nature of the lyrical flow combined with the jazzy-electro beat could be the key in most people latching onto this song.  It takes a couple spins to really appreciate what’s being done on “Paradox” – but there’s never anything wrong with that, get in there and listen!  I found the more I listened to “Paradox” the more I appreciated the slickness of the composition and performance, even the sound overall.  I embrace the not-normal all the time…and I think this track was written with a real uniqueness to its texture and style that was really captivating to listen to.  Thumbs-up to “Paradox” from Crowd Control featuring Rodion G.A. – even if I can’t quite put my finger on what it is myself, I still think there’s something here that really celebrates versatility and creativity in music – and I dig it.