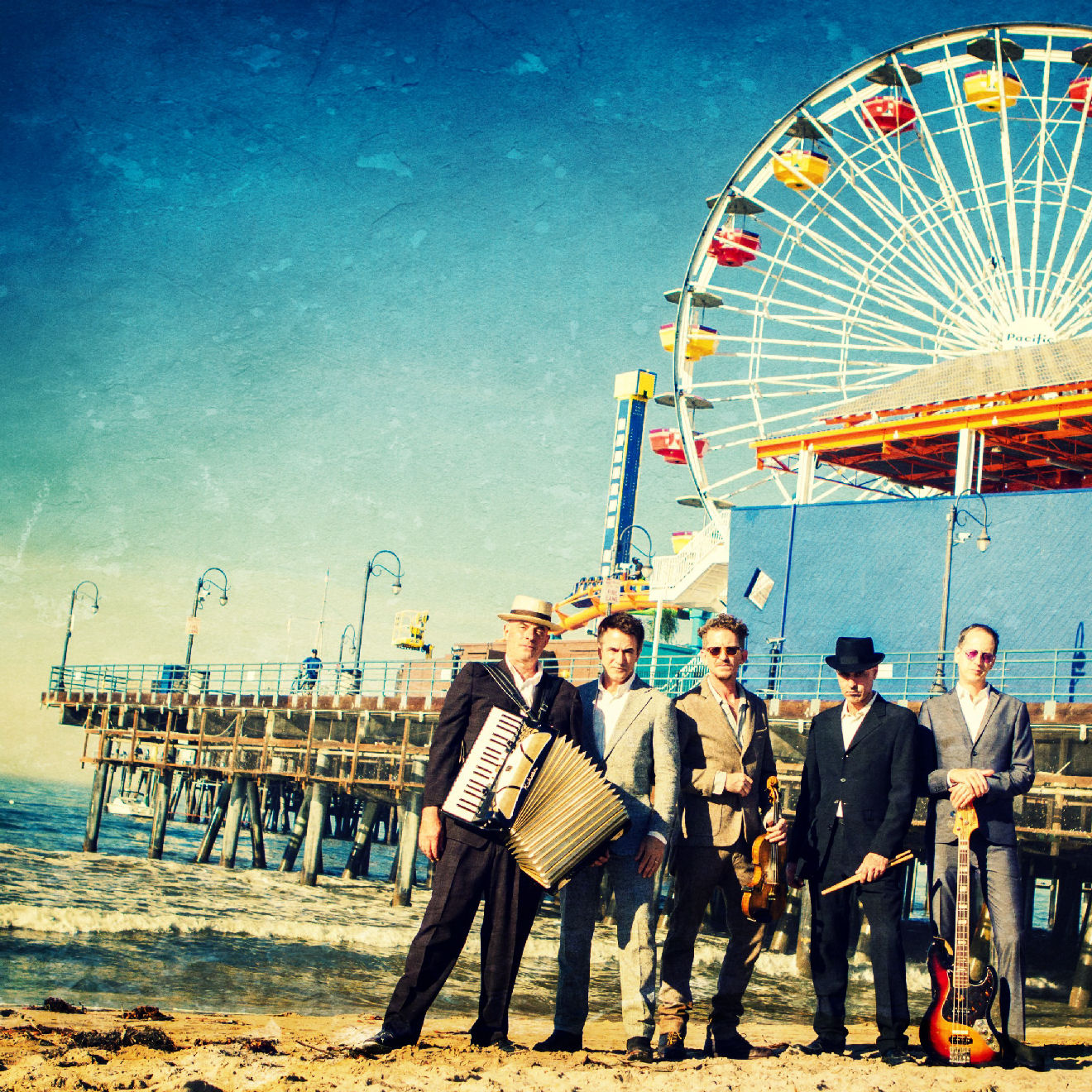 As per my curiosity when checking out the music of Cranky George for the first time through their single “Nighttime” from their recent album Fat Lot Of Good – I mentioned wondering about what else they might have in store for us.  And well…here we are now, checking out the second single from the record called “Misery Road” to see what might be similar, what’s new and what’s exciting about this new tune.

The five-piece band seems to be right in the rhythm & groove immediately off the drop on “Misery Road.”  In fact…for a song that references ‘misery’ in its title, you’ll probably be a bit surprised at just how clean, clear and inviting the rhythm is instantly on Cranky George’s new track.  It sounds comfortable, rhythmic and smooth as it rolls along through the verse led by the sweet sounds of guitar, accenting accordion and genuine drawl in the vocals.

While it really does kind of stay in a very chilled-out gear throughout its 4-min length, the song really finds fantastic ways to build itself internally…the vocals for instance, really spring to life in the chorus of “Misery Road” beautifully…the melody-line of this tune has a classic sound to it that highlights the Cranky George connection to music’s historical influences while still sounding fresh for us to listen to.  I was enjoying myself plenty enough through the verse alone to be quite honest…but progressively, each chorus in “Misery Road” sounds better and better as they continue to fill the sound sweetly with some of the signature-style harmonies that really make this band a great listen.

And really, there’s a lot working in favor of this tune…in my opinion, this band certainly has an excellent grip on how they want their music to sound and execute to a high-degree of professionalism.  I liked the lyrics and the lyrical-flow of “Misery Road” and felt they really suited the music – but it was really how they were sung that made the difference for me.  Like I said…a lot of the changes happen internally, by which I mean pace-wise from verse to chorus, we’re pretty much kicking-it in the same tones, speed & rhythm with more accents to the subtle changes coming in through the bass-lines and ideas from the vocals in Cranky George.  The melody-line they’ve stumbled onto here sparkles through the second-verse and continues on strongly forward…by comparison, you can hear they played the beginning of “Misery Road” fairly subtly…there’s a lot more power that gets put into the vocals as the song plays on, most notably in the bridge but it’s the combination of real sweetness & power in the vocals that brings it home through the chorus.

In a blend of Folk/Alt-Country/Americana – I think Cranky George did another impressive job with what I’ve heard on “Misery Road” – and I’ve got respect for the way these guys craft a song and melody.  You can hear plenty of added elements in the percussion, instruments like the accordion have its moment (well, several really!) and the real focus required to pull off a single without flaws.  I mean…what would you change?  It may or may-not be your taste in music but there’s zero doubt about the fact that Cranky George puts themselves right into the moment and the melody of “Misery Road” with resulting perfection.  I’m kind of honestly surprised by these guys in a good way…I feel like it’s a sound/style that I’d normally attempt to resist harder…but man, Cranky George just gets it RIGHT, know what I mean?  I can’t resist an amazing vocal-melody in any genre…”Misery Road” certainly has one…and even being somewhat outside of their style & sound for what I listen to regularly, I was definitely won over by this song.  Another commendable job from Cranky George and another solid reason to check out their full-album Fat Lot Of Good.

Find out more about Cranky George at their official page:  http://crankygeorge.com/