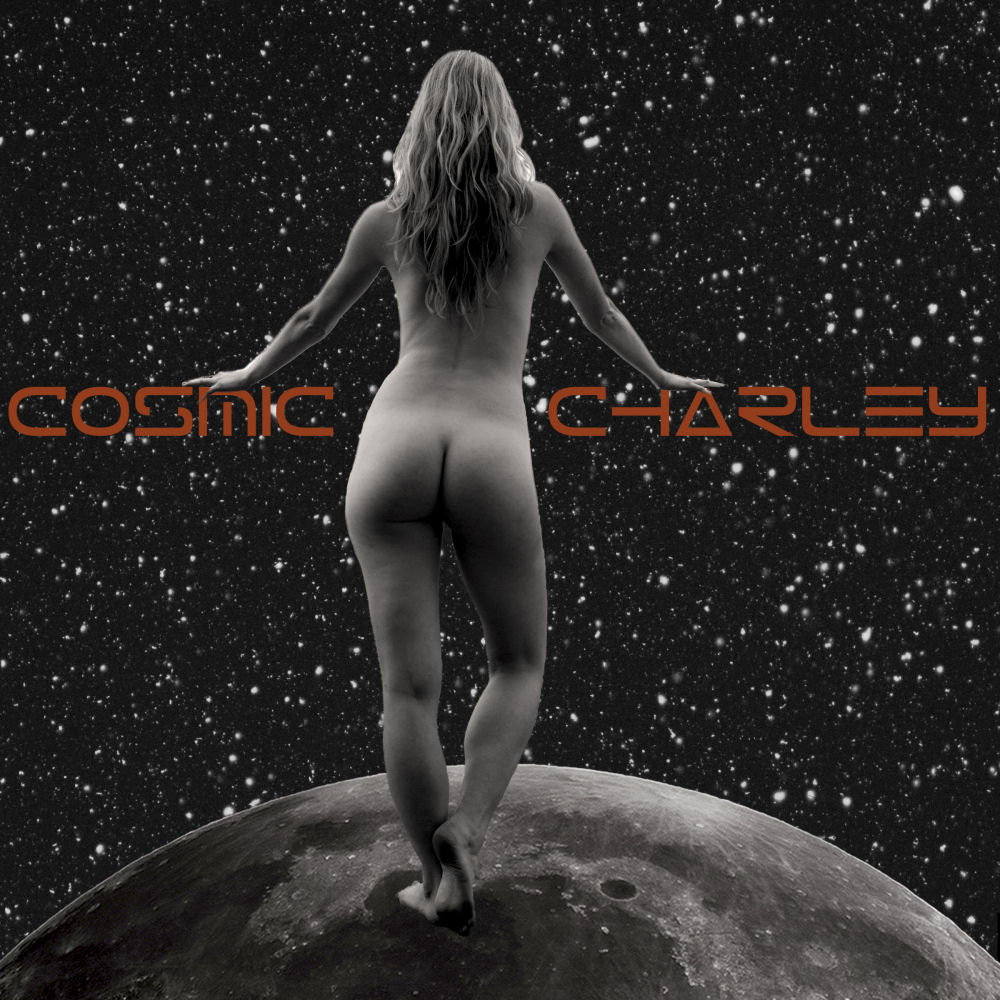 Despite being located in British Columbia, Canada…it feels like it’s been forever since I reviewed some good ol’ Canadian rock – so I’ve gone and got myself hooked on this band from Lethbridge, Alberta called Cosmic Charley to help fill this literary void. After intense spins through this disc, I can only hope this review writes as easily as their new self-titled EP actually PLAYS; this is one intense ride packed into seven songs.

To call it simply ‘rock’ would be a misstep on my part…there’s so much more here! I love the twists and turns on this EP and truly found nothing on it predictable whatsoever. The opening track sets the standard quickly; “Asexual” sounds like a traditional funk-rock start to it all – but just wait until you hear the attitude and the instrumentation. The breakdown at the end of this opener really highlights immediately, the undisputable fact that these guys can PLAY.

So who ARE these guys anyway? Well…if you check into their social media you’ll find that, officially, you’ve got Nathan Kunkel supplying the plucks and screams, Thomas Bird slaps da bass and Tony Arsenault beats da skins. I can heartily confirm all of this. They do all of these things and more. The second track “Scream Like A Bear”, a jazz-meets-funk-then-has-a-backroom-brawl-with-rock piece (Like, obviously right?) that reminds me of Cake is another quick look into the depth of Cosmic Charley early into the album as this three piece demonstrates their diversity right out of the gate.

“Don’t Know What I’m Doin” might be arguably the most “straight-ahead” of the entire song-set, but there’s absolutely no argument that can be made against this absolutely rocking track destined for long drives at top speed and volume in your cars this summer. Flawless rock, perfectly played with a wicked vocal hook and undeniable groove. Talk about undeniable – the following track “Right Here Right Now” is insanely addicting for its guitar and vocal-riffage. Nathan is clearly bringing the best of his plucking and screaming to this track right through and up to the final moments of this track; he’s singing this one like he’s barely hanging onto his own sanity! Awesome.

By contrast – coming right after the beautiful freak-out of “Right Here Right Now,” you get a track that snaps together more tightly than the Lego Movie did at the box office – “Devil’s Wife” is Cosmic Charley at their blues-funk best. Thom and Tony obviously communicate incredibly well in the rhythm aspect of this three piece, and keep it all moving so well that Nathan can bring in a solo or a change-up at any time and everywhere they choose to go with him sounds perfectly in place and incredibly natural. And as previously mentioned – these guys can PLAY – their music is intensely written and there are several sharp cuts that require the level of skill these guys have to truly pull off well.

“No One Around” is another track I latched onto quickly. Nearly hitting the tone of Scott Weiland through both music and the tone of Nathan’s vocals in the verse…it begins slightly reminiscent of the Tiny Music…Songs From The Vatican Giftshop era of Stone Temple Pilots. Great hooks in this verse as well…but that chorus is for those who truly savor the special moments and places music can take you to. I’ve been a big fan of the vocal arrangements from this band all the way through but the way Nathan attacked this chorus with full-out commitment, confidence and strength really sold the emotion in this track and made it a genuine stand out.

A large argument could be made for the case that they have saved the best for last, closing out on one killer finale with “Do This Alone.” Trading screams for sweetness, this track purrs along, teasing at explosion. Instrumentation again completely stands out; Tony is more than beating those drums back there, he’s practically laying the blueprint for impressive drum work. With its bendy-ness and epic scale, played as well as it is, also reminds me of the massive songs of I Mother Earth, another fine Canadian band. When I think back on the depth of this seven song set and the way it all comes together, it actually reminds me a lot of IME and in the best of ways; these songs from Cosmic Charley will take you on the sonically tripped-out adventure you’ve been waiting to have this summer.