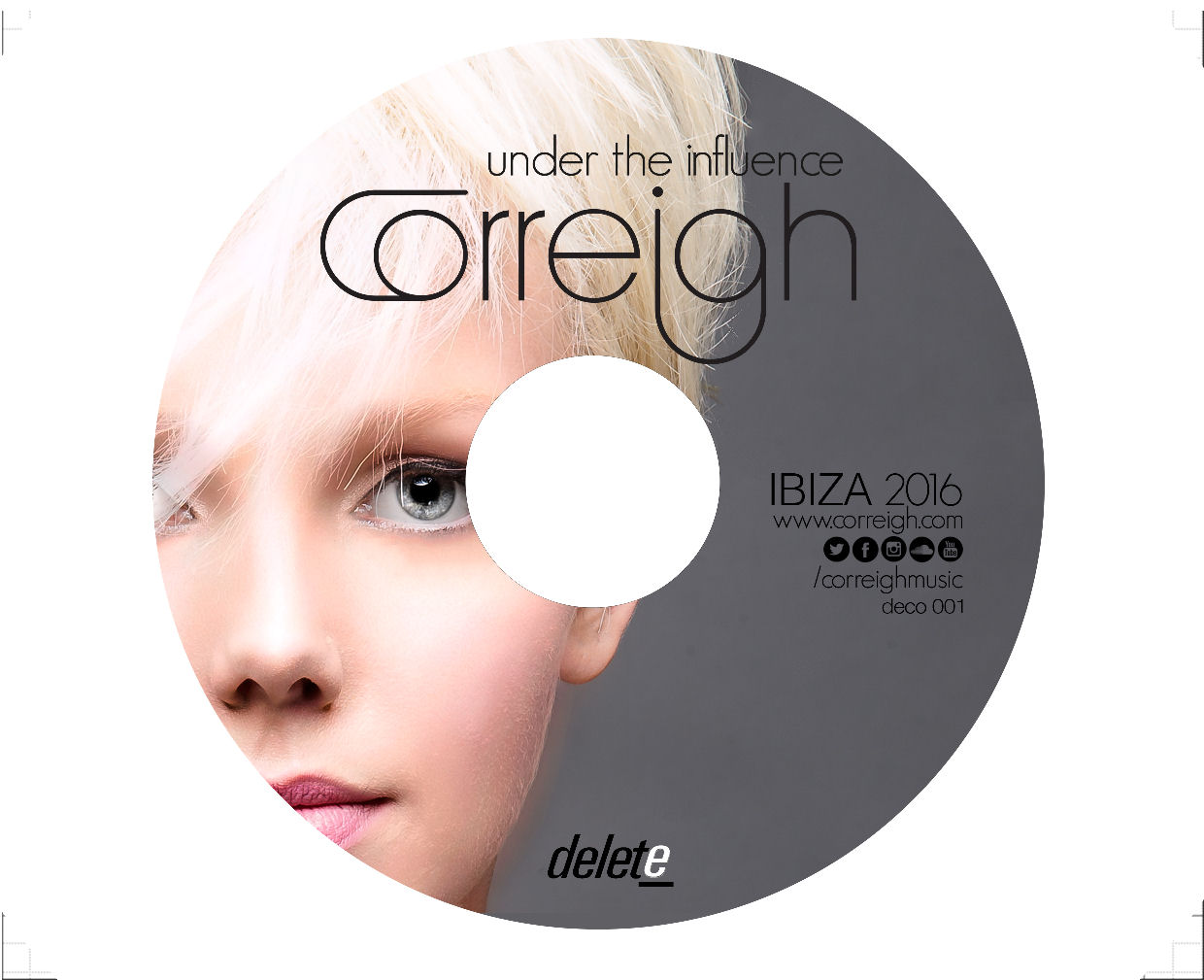 Correigh – Under The Influence – EP Review

I’ve always been a fan of cover-songs and remixes…I’m not one of those people to be known to be all about the ‘original’ to the point where I can’t appreciate a different experience altogether, which to me, is what a cover song IS as long as it doesn’t set out to become a copy of the initial version.

Enter Correigh…who right off the bat will blow your freakin’ mind with the innovative approach she had to two very familiar tunes often found on my own personal playlists, redone in her own captivating style and authentic approach.  THESE my friends…are the kind of cover-songs that truly define giving a song a new life…and she’ll continue her insightful approach to two more covers I wasn’t as familiar with to round out her new Under The Influence EP – but believe me dear readers, dear friends…we’ve got a very unique approach to the electro/R&B sound here with Correigh…this is VERY exciting to the ears.

As far as I can tell, we’ve got an all-covers album here that for the most part would completely trick people’s ears into believing they’re listening to four all-new songs…and THAT alone is more than impressive.  With the incredibly confident and innovative approach to each song’s brand-new skin, Correigh OWNS this material in performance like it was all her very own from moment one.  With the decisive differences in style & sound to each & every one of these tunes – it’s really impossible to argue anything other than the fact that this IS all-new to us…and quite possibly one of the most genius EP’s out there when it comes to the transformation of songs genre to genre.  Correigh has an incredible understanding of adaptation and with an entire record full of guest-stars, each of these songs seriously shine in the brightest of lights as this talented singer/electro-artist redefines music you already know but have never heard like this.

So…I mean…you’ve already read what my impression of Correigh’s sound is….somewhere in the electro/R&B world like I’d mentioned earlier.  Maybe trip-hop…I think that’s a fair categorization as well.  So now ask yourself what songs by what artist or bands you might think she’ll start the EP with.  Did you come up with Coldplay and System Of A Down?  That’s right…I didn’t think so.  In fact…I think you’d have to search pretty far & wide to even find those two bands on ANY playlist, let alone someone’s cover-song EP!  Now ask me if it works here on Correigh’s Under The Influence EP…and I’ll certainly respond with an enthusiastic YES.  Back-to-back…there aren’t too many situations you can imagine these two working together, but part of the real magic to this record is the fact that EVERYTHING sounds in-place and like it completely belongs here.  Aside from a familiar haunting atmosphere in the opening of “Don’t Panic” – everything we hear becomes completely new and very quickly as the bright electro-jam begins.  Correigh opens the album with a growing confidence to her voice, starting delicately before unleashing bolder tones as the song continues to build.  Lyrically, I thought this was a song that really makes audible sense in this new light, atmosphere & approach…”Don’t Panic” makes for a fantastic opening.

Being very familiar with the intricate nature of both the music and lyricism of System Of A Down’s “Chop Suey” – I was DYING to hear how Correigh would possibly adapt this to her style.  In my opinion…”Don’t Panic” is a great beginning…but for anyone familiar with the SOAD version of “Chop Suey,” hearing what Correigh has brought to this version is what will absolutely sell you on this fine lady being a real visionary when it comes to where these songs could go.  I wouldn’t have thought honestly that “Chop Suey” would be able to find a suitable variation on its original form – but somehow, Correigh has not only done it, she’s made it incredibly accessible and completely inviting in its new cover-version.  Impressive to say the least!  I thought the rhythm & groove of “Chop Suey” as done by Correigh had incredible punch to the mix, great power in the chorus and a solid, innovative twist to the delivery of the lyrics in the verse that really added in the melody in clever ways.  Arguably, it’s probably the biggest ‘hit’ song of the four she’s chosen to cover here…and I think the boldly confident way she’s chosen to take this song on would potentially win over a ton of people here.  Certainly won me over with this tune…I would have thought “Chop Suey” would have been nearly impossible to adapt into an inviting style of sound to listen to – this was awesome!

The next song was not a song I knew prior to writing this review…I might be a bit behind on this one.  A band called Radical Face wrote the original version of “We’re On Our Way” – and after hearing this new version from Correigh, I had to check it out.  I had to find out if the previous version had even 1/10th of the strength I hear in this new variation of the song from Correigh…because I found “We’re On Our Way” to be perhaps the most impressive tune on this entire EP.  As it turns out, Radical Face put this out in a wild folk-rhythm…the song was good before…but MAN, in my opinion, this is so much better now as Correigh’s done it!  Beyond impressed with the adaptation here once again in the music and vocal-delivery…this becomes a sweet piece of electro for certain and the melody is completely present & pronounced through this new version.  Correigh nails the chorus beautifully with exceptional grace in a stunning performance and unforgettable highlight of the set of songs on the Under The Influence EP.

Most surprising of the set was “Black Moon,” which was originally a Wilco tune.  I think in my life…I’ve managed to continue to pursue liking Wilco as many people I know love that band…and I’m positive I’ve yet to hear a tune that’s impressed me beyond what I could read lyrically on paper.  So again…speaks to song choice here on Correigh’s behalf…at least in my opinion; she’s clearly able to hear things in music that other people can’t…and that talented ear is going to lead her to victory.  I thought “Black Moon” really hit the mark for the smoothness in her tone…you get a bit more of a chill-vibe & drawn-out tones in the vocals here and it sounds absolutely fantastic.  The beat of “Black Moon” is completely strong when it kicks-in…and I liked how Correigh’s vocals stayed the course on the smooth delivery.  Loved the backing vocals subtly added in and how well this whole beat evolved from its more isolated beginning.

What I’m telling you all essentially…is DO NOT write-off Correigh as just another cover-act…because this music has been incredibly inviting to listen to and insightfully put together…extraordinary, really.  Deconstructed, reconstructed and gorgeously assembled into what is truly all-new material, songs and sounds to listen to – I think what she’s started here on the Under The Influence EP is stronger than steel.  Every song was a complete pleasure to listen to and like a brand-new experience altogether – Correigh is a true artist with a fresh perspective.