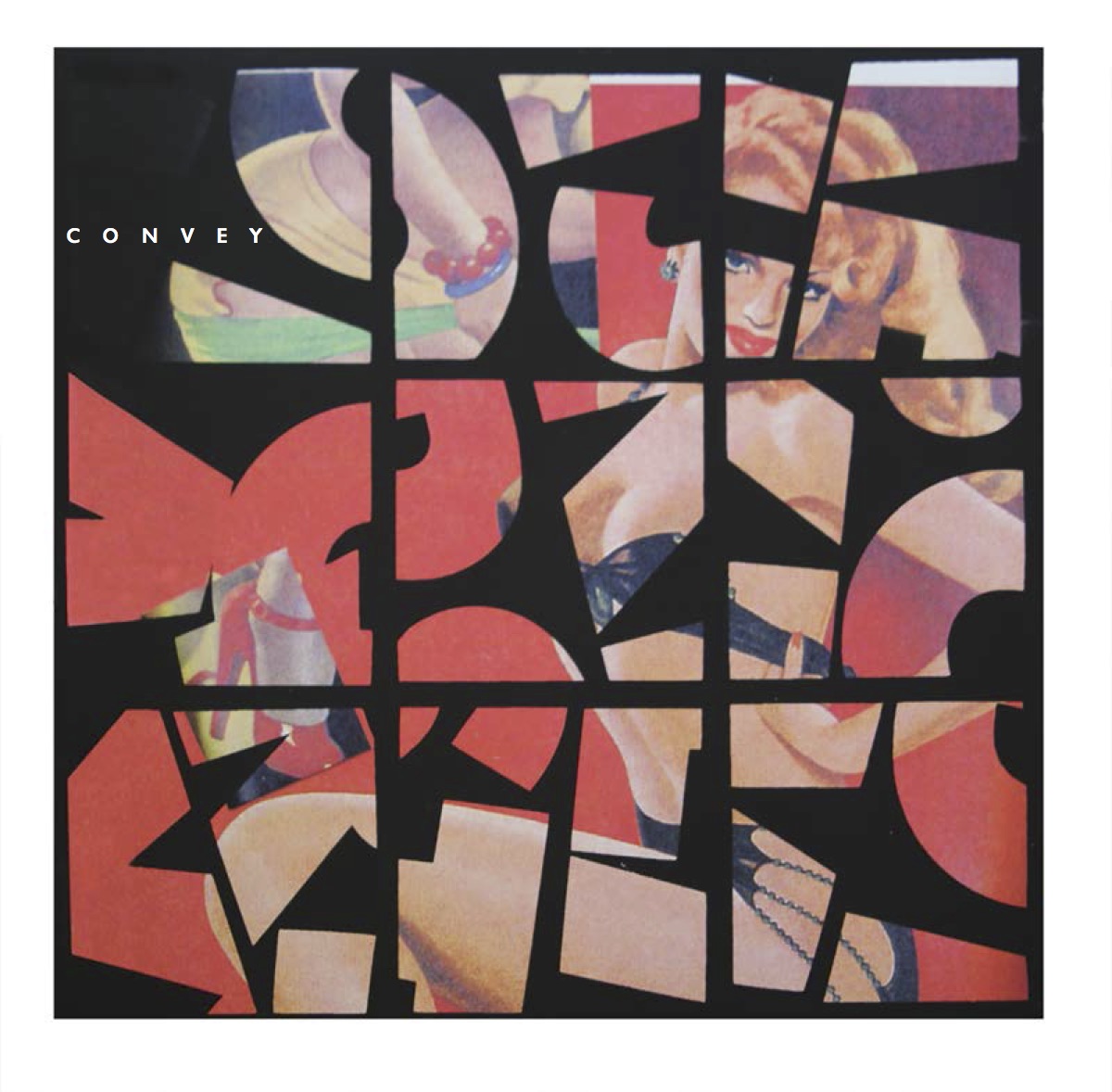 I had actually just mentioned the other day about the reliable relationship between the influences you can find on the music listed on a band/artist’s social media and the sound of their own stuff – and Convey makes for another incredible example of how that truly works…I had to point it out.  This four-piece band originally from Boston and now in L.A. basically listens to everything I’ve grown up on, known and loved throughout my entire life since…bands like The Mars Volta, Tool, Radiohead, Led Zeppelin, Deftones…A Perfect Circle, Jeff Buckley, System Of A Down, Muse…Queens Of The Stone Age, Puscifer, Rush…I mean – c’mon, that’s one hell of a list!  I’m telling you, the logic is sound – you just can’t have a list like this and not have some of the awesomeness rub off into your own music.

What I personally found to be the best part of this entire scenario…was that out of that giant list of influences – The Mars Volta was the sound I could hear Convey having the most in common with on their new single “Speed Dial.”  I’ve said it before and I’m sure I’ll say it again a million-times in my lifetime – The Mars Volta was one of the world’s fucking greatest bands…innovative like you wouldn’t believe and incorporating sounds directly from the darkest & most curious corners of the mind.  Convey has been grinding out their music since about 2009 from what I can see…seven years or so into their shared career together, you can hear the tightness of this band in their sound and ambition.  A song like “Speed Dial” in my opinion, incorporates some of the greatest parts of the ideas that The Mars Volta had in the progressive structures of their music – but Convey pulls off an even more magical addition to the entire sound through their own approach to it…they’ve made it accessible.

Before we go on…I think it’s important to remember that there’s no crowd of people that define ‘elitist’ more than us music-reviewers…so before you go turning your nose up at the idea of an ‘accessible’ sound, let me explain.  I’m not talking about a drive-thru McDonald’s version of The Mars Volta sound, I assure you.  Convey has simply played this one incredibly smart; they’ve taken their influences and are studying the example…and instead of going right where they’ve turned before, this band turns left.  Twisting the sound to have dramatically dynamic instrumentation and writing that’s bound to be appealing to a whole bunch of earholes out there – “Speed Dial” is a solid glimpse into what this style could be with more accessible, defined and rhythmic parts.

Digging the low-end Kyuss-esque groove to the bass and the Tool-ish guitars that sparkle overtop of the depths of the sonically-powerful combination throughout the verse – and the way that chorus explodes into that accessible-variation on The Mars Volta sound – I’ve gotta say, Convey is killing it for me on “Speed Dial” – this song stomps, crushes and straight-rocks to victory.  Great writing to the drum parts…solid communication and emotion expressed between the rhythm-section and vocals combined.  Lyrically, “Speed Dial” sounds excellent from what I’m hearing…it messes around with the ideas of perception and how different states of mind can certainly lead to different results – or at least, that’s what I was getting out of it!  There are obviously multiple variations on how you could interpret this.

These guys pull of a decidedly heavy-groove and style and make it sound extraordinarily authentic like the very sound has been imprinted into their own DNA.  “Speed Dial” is a perfect example of a band in their prime…and though there’s no denying that impeccable rock-groove they slide into during the verse – for me, it’s all about the explosiveness of that bombastic chorus.  Great writing and structure take a serious turn in the spotlight over the course of “Speed Dial” and its burning/brooding intensity – but again, real kudos to the attack of the vocals during the chorus to lift this song up to glorious heights.

Put it to you this way…in a way that really sums up why I decided to write out all the influences they’ve listed on social media and talked about them in this review…basically, not only do I like or love each of the bands they’ve listed – but Convey belongs in that very same list on another band’s social-media board somewhere out there.  Absolutely, 100% as incredible as many of the bands they’ve grown up loving and emulating – Convey is breaking out into their own with a wild, dramatic take on rock-music in a way that makes them completely peers of the very bands they once were only able to look up to.

In short – a song like “Speed Dial” and its precision performance, highly-dynamic writing and stunning execution show that this band is more than ready for a widespread, more mainstream audience than some of their predecessors and I think there’s zero reasons I can think of that would stop me from listening to this band – a LOT.  Convey sounds right ‘in the pocket’ throughout the entire length of “Speed Dial” – it might be musical madness…but they’re in complete control of it, live, survive and thrive there in those murky reaches of the rock-genre.

Or to put it even shorter and sweeter for you in a way that says it all – this is rock done RIGHT.