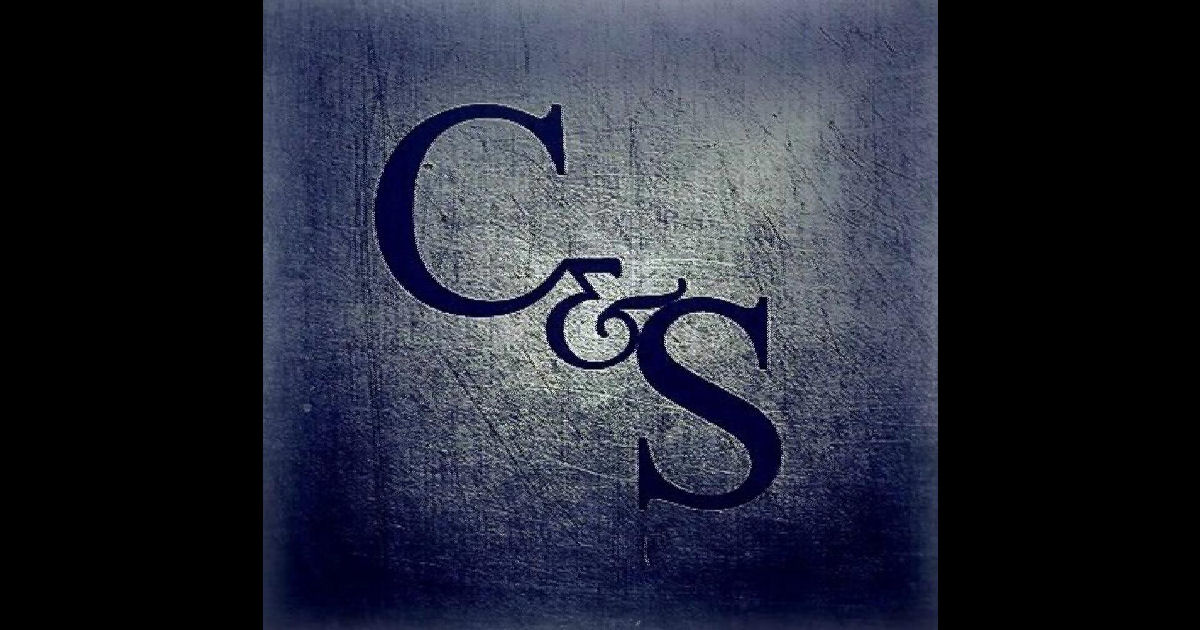 From the looks of things in the world according to social-media & available information, we’ve got a couple of seriously multi-talented guys creating the music of Collins And Streiss.  Based out of Richmond Hill, Ontario…roughly about a four hour drive away from the studio write here where I’m typing this – if I open-up my window, I might even be able to hear Mark Collins (Vocals, Guitar, Bass, Mandolin, Percussion) and Anton Streiss (Vocals, Keyboards, Bass, Production/Engineering) jamming out a new tune if the wind is blowing just right.

I’ve got a handful of songs here that certainly have me believing that these two know exactly what they’re doing when it comes to making music.  Four tracks in review today that range from a sample of two from their Cornerstone EP/LP and two of their most recent releases to go with’em.  There are no rules on how to discuss’em of course…but my OCD-like nature & need for symmetry in life is always sure to dictate the playlist in a scenario like this, so yep, you guessed it, chronological order here we come!

We begin with a cut called “Black Diamond” from their Cornerstone record.  You can hear from the combination of keyboards & soaring guitar riffs that they’ve gotten their influences from a lot of the 60’s-80’s rock music – but you’ll also read from on their social media pages that they’re certainly not hiding or shying away from that fact.  These guys are making the music THEY want to make – for people that are still looking for that sound actively today, of which there are many.  Sure we could all grab the vinyl and pull out a record from the different eras they’ve gained their inspirations from – but c’mon, there’s really something to be said about a new retro-sound that people can follow, support & listen to in the present day.  There’s no age limits when it comes to a genre, style or sounds of music anyhow.  Things can sound ‘dated’ in a sense that you know which artists/bands they likely grew up on listening to – but that doesn’t affect how much people still seek out the music they truly want to hear.  So is there a market & audience for music like Collins And Streiss make?  Sure there is – and a plenty supportive one.

Again, keep in mind this is the efforts of TWO dudes!  Certainly in that respect, the tightness and overall results in how full the atmosphere and sound of a song like “Black Diamond” are concerned, that makes it all the more impressive.  Not sure which of the two is pulling off the Eddy Grant vibes on the lead-vocals, but I dig the sound and think it fits the song really well – even more notable is their use of harmonies and their placement of them in the structure & flow of the song.  They’re using classic rock moves here with precision and professionalism – a real nod of respect to the music they’ve grown up with & loved, which they can now pass onto you through their own perspective on the sound.  “Black Diamond” has a fun & extremely catchy sound in the verse through the vocal flow, excellent instrumentation from the guitars and keys really stands out, and the chorus they’ve created on this first single is definitely one that is likely to get the people chanting along with them enthusiastically.

Like a mix of low-key Supertramp, early Genesis, and atmospheric Pink Floyd, “Does Anyone Hear Me?” waxes poetically on life & love while they take you out of orbit and into space in this second tune from their Cornerstone record.  Loved the intro and the unique door they open to start this tune – you can instantly tell you’re in for a different dimension in sound compared to the first single “Black Diamond” – completely different vibes, completely different sides of Collins And Streiss.  For the most part, I dig it…I like the hollow, far-away & drifting, isolated emotions and feelings you get through the mix of melancholy & despairing tones in the music & lyrics of “Does Anyone Hear Me?”  As far as an atmosphere/experience are concerned, you have to hand it to this duo for creating a track that will take you right out of your world and into theirs like this one does – that clarity in the mix & production, the space in the music and pace to it all really keeps us listening and captivated.  What I really liked about “Does Anyone Hear Me?” was that the music was so brilliantly hypnotic and crystal clear, that I didn’t really mind that this track essentially sticks to its one gear for nearly five minutes in length.  You get slight variation in the chorus, but ultimately, “Does Anyone Hear Me?” feels like and moves like one continuous experience.  Vocally, I think there are some great moments along the way…at times I was at odds with a bit of the phrasing, cadence & metering of a few lines, or unsure of the choice to adhere to the rhyme scheme so rigidly in spots…but I’ll admit, it always seemed like the words fit well enough to justify their existence when I listened closely to them.  It’s one thing to choose a rhyming word to balance that call & response way that many of us sing with from line-to-line – but you still ultimately want those words to reflect what it is you really want to say, and that’s where it becomes tricky for most out there; they get trapped in the search for a rhyme and lose the meaning.  I felt like, even though there might have been a word or two that could be added or subtracted at times to increase the hook & pull of the lyrics & vocals, Collins And Streiss still managed to say exactly what it was they wanted to say on “Does Anyone Hear Me?” and I respect that.  Essentially the way a song like “Does Anyone Hear Me?” works is that the entire song as a whole is the hook – which is going to likely work for some that instantly dig the combination or acoustic guitars, organs and atmospheric sounds on this tune…for others, this tune might make them a bit restless…it kind of has that part 1 of 2 feeling to it.  Personally I like it a lot, because I can identify with a lot of the melancholy vibes & questioning emotions they’ve put into the music and words of this song…I think a lot of musicians out there, would in fact also identify with this song and relate to what Collins And Streiss are singing about on “Does Anyone Hear Me?” 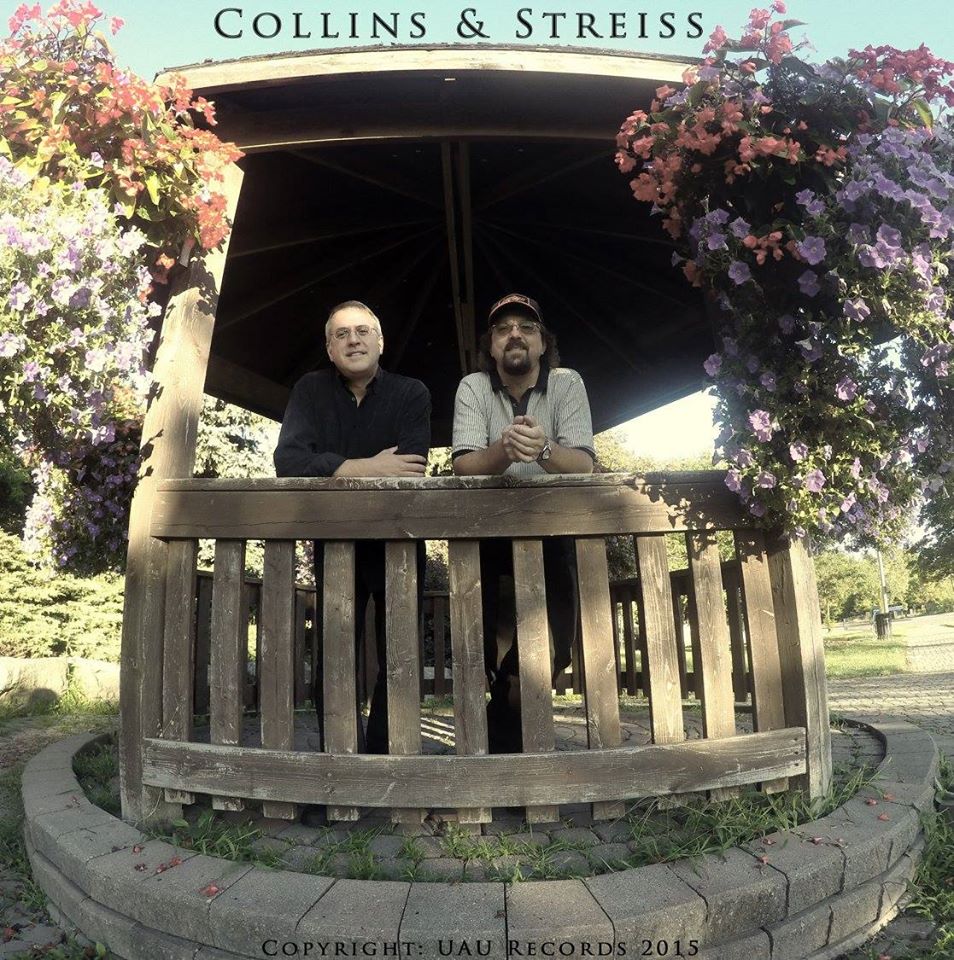 Anyhow…we’ve established that the tone & mood in the atmosphere of “Does Anyone Hear Me?” isn’t exactly the most likely candidate to bring a smile to your face…but that’s where the next song “Carleen” comes in.  If I may say so gentlemen – this is the one.  If we’re talking single-worthy tunes, “Carleen” has so much to offer, it’ll leave you wondering how they fit it all into just over four-minutes.  There’s enough of an update/pop-spin in the energy and uplifting vibe of “Carleen” that it’s pretty much taken Collins And Streiss right into the here & now of what’s happening in the folk/pop vibes of music out there; and perhaps even better, they retain their own essence, personality and charm…maybe even enhance it here or show it more confidently in this particular style.  Whatever it is they’ve done to make that magic in “Carleen” is definitely worth a close inspection and examination…because everything about the way they perform this song and sound on this single suggests they’re right at home here and comfortably right in the pocket of their own signature style.  The harmonies of “Carleen” are absolutely stellar – the melody in the vocals is amazing and transitions brilliantly through the roll of the verse and right on into the chorus.  The BACKING LAYERS of the vocals on “Carleen” add amazing amounts of personality & charm into this massively inviting & memorable melody they’ve created on this newer tune from their catalog…it’s altogether fun, good times and golden tones coming at you at all times on this single.  The hooks of “Carleen” are stronger than steel, all executed, mixed & played to perfection – they get the maximum results out of this cut at all times and have created a jam that a ton of people will really dig.

I’ve got no beef with their latest single “Free” other than the fact that it’s not “Carleen” lol – but not every song is going to be that…for the record, I do understand that.  The latest smooth single from Collins And Streiss has its own merit – “Free” presents yet another side of this duo’s songwriting & style – each one of these four tunes in review have managed to do that and shown what a versatile sound they really have between them.  Loved the piano/keys intro to the humble sound of the beginning on “Free” and ultimately I think a lot of people out there will connect with the sentiments in the lyrics and ambitions of this tune.  You can consider this final cut to be encouragement for the soul – a lyrical blueprint of life & how to live it, ideally.  I know I personally found this single to be a really inspiring one to listen to – I think they’ve really expressed a ton of great things throughout the insightful words of this final tune.  “Free” also features a highlight guitar solo from this set of four as it passes the halfway mark, and just prior to that…I don’t know which of these two are responsible for it, but the addition of saxophone into this single was killer choice to really bring this whole song to that next-level.  The structure and writing ultimately lead them to victory here on “Free” – they’ve built this song from the ground-up perfectly, taking it from a sparse beginning to a completely packed ending, full of the finale fireworks that the progression, journey and attitude of this song deserves.  With the lyrics encouraging you to break “Free” of the chains that bind you and become the person you’ve always been meant to be – the idea that this song expresses that just as much musically by the end in how it expands into such an all-encompassing atmosphere, not only made sense, it was the best way to say what they were really trying to communicate.  Consciously or subconsciously – people are going to hear that and ‘get it’ – that’s the magic here…that’s what real focus, stunning attention to detail and great songwriting can achieve.  Definitely impressed by these two – Collins And Streiss do what they do extremely well – and the reason that is, is obviously because they truly LOVE making music and embrace its innate ability to help us connect and inspire each other in priceless and immeasurable ways that enrich our lives.

Find out more about Collins And Streiss from their official page at Facebook:  https://www.facebook.com/Collins-and-Streiss-762369407204284/