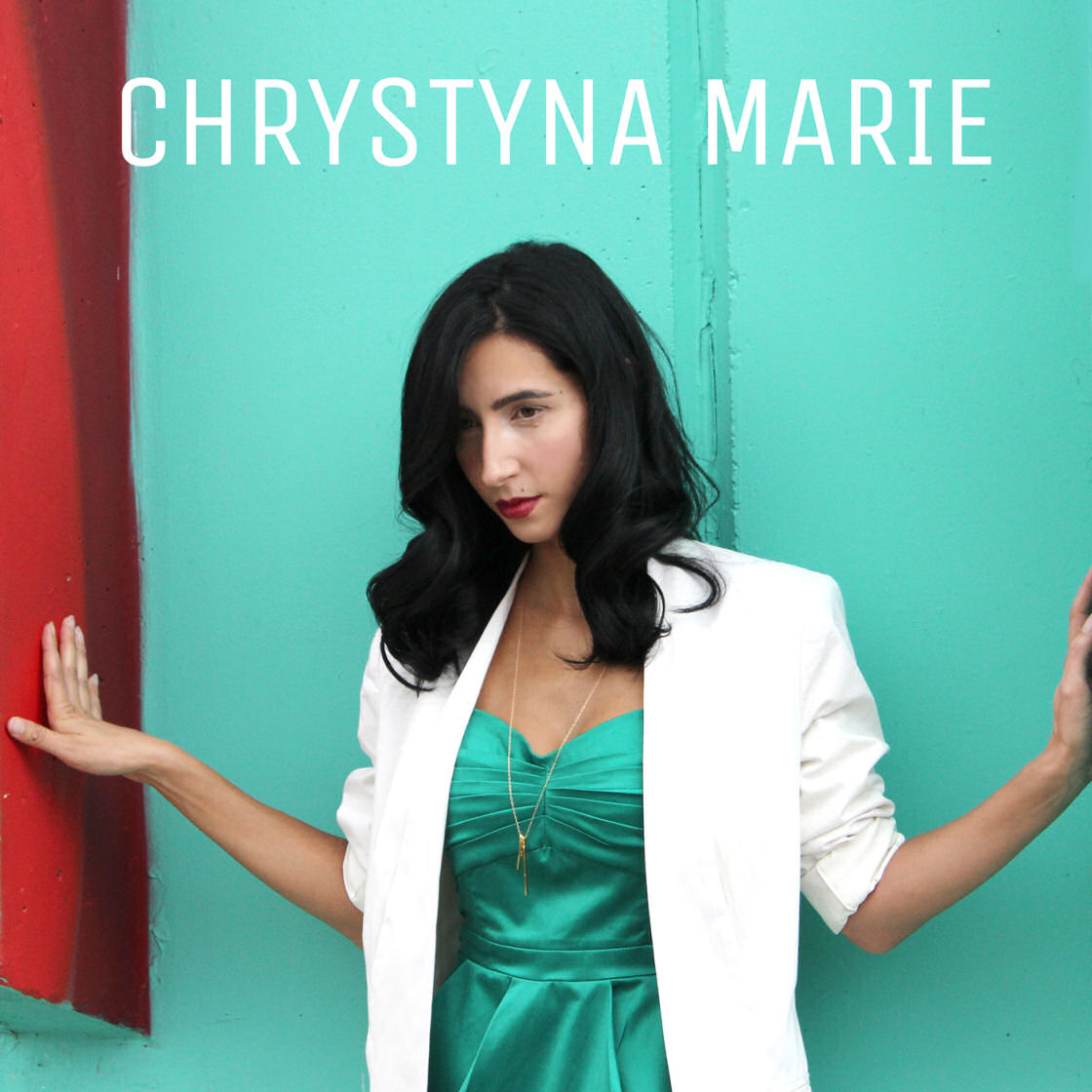 Really classic sound of confidence and bold-tones from Chrystyna Marie, singer/song-writer based out of Beverley Hills, CA. Originally from Toronto…we had her at one point fellow-Canadians…after hearing her smooth-rock/blues vocals and the fearless approach she takes to her performances…well-o-well-O-Canada…what can I say aside we might regret losing this one to the south! No one has an issue with letting the USA keep Bieber…but we might just have to steal Chrystyna Marie back north of the line…just sayin…

I’m saying that because there are multiple-memorable moments and songs on CM’s new Loaded Gun EP – and I love the progression of sound as this new record flows through its four songs. Great layout, great songs, great talent all add up to a fantastic experience that starts right away with the start/stop pulse of the EP’s title-tune, “Loaded Gun.” Chrystyna puts perfect tone and control into the pitch of her vocals and brings-up the energy as needed, lets it fall in the same fashion in a song that almost feels more similar to breathing in & out than it does resemble anything else recorded. There are comparisons to be made I’m sure…but truly this first song has a perfect-pulse and beauty to it and really takes its solid rhythm & groove for a wild ride in this EP’s opener…and like I mentioned with that breathing-thing…you can actually feel these songs resonate in your chest as they play along, somehow magically in time with your heartbeat.

Based out of Montreal not too far away from Chrystyna’s original homebase in Toronto…fellow Canadian Sass Jordan would be proud of her effort on “Down The Road” I’d be willing to bet. Similar in the confident nature and how it rides that edge of Country-music without fully-crossing the line – Marie is full of solid, amazing-tones and pure audio-harmony as she sings this one. Ranging as far as what sounds like it might head to Country…it stays ‘Rock’ enough but also really finds clever ways to include aspects of jazz and the blues within the span of “Down The Road.” It’s not even a long road! At just over four-minutes in length…Chrystyna Marie ups the ante on the energy with the cleverness in the writing and twisting through the music on “Down The Road.” While it might have a somewhat standard and traditional-feel to the atmosphere…it’s often the end of these sets of bars that take the song and bend it towards its overall crossover appeal. Mid-tempo and stocked FULL of beautiful tones…I love the way she sings the end of the chorus and her instincts on how to both write/sing it…excellent job there.

I thought once this EP tripped past the halfway mark and into “No More” that we’d be in for something entirely different than what we have heard so far…and I think that’s a pretty noticeable-switch if you were to ask these ears. Decidedly more ‘Rock’ in this mixed-tempo ballad/anthem of “No More” – it’s still not anything over-aggressive by any stretch. It has that spine-tingling, uplifting and empowering feel to the writing. Drums and piano fuel the atmosphere and set the stage for the additional guitars/bass to come on in and fill up the sound as Chrystyna’s voice continually builds on itself. She’s super-charged up by the time the chorus hits…and the results are some of the biggest highlights on this EP as she takes the notes from “No More” and soars straight into the stratosphere.

“The Tower” puts a focus on the melody of the vocals, accompanied by subtle bass and keys…but Chrystyna remains the star of the show in this final-cut. Singing beautifully, perfectly and with extraordinary precision…once “The Tower” heads towards the three-minute mark – this song finds a way to raise its game still once more. You can hear the difference in Chrystyna as she borrows the energy in a give/take relationship to the music on “The Tower.” It starts out with an incredible dreamy atmosphere & melody…but much more subtle…focused on clear-tones with the vocals truly taking the spotlight. Great background harmonies…and you can hear the energy in Chrystyna rise as this song heads towards its chorus…”The Tower” takes its time to get there…and it’s all worth that waiting. As the final song clicks past two-minutes…the song starts to build, build, build before eventually breaking to reveal the Chrystyna we now know & love. There’s certainly a song-writer here…an innovative one with impressive rhythm and talent…no doubt about it; Chrystyna Marie sounds bright, bold and beautiful on the Loaded Gun EP…& with the set of four-songs sounding as excellent as they all do, performed as perfectly as they have been…she SHOULD have every reason to be confident – this is a fantastic effort!

Find out more from Chrystyna Marie’s official page at: http://www.chrystynamarie.com/