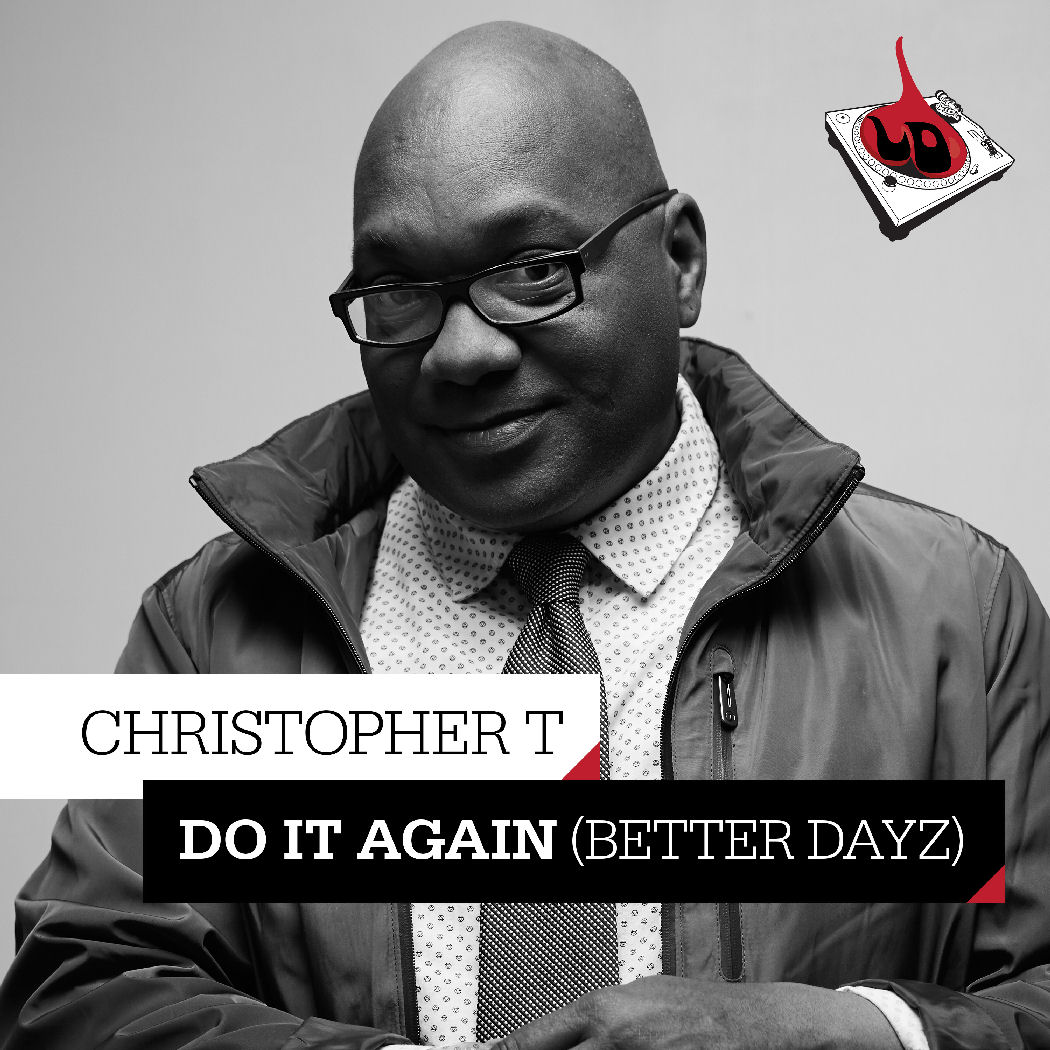 Excellent uplifting energy on Christopher T’s exciting new electro-groove called “Do It Again (Better Dayz)” – I feel like I’ve had this track on repeat all night long here!  Mind you, I’ve been bouncing back & forth between two versions of the new-single…so that probably accounts for some of the reason I feel like that…but the reality is, I’ve had no reason to stop listening.

Which…I’ll admit…is almost a bit strange for me…especially in the tech-house, dance or trance genres…  For myself in general, the more that a song drifts towards that hypnotic element of the magic in repetition the more likely it’ll be sending me running for the hills after about 3-4 listens in fear that I’ll be brainwashed forever after were I to keep on listening.  Sometimes though…I’ll hear an uplifting & energetic vibe like what you get on “Do It Again (Better Dayz)” and never want the experience to truly find its ending…and whenever I feel like that in anything that could remotely be described as ‘hypnotic’ anything, I feel like that is music that comes out winning.

Because while I can’t claim that “Do It Again (Better Dayz)” necessarily brings something to electro-music that you haven’t heard in some way, shape or form beforehand – I can tell you what a great time sounds like – and this song qualifies completely.  Whether you take-in “Do It Again (Better Dayz)” through its shortened ‘radio-version’ or the ‘extended’ version, you’ll find the energy of this song quickly inviting, reinvigorating and chances are, inspiring to the soul to listen to.  Songs like these with such translatable enthusiasm and energy in their attitude, composition and sound really do connect with people out there that listen to all kinds of music, even in genres outside of the electro-circuit.  Songs like “Do It Again (Better Dayz)” manage to find all kinds of ways to permeate our existence and find a home on our playlists through the access nature of the sound, rhythm & groove.  With the added benefit of repetition, of course you become quite familiar with the idea quickly…and in turn, your body & mind respond to that comforting feeling with a positive reaction & response to what we hear.

Released through the reliable, electro-inclined label of Lovely Drops officially starting January 23rd – Christopher T’s likely going to make some noise out there with the people when the track officially & exclusively becomes available at Beatport.com for its first two-weeks online…and then after that, expect to find it pretty much anywhere out there you can think of music coming from, and you’ll see it there too!  Lovely Drops initially introduced us to the electro-talents of  DJ Serafin…and they’ve earned a solid reputation for strongly supporting the artists on their roster…I can’t imagine there being any reason that would prevent them from backing this track from Christopher T 100% of the way out there in the online realm of music-sites everywhere…so be ready!

Composition, structure and assembly-wise, they’ve got themselves a solid creator/artist in Christopher T – and I truly believe that electro-fans of all its genres & sub-genres will have something audibly tangible to latch onto here…whether it’s the hooks, the energy, the uplifting vibe or another one of its shiny-aspects altogether; point being…I can’t really imagine anyone ever getting up to cross the room to turn “Do It Again (Better Dayz)” off so much as I can imagine them turning it up instead.  Or repeating the experience altogether, as I have, many, many times.  Sometimes there isn’t an incredibly descriptive way of explaining how a song might grab your attention…best way I can put it here is that it most likely WILL.

I can’t see nor hear any reason to not be proud of this accomplishment in electro though…it’s a flawless composition with real energy and life in its bars…and you can feel that, big-time.  As far as I was concerned…I’d recommend the ‘extended’ version – with a couple more twists & turns and additional minutes…it’s simply more of the good thing that you’ve already got goin’ on with the ‘radio’ version – so why not right?  Production, mix, structure, assembly…everything is in-line here and on full-display through the stunningly vibrant sound of Christopher T’s “Do It Again (Better Dayz)” and no matter which version (or both!) that you end up listening to, I’d put the odds of enjoying yourself at 100%.  Solid electro entertainment with really uplifting & inspiring sound…the repetition was welcomed and highly invitational; it’s completely easy to slip right into the groove of Christopher T’s new single and choose to stay there & listen on repeat – trust me on that, I’ve been doing that for hours now with no complaints.

Check out what Christopher T is up to next and support him at Facebook here:  https://www.facebook.com/ChristopherTMuzic