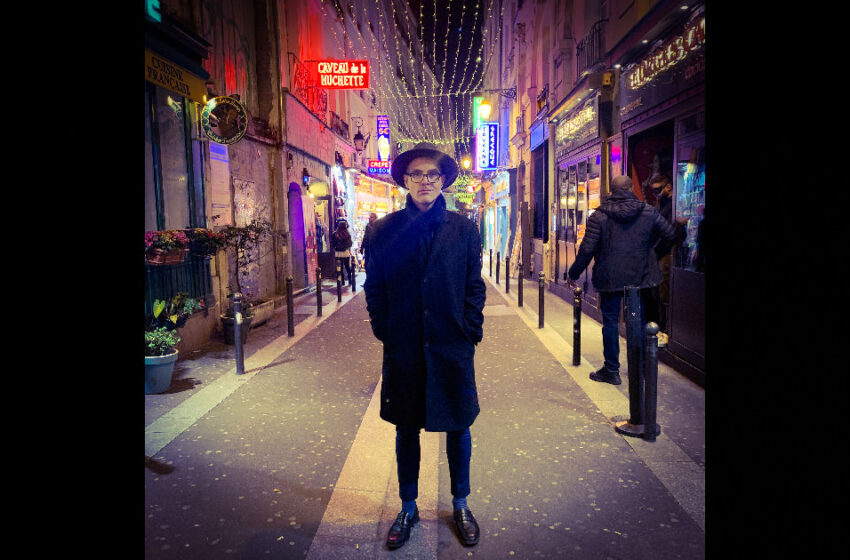 Christopher Dallman – “I’ll Back You Up” – Music Video Release/Review

By the time I had the chance to see this song played live myself personally, I was already about seventeen – and I had been falling in love all over again throughout my high-school years spent listening to Dave Matthews Band.  At that point in time, this largely passed-over GEM from a little EP called Remember Two Things wasn’t just my girlfriend & I’s favorite song – it was THE song that defined our relationship…something I’d later go on to learn, we shared in common with a few people out there in the world.  For some, “I’ll Back You Up” was another great DMB song…for others, this was a life-changer.  And while I’d love to go right back down nostalgia lane with you all…this isn’t my story – I’m here to talk about Christopher Dallman and the incredible job he’s done in handling one of what I’d consider to be the world’s most precious musical-moments – ever.  I’m not gonna lie to ya folks, I was front row back in the day…I can remember the creases on Dave’s freakin’ pants…and even back then in ‘97, only roughly four years since it would have been released, I was well aware that it was a rarity to see played live.

I suppose it’s just as important to drift into that story, because Christopher’s version was able to take me right back to what made that whole time so special and so memorable and so full of LOVE as it was.  In fact, if you trace the history of this particular cover, you’ll find it’s embraced that very spirit of love from the very get-go; according to the legend I’ve got & notes scattered here in front of me, Dallman was originally sought out to create this version as a gift from a wife to a husband on an anniversary.  I’ve received some amazing presents in this lifetime of mine…and I don’t know the wife, don’t know the husband – but I can tell you this: of all the thoughtful gifts I’ve heard of, this would be right up there with number one.  I don’t expect that it would apply to everyone of course – but I would be pretty darn willing to bet that anyone else that has ever heard this song & fell in love with it, would fully understand.  Essentially, you wouldn’t even attempt doing a cover of “I’ll Back You Up” unless you knew beyond the shadow of a doubt you could genuinely tap into the bold strength of its most subtle emotion, had somehow felt that connection to the core of the melody, and knew you could get to the heart of its sincerity.  And that’s exactly why we’re here right now folks – because Christopher Dallman could.

Perhaps the best way to put it, is as simply as I can can say it, so I will.  There are songs, there are cover songs, and then there’s something like what Christopher has here.  Songs can be great!  Cover songs can be cool too!  But am I wrong in believing that when you hear a cover come out so flawlessly like the artist or band had written it themselves to begin with…well…I mean…isn’t that something else altogether?  It’s like the gift of being able to read between the lines – Dallman found every piece of what makes this song meaningful and so masterfully well-written, and he’s brought the beauty in “I’ll Back You Up” shining to the surface for all to see & hear.  Anyone who has ever heard this song knows EXACTLY what moments matter most in securing a cover version of this cut that won’t get straight-up crucified by the masses out there…but believe me when I say, if you’ve heard the original, you know that just wanting to hit those moments would still reveal miles of distance between the desire & the skills required to do it.  This is…not at all an easy song to sing by any measure whatsoever to begin with – and if you add in the fact that the singer involved taps into the strength of the emotion behind the melody & the words that it actually makes this stunning tune even HARDER to sing just from holding back the tears – again, I think you’ve gotta give Dallman massive credit for making this cover of his as truly flawless as it has come out.  Those moments where I was on pins & needles wondering if he’d be able to reach the pinnacle of the highest notes…good lord…Christopher did such an impressive job there’s no way I could complain about this version, nor will you.  That’s what I’m saying here folks – I might have somewhat tuned out on DMB around my late-thirties…but a song as moving as this one is, never leaves you – and if there was a point along the way where he crumbled in this performance of one of my own personal favorite tunes out there in the world, you better believe I’d have called him on it.  The facts are the facts and the verdict is in…and as far as my ears are concerned, I don’t just think it’s a great cover of this particular song – I think it’s a fantastic cover by any measure, standard, or metrics you can think of to apply.  You can read that as in, this might very well be one of my own personal favorite covers, of any song that I’ve ever heard, full-stop.

While there’s clearly the advantage of having “I’ll Back You Up” play a significant role in my own personal lifetime & how I feel about this cut overall – make no mistake, Dallman deserves massive credit for all the smart choices he’s made and his sparkling performance.  He let the purity of this melody speak for itself; he didn’t overcomplicate it, he didn’t make any choices that would have you raising an eyebrow or questioning his approach, and he didn’t back down from a request that’s really somewhat of a superhuman ask.  Instead, Christopher dug deep into the heart of the song, and he not only fulfilled his task of creating a successful cover song for a very important event, he managed to shine 100% as bright as can be in the process.  And if anyone wants to dispute that, send’em on over my way Christopher – “I’ll Back You Up.”

Find out more about Christopher Dallman from the official pages below!