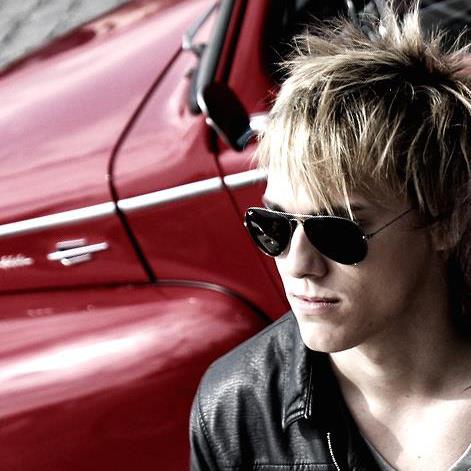 Christone – “Where The Streets Have No Name” – Single Review

This is no easy mountain to climb…Christone has certainly put himself out there on “Where The Streets Have No Name” by tackling what is arguably one of the biggest and most recognizable songs of the past three decades as he takes on an official cover of U2’s giant anthem.  What I can tell you right off the bat, is that I certainly admire his courage and pursuit of this particular song; as many of you already know, it’s a song about breaking down the borders and walls put up between us until we find our way together as one, “Where The Streets Have No Name.”  With the current political climate out there in the world today…there’s not a single doubt in my mind about the fact that we could ALL collectively stand to listen to this song’s message with a bit more focus right now…and start to take this planet back.

From the information I’ve got here in front of me as well, it sure speaks to a ‘worldly’ collaboration of cultures, ideals, dreams and physical locations played a huge role as well.  “Where The Streets Have No Name” is of course, referring to original author Bono’s thoughts about the streets where he once lived in Belfast, Ireland – you combine that with Christone’s own intense amount of world-travel from his past, up to and including the recent Summer tour he’s been on in Indonesia and in Singapore where he finished the vocal-recordings of this new cover, and you’ve got yourself a pretty all-inclusive track with all the right intentions.  He’s clearly been inspired by the world surrounding him – and choosing a song that’s as all-encompassing in its ideals as the universally-accessible ones in “Where The Streets Have No Name” would be, in my estimation, a way for him to give something back to this planet he calls home.

Choosing what to write about this one becomes much tougher when examining the music as opposed to the mission Christone’s on here.  Is it fair to compare an indie-artist with the giants of rock that make the music in U2…or the vocals from Christone to the roaring emotions that Bono puts into it all?  The answer of course is no, but yes…if you are willing to throw your hat in the ring and cover a tune this gigantic, people are absolutely going to compare it to the original, each and every time.  Where I think that Christone excels on “Where The Streets Have No Name” is that he retains the magic and the feelings we get from the song’s original version and structure by faithfully covering it in a way that doesn’t change it too much…just enough to refresh it and bring it back into the modern day era where its message is needed now more sincerely than it’s ever been needed before.  So kudos to the man for a great selection of ‘what’ to cover when it comes right down to it; I think he’s chosen wisely in that aspect.  I like the piano that plays a prominent role in this version he’s created and the fact that the emotion is still present, even if this new-take on “Where The Streets Have No Name” is much more subtle in its style and overall energy.

If I’m being as honest with Christone as I always am with you all…there are moments of triumph in his performance along the way with very limited moments of tragedy.  There is no doubt that the biggest notes of this song gave him more trouble…that’s something we can certainly hear in this recording; that being said…I understand the struggle of trying to hit those big notes in a much more low-key setting – that’s never an easy task and I think he does a decent job of it throughout the majority of the song.  Those big Bono-tones are so rich & full of conviction that it would be damn near impossible for anyone to truly duplicate…and I think for the most part Christone makes the right decisions by keeping the style, approach and tones his own as opposed to going out for an impossible-to-match carbon-copy.  That being said…not gonna lie to ya…the end result of choosing that direction ends up sounding like what you might imagine would happen if Bon Jovi were to cover “Where The Streets Have No Name” around the time he was writing ballads on the Keep The Faith album.  You get that added rasp to Christone’s vocals where they were once completely smooth from Bono in the verse…and I think that will appeal to some and potentially be too much of a shock for others.  With the signature sound of the flashy U2 guitars being absent in this version as well…it’s going to be a polarizing song without question…but that’s always the case when you go after songs like this one that are literally larger than life.  I do think that you can hear in the way that Christone sings this cover that he certainly has an excellent grasp on the song’s impact and emotional-weight in the message overall…and in that sense…there’s definitely an artistic performance being put in that does its best to make sure that powerful connection to the song’s core-meaning is not overlooked.

And it’s not that there aren’t any guitars…there are…they’re just not the shiny U2 ones, that’s all.  I’m pretty sure if any of us turn the dial up too far on whatever the U2-setting is on our pedals, that’s when the team of U2000 lawyers start picking up the phone anyway…so while I think it might cost him a little with the people that are looking for that specific sound they know & love that has made that band famous throughout the years, I do think he’s probably made a smart choice by leaning more heavily on the piano to carry the main elements of the melody.  Musically, this version of “Where The Streets Have No Name” definitely has its own identifying factors in comparison to the original…but it all sounds well-played and brings an additional sweetness to the song’s lyrical-intentions that people might hear as more sincere and possibly more fitting.  Bono has rasp in his own voice too on the original if you listen – not on the constant like I think you hear in Christone’s rendition here, but it’s certainly in U2’s version and has always added weight to the song’s most powerful moments in the chorus.  It sounded like the decisions Christone has made in the approach to ‘how’ he wanted to cover this tune all came directly from the inspiration of the original and that he came to these decisions from a place of humble honesty and genuine sincerity inside him that truly wants to give back to the people of the world as one.

And really…that’s what the heart of this song is all about.  Credit where credit is due – Christone didn’t make this cover sound like a blockbuster Hollywood movie like the original did…he went his own direction – and as a result, this cover of “Where The Streets Have No Name” has got an intimate, relatable honesty to it through the music and vocals that listeners worldwide can appreciate.

Find out more about Christone at his official homepage: http://christone.eu/

Tags: Christone Singles sleepingbagstudios Where The Streets Have No Name