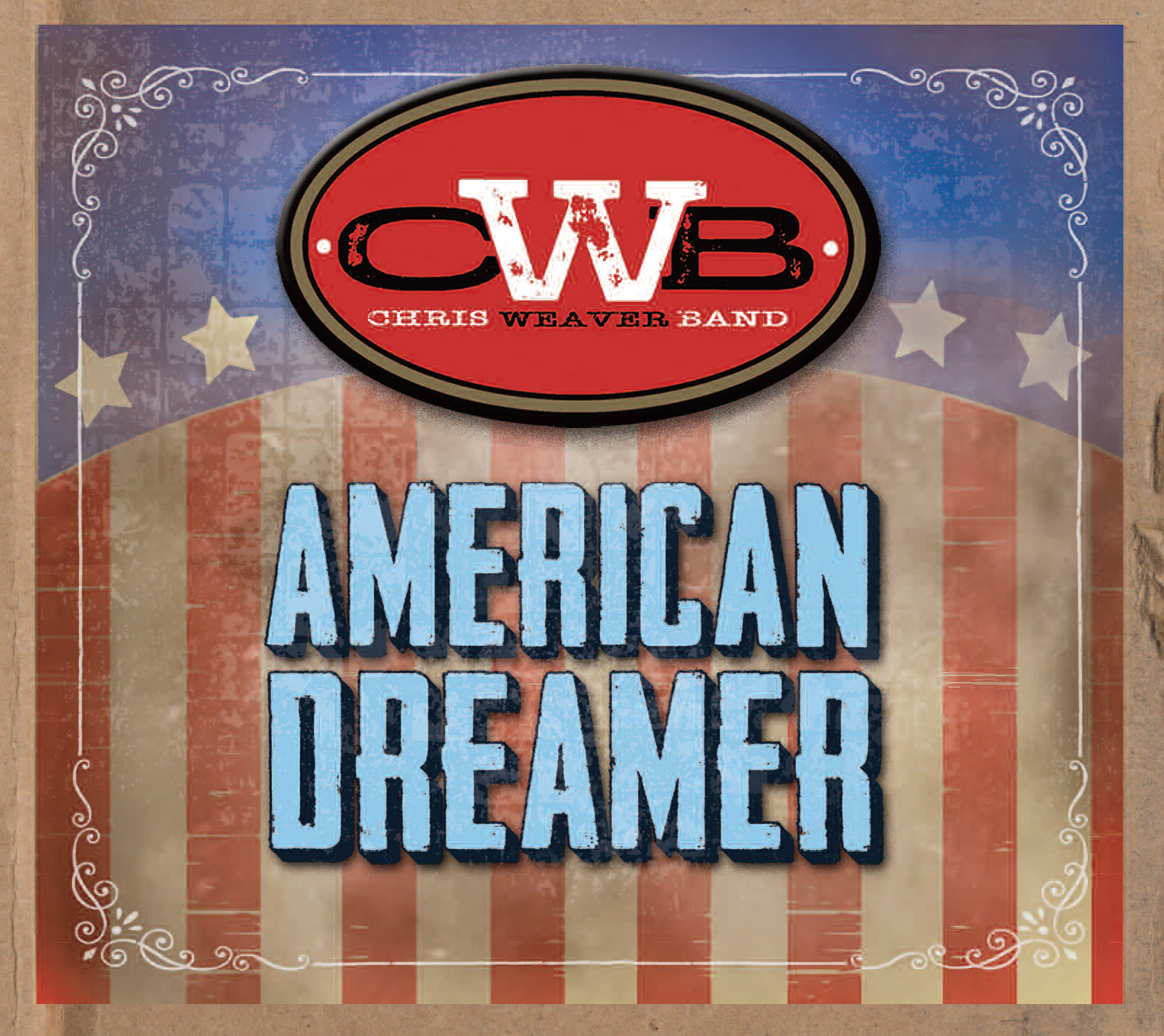 If you want to hear one of my absolute favourite voices in true rock-n-roll-based rhythm and blues, feast your ears on what Chris Weaver is doing with his band on their latest album American Dreamer. Led by his incredible vocals and all-out performances, this real-rock hero is bringing a crack-team of fully amazing musicians to help bring his dreams to life on this latest effort. At a time where the world is missing the masterful voice of Joe Cocker, the sound is born anew within the Chris Weaver Band.

So…you get it…he’s not re-inventing the wheel on this album, but he is rolling along smoothly towards the big-time with a rock sound done perfectly…one sorely missing from our present modern-day times.

They let it all rip right away; the opening track “Gravy Train,” pulses with that familiar “Night Moves” feeling…there’s an absolutely incredible banjo being played in the background, keys, and of course the incredible vocals of Chris Weaver to get this party started off right. Excellent solo-work, drums…I mean, you can hear it all in this massive, well-produced sound…this is a band that is destined for the Rock N’ Roll Hall Of Fame one day…mark my words…

Taking the infamous tie-ins of religion and gospel-choirs to Americana-rock, the following track “Raise The Dead,” brings up the spirits for real; this song is as true to the genre as it can get. This Nashville-based four-piece is putting forth inarguably committed performances you can easily hear on American Dreamer…each sound, each note, every word…it’s all done with an incredible passion and love for this style of music that translates easily through our speakers. A track like “Raise The Dead” really radiates the joy this band is obviously experiencing in making the music of the Chris Weaver Band.

What does CLASSIC sound like? How about the title-track “American Dreamer” for starters? This song has incredible hooks, great guitars and just phenomenal vocals as Weaver finds the very back of his throat to bring out some incredibly authentic tones. His control over the crack in his voice is incredible; it’s a large part of what made Joe great, and there’s a very reasonable chance that Chris will experience that same attachment from fans worldwide. The breakdown and bring-back and the vocals just around the third minute of this track – seriously unreal – nuff said.

“California High” is a knockout track. A slow beat to the drums and an isolated beginning that bursts into a beautiful choir chorus, but it’s the simplified verse that really brings out some of the best we’ve heard from Chris so far. No doubt this guy is from Nashville, aka ‘The Song-writer’s HQ for LIFE;’ he should fit right in there. Every aspect of these songs has been thought-out, more likely pored-over, and the result is everything firing off at maximum capacity – when he’s quiet, it’s beautifully melodic and superbly toned, like on “Guarantee To You,” where he transcends into a completely awesome blues-rhythm…and when he wants to rock like “American Dreamer,” he brings up the energy to match perfectly. The music comes up for any given instrument at all the right times…seriously well-written stuff. That city has always been a fascinating center of adaptability; listen to “Guarantee To You,” and you’ll hear that this could very well have been a full-on country song or perhaps even a modern-day pop or R&B track. That’s the song-writer in Chris Weaver and the skill of the Chris Weaver Band transforming and shaping these songs into true Americana blues and rhythm-rock.

As they rip through the mid-section of the album, the ball is never dropped. Tracks like “Without Chains,” and “Givin It Up,” are played & produced flawlessly as the rest, with Chris truly letting the anthem-style of “Givin It Up,” really take hold of him on the vocals throughout this song. To the opposite effect, “I Should Have Said That,” is a cut that will make you appreciate this band should be every bit as big as Train or John Mayer…fantastic song.

Lyrically…well…there are a few clichés; but let’s face it…clichés exist for a reason generally and certainly within music; Chris is quite often singing out what is on the inside at the very core of us all. While tracks like “American Dreamer,” and “Time Has Wings,” might possess a few more of these familiars within them, for every line that Chris may borrow he brings another incredible one of his own. What prevents any of this from sounding old or overdone is the flat-out passion this band brings to their music and the astonishingly conviction in which they play.

As they head towards the end of an entirely rock-solid album, they’ve saved a real gem or two still here for the end. “Nothing More,” is one of my favourite tracks on this album…excellent verse in this song…it’s a wicked low-rumbler; great bass holding it all together as guitars solo throughout this excellent track. The breakdown is perfect and another perfect jump back in bringing the energy right before heading back to the excellent beginning sounds of where this whole track started. Loved it.

Another performance for the record-books, Chris Weaver wraps up the album with “Want It,” proving that he and this band truly DO as he attacks the verse and chorus of this track. There might be acoustic sounds here on and throughout this track…but make no mistake, this last track rocks the house and leaves a massive lasting impact on a listening ear. As a bonus, you get the single-worthy “I Should Have Said That” as an acoustic track once again at the album…some real insight into what this guy is capable of just sitting down at a coffee shop.

Just don’t get used to that idea…this band will be playing full-stadiums before long, I have no doubt.

Find out more from their official page at: http://chrisweaverband.com/