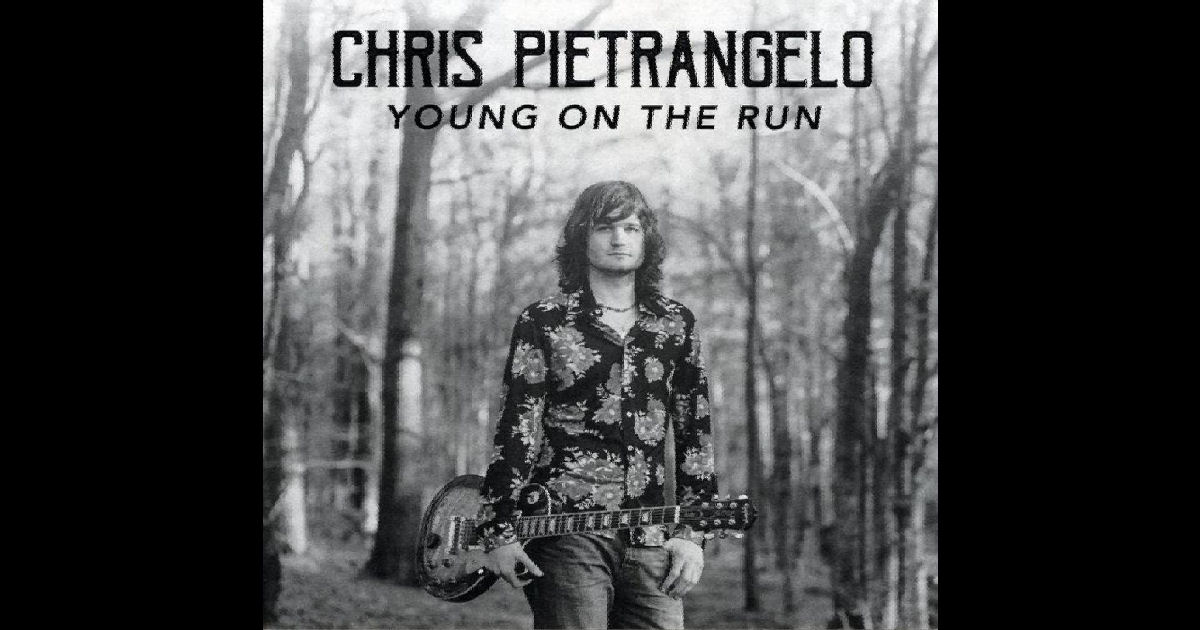 Chris Pietrangelo – “Hard To Be Sad In Nashville” – Single Review

Well Nashville…here we are again my friend.  Each time I kick your tires, you still keep on coming back like nothing ever happened.  Are you trying to tell me that our little corner of the internet isn’t enough to convince the world of how the blissful music-machine you’ve become is slowly destroying the fabric of the art itself?  You’ve already consumed and commercialized more than half the souls & artists that have made their humble pilgrimages to the music mecca that you are in hopes of realizing their dreams – and rather than celebrate the uniqueness that brought them there, you possess their sounds, you process music like cheese, you invade an artist’s natural instincts, and replace what made them special with slickly polished metaphors and clever lyrical imagery that’ll nearly beat the horses to death right there as they stand parked outside the ol’ Bluebird Café.  I mean…look at where we are right NOW Nashville, look what you’ve done NOW – you’ve clearly done a number on good ol’ Chris Pietrangelo…he’s got so much Nashville on the brain that he’s worked you right into his new single.  #NashvilleNashvilleNashville.

To be fair though…I suppose I should point out the fact that Chris is actually based out of Memphis.  But c’mon people…not only does it suit the narrative I was going for, but it’s only a mere 210 miles away according to trip advisor.

Anyhow!  There’s a song in here somewhere…perfectly rounded at all the corners and all-that…again, whether it was recorded there or not, it certainly has that Nashville sound/production/approach/songwriting-style…by what has become nearly sheer default, there’s nothing to be complained about here – Chris has written & performed a flawless tune that draws strongly on melody and its gentle acoustic nature.  I like the sound of his voice, the mix & the music are all on-point, the lyrics tell their tale and do what they’re intended to do; I think where Chris succeeds most for me is the fact that, despite the Nashville-effect, he’s still able to communicate a bit of the genuine sincerity that came into town with him when it comes to his vocals.  Nashville might have gotten to his mind, but it hasn’t fully claimed his entire soul yet…there’s still a bit of Chris in there, and you can hear it in the heartfelt way he sings this song…he makes this moment more authentic than I would have assumed it could be, given the Nashville theme & all.  #NashvilleNashvilleNashville

And for what it’s worth, I’d imagine that it IS “Hard To Be Sad In Nashville” – I think sadness & reality only exist outside of its city limits; on the inside, it’s still 1965-1985 over there and they’re partying like 1999 is a concept that’s far beyond anything they could concern themselves with.  They stay in their lane over there in Nashville, they know what they do and how to do it all better than the rest, there’s no doubt about it.  The ingredients for a song are as they have always been and always will be – though it’s a style that’s built on flashy hooks that are designed like words filling a giant neon sign, the core recipe for what’s included never changes.  It’s a testament to ‘how can you improve on perfection?’ – and as much as I might mock the city for that, there’s no doubt that it’s also an achievement and the city’s amazing music reputation has become a stereotype for a litany of valid reasons.

All this being said, the city remains to this very day, even with everything I’ve said throughout the years, a massive draw for artists and musicians to flock to; and in that process – there are numerous casualties.  And no, this time I’m not talking about disintegration of the art – hey-o!  No…this time, I’m actually talking about what Chris is singing about on “Hard To Be Sad In Nashville” – which truthfully, all jokes aside, does contain quite a few insightful moments.  The casualties are often the people and relationships that are left behind as we pursue our dreams above everything else…sometimes those people in our rearview are images we’ll always see as we speed towards our destiny.  Chris highlights a lot of this throughout the lyrics on “Hard To Be Sad In Nashville” – which ultimately, is a love song that details the pain of leaving love behind and the fact that even when you think it’s gone, you can’t escape it altogether.  The first verse in particular deals with some very real emotions…much in the vein of what you’d expect you might feel yourself if you were to pack it all up and leave someone you loved behind.  Not gonna lie, the second verse draws to an unsuspected conclusion that I wasn’t expecting…I suppose that’s a choice that could be made as far as the storyline is concerned, or perhaps personal experience if that’s what this song is based on…but I’d also argue that it adds a massive amount of complexity to the concept of love and what it means.  On the one hand, ‘Nashville ain’t got you’ – and on the other hand, ‘I guess I’ll take one home with me tonight’ in reference to what’s available & what’s around…those are two tough concepts to reconcile within the same song, know what I mean?  If this love that Chris is singing about is so incredibly important as that first verse & chorus of this song would lead you to believe – then…well…well then how is the second verse even a possibility?  But what do I know?  Maybe that’s how it goes…maybe that’s the impact of the weight on the character in the storyline of this song and that’s the result of the decisions made…proof that even though we might have a destination in mind, we still never really have an idea of where life itself will take us.  Either way…the combined lyrics of this song definitely had me scratching my head a little as they seemed to be saying two different things about love at their core…or rather, revealing two different desires, whether intentionally written or not.  On the other side of the coin, love is never easy, it’s relentless complex whether it’s alive & thriving or cold & dead…the ghosts of love can be just as present as those we see every day…and a lot of the haunting details that Chris sings about on “Hard To Be Sad In Nashville” certainly speaks on both.

Good tune.  Solid melody.  Interesting words.  To his credit, I didn’t expect a song based in a Nashville setting to make my brain think today, and Chris has definitely had my wheels turning & fingers typing.  I always appreciate that in an artist’s work…I like to think that through a few of these word-things that I write that it works both ways…that an artist will absorb a bit of what’s been said or pointed out and appreciate their own music from a different point of view, from wherever place in the world that it comes from.  Cause everything’s shiny in Nashville…it’s sunshine & rainbows & hit-songs 24/7 there – it’s “Hard To Be Sad In Nashville” – just like Chris says…he’s completely right, no matter how sad some of the songs that come out of there may be, it’s still high-fives in the studio all day every day over there.

I’m still gonna kick that city’s tires though until I’m convinced it’s loosened the stranglehold it’s put on creativity & innovation…and just like, because obviously that whole place has only produced millions of hits throughout the last hundred years and is CLEARLY needs some help in marketing itself to the masses, I’ll help it out one final time with my support via hashtag.  #NashvilleNashvilleNashville

“Hard To Be Sad In Nashville” comes from the album Young On The Run by Chris Pietrangelo – find it here at Amazon:  https://www.amazon.com/Young-Run-Chris-Pietrangelo/dp/B071ZDD4VC