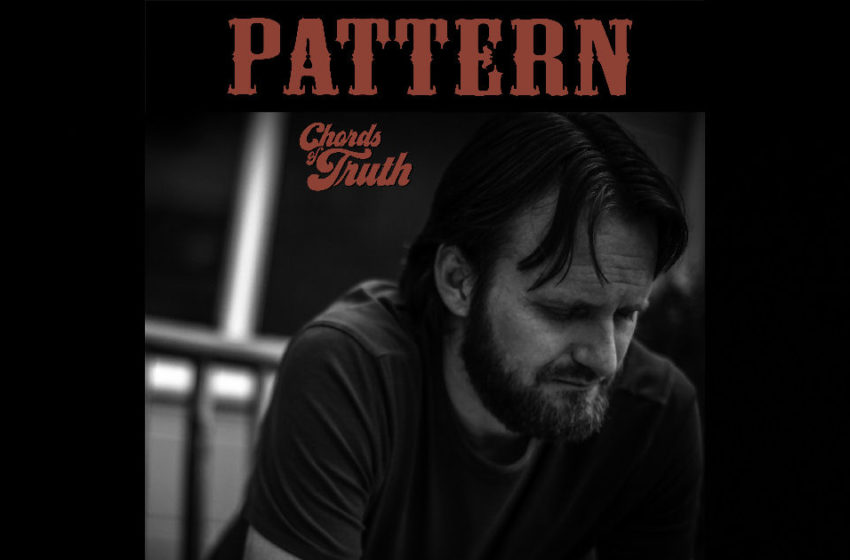 Way back in 2013 when I first reviewed Chords Of Truth on the double-disc set called Reflections Of Reality, I’ll admit I was still finding my own voice as a reviewer at the time.  Though I enjoyed most if not all of that experience, there were still a great many things about Chords Of Truth I felt were unanswered for me…like somehow it was all flying over my head somehow, which is certainly possible even still to this day.  In 2016 however, with the release of the single “Wonder,” clarity came in a huge wave and the specialness of this solo-project from Jason Garriotte revealed itself in a whole new light.  More confirmation followed just a bit later on in the same year with the single “Freedom,” which was also a highly impressive cut from the Chords Of Truth catalog…and it seemed as if the momentum was flowing in his favor.  Then came break time.

Don’t get me wrong, I’m sure Jason was every bit as creative behind the scenes during the past couple years away…in fact, I know that’s the case for a definitive fact – he’s been working on a brand-new animated web series/podcast called Mindstretch With Fletch for starters…but chances are, the socially-conscious artist has been involved in all kinds of causes for humanity or been traveling the earth looking for people to help along the way.  Point is, he’s a busy man and the world always needs saving.  Or that time off can be a good thing too.

Incidentally, the new single “Pattern” by Chords Of Truth is the theme-song for Mindstretch With Fletch; feel free to use that fact to win trivia night at the bar one day in the future, enjoy your beer.

Another fun fact for you – “Pattern” was also recorded in Southern California at the same time as previous single “Wonder” and “Freedom” were – which to me, was already an indication that this new Chords Of Truth single would hit the mark.  Something in the air during that recording session for sure…I wasn’t there myself, so I can’t exactly say what it was, but someone or something got the very best out of Jason Garriotte during that time, as proven by the clarity of vision, sound, and substance on his previous singles.  To read that “Pattern” came from that inspired Southern Cali set…I instantly became excited to hear this new tune; if there’s one thing that can be certain of artists, it’s that when they strike when the iron is truly hot, that roll can continue for as long as the studio tape keeps on a-rollin.’  Or for you modern-day kiddos out there, until you fall asleep and leave Protools running and your hard-drive space runs out.  You get the idea I’m sure – when you’re in the zone, the magic can continue to flow.

From the gorgeous musicianship sparkling in his guitar work, to the wisdom-laden tones he sings with, “Pattern” mixes bold sound inside a gentle folk-inspired atmosphere.  The bass is killer…LOVE the sound of the tone it’s got in this song…the drums keep the purpose-filled sound flowing with strength, and the backing vocals from producer Jef Joslin also add depth & dimension to this Chords Of Truth cut.  In short – there’s really nothing to complain about here whatsoever; just as predicted, the Southern Cali set has yielded yet another extremely strong tune from Garriotte.  As many great things as you’ll find in this song – the star of the show truly remains that way, with a remarkable performance that has Jason sounding at his best yet again.  I really do love that his vocals seem to carry such a naturally knowledgeable sound to them…like you can hear the wheels in his mind turning and these thoughts of his connecting somehow, leading us down the path of his logic, concern, and sense of urgency in helping educate the rest of us.  It’s because of that melodic-meets-gritty wisdom in his voice, that the power & meaning in his words connects and lands as strongly with listening ears as it consistently does.  In my opinion, that’s a large part of why I feel like Chords Of Truth is such a perfect fit for a name for Jason’s project – he has a voice that audibly sounds like it couldn’t possibly tell a lie to ya…that what you’re hearing is genuine.  I don’t think he’s put any effort into forcing that aspect of his music, I think the truth-telling & direct storytelling songwriting style in Chords Of Truth is what naturally suits & embodies the person that Jason really is.  He’s unafraid to ask questions or speak truth to power when it’s needed most – and he admirably uses his platform with authentic purpose, which is again, seeking to help educate and awake our social consciousness through his music.  I really like the chorus of this cut in particular…not only do I think that Jason shifts into it with the most powerful part of the melody up front right away, which makes a massively memorable impact, but I also felt like it was written a bit more ambiguously at this particular point in the song.  He does mention ‘progress’ – but even that can be construed as a word with double-meanings in the chorus…which eventually has us asking – is a “Pattern” in our lives personally or the ones we share with each other, a good thing or a bad thing to have?  I’ll leave that there for ya to consider.  I think in many ways, the smart lyricism of Garriotte really emerges powerfully here; he’s got perfect imagery in his words, smartly weaving lines like how ‘our brains our trained’ into the mix, which is also a “Pattern” of its own kind, like when you look at how memory works onscreen in the doctor’s office.  Alright, it probably didn’t happen there for most of us – but you know, like, thanks YouTube for always being there to show us this kind of stuff exists.  A “Pattern” for us as people, can lead in many directions – and I think again where Jason tends to shine brightest as a lyricist is when he shows us the good & bad of the potential outcome of those choices in the imagery of his words & the nuanced expressions in his voice.

Find out more about Chords Of Truth and stay up to-date on the buzz surrounding the new single “Pattern,” which will be available officially on February 22nd this year, by visiting the homepage at:  http://www.chordsoftruth.com