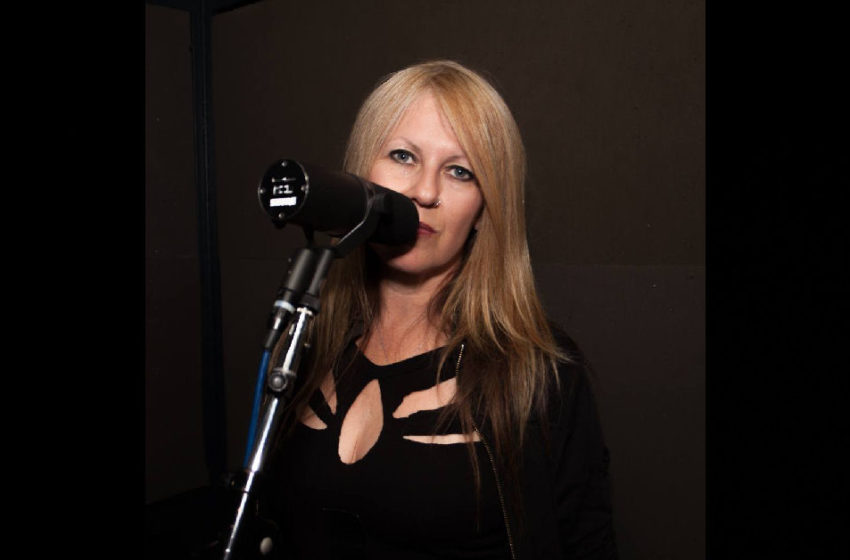 SBS:  Let’s make sure we’ve got everyone on the same page – who are ya?  How long have you been doin’ this music thang and what’s the story behind it all?  What separates you apart from the rest?

Cherelle Jardine:  I’ve been songwriting, recording and performing since I was 16.  In 1998, I put out my 1st album Born Naked which I recorded by exchanging janitorial services at a now defunct studio called BullFrog that was in Vancouver.  If I could go back in time I would tell my younger self, never do a naked cd cover, it ends up biting you in the ass.  My 2nd cd was released in 2002 which I called Something Good is Happening.  It was a heavier album instrumentation wise but the studio was new and so was the Producer.  Put that all together with a still fairly green me and the recording lacked the professional outcome that I wanted it to have.  Although one track, the final one, “Things you do” was recorded at BullFrog and was miles ahead in production, thanks to Bart Gurr who produced the track.

Next up was Bleeding Water, 2004.  The album turned out pretty good but sadly there was so much ego involved in the project – from the producer who thought he was the cat’s ass and didn’t give me any credit when it came to ideas … at the end of the project I realized it was that I was a woman and in he was the “alpha male,” to the co-writer on the project, that’s a story for another day…

The album was dead in the water so to speak as soon as it was released.  I’m really happy to have had David Sinclair who recently passed away to have played beautiful guitar tracks on 2 of the songs that are on my Cherelle Jardine Bandcamp page, which I just recently put up.

2006 I released Head Traffic.  Produced by Ray Roper and David Wills of Stonebolt.  Another shining memory, my drummer Karl Watt played on 2 tracks.  He sadly passed away of ALS, 4 years after he recorded.  I’ll always treasure that album for that very reason.  As well, a few of the tracks were recorded in part at the Woodshed in Toronto (Blue Rodeo’s studio) with some of the guys from the band.  Bob Egan, Bazil Donovan and the late James Gray.

In 2009, I was thinking about recording again and asked my daughter Ajaye if she wanted to be in a band with her mom and make some music together.  I was surprised that she said yes and we spent the next 4 years together, producing 2 albums The Jardines and Someone’s Stolen Tuesday.  The project ended in 2012. Ajaye went off to start her solo career in Nashville and has been kicking it down there.  www.ajayejardine.com

In 2011 while the Jardines was still touring and recording, Marc Gladstone, Scott Jackson and I started a band called Stone Poets.  From then until now, we’ve released 4 albums, 2 singles, toured across Canada, down to California and have performed hundreds of shows.  We are still writing and planning to continue performing once the pandemic is over.

In 2015, Marc and I put together a rock band called HEAD.  In this band, I took on an alter ego, Lyric.  This was the perfect project to write about my past, under the character “Alberta.”  We released 2 albums, Afraid to Sleep 2016 and Dear Father 2018.  Both albums tell the tale of Alberta, the torment that she endured growing up with an abusive, alcoholic father.  The story of Dear Father can be found on our website.

What separates me from the rest… Thank you for asking.

I am a chameleon, allowing my muse to guide me.

My undying love of music , my gut wrenching yearning for getting my thoughts on paper with melody and letting the world in on my little secrets is a way of life for me.  I don’t just want to do this, I need to.  There is no other choice.

SBS:  How has this time in lockdown/quarantine affected you and the music you make?  Positives?  Negatives?  It’s obviously a crazy time for everyone, but certainly musicians throughout the independent scene as well…what have you been doing to make sure the music is still flowing somehow at this time?

Cherelle Jardine:  I suffer from anxiety so as you can imagine, being isolated is challenging.  The negative – we lost all our gigs and most of our summer festivals which is a financial disaster.  So thankful for the CERB right now.  The positives – I’ve been writing like crazy.  We are working on another new project that will deal with isolation, that’s all I can say right now.  We are also performing Facebook live concerts, so it gives us a format to reach out to our fans.  Stone Poets are also going to be putting on a concert…using and showing how to do it while social distancing.  I’ve started up writing the final chapters of my book – Dear Father and interviewing new artists for Make a Scene Canada.

SBS:  Is there a lesson to be learned in all this Covid-craziness?  If so, what do you think it is?

Cherelle Jardine:  Lesson – WE not ME.  We are isolating to drop the curve, so all the hospitals aren’t plagued at once with making a decision on who lives or who dies because there aren’t enough beds or respirators.  We’ve only got this if we work together.

SBS:  What is the most key thing that people can do out there to support musicians during this time?

Cherelle Jardine:  As I mention on my radio show Make a Scene Canada on Pacific Northwest Radio https://make-a-scene.captivate.fm (shameless plug) each week:  Support musicians, buy their music, like their pages, share their pages.  If they perform live concerts, tip them.  Most of us have virtual tip jars.  It all helps.  Or send an e-transfer, without saying a word.  What a nice surprise that would be.

SBS:  There are some that say there’s ‘no going back to normal’ and others that still think that’s a possibility after all is said & done and we’re allowed outside again…what do you think?  Let’s ballpark it…let’s say it’s…September 2020, that’s not too far away…what does the world look like at that point?

Cherelle Jardine:  Concerts may see people having to wear masks if concerts are allowed at all.  I think the new normal may be online concerts continue and expand.  Someone has to come up with a better app though than Zoom.

SBS:  What do you miss most during this whole lockdown?  What’s the first thing you plan on doing if/when things find their way back to normal, and why is that the most important thing to ya?

Cherelle Jardine:  I miss family and friends, I’m a huge hugger so I miss that human touch.

I miss talking to our fans after a show.   I miss rehearsing with my bands.  I miss hanging out at the studio.   I miss going out without being concerned about being infected with Covid.

SBS:  Open floor!  Anything else you want to say to the people out there?

Cherelle Jardine:  Please be kind.  We are all going through this pandemic together.  You don’t know someone’s story until you walk a mile in their shoes.  Let’s take this time to take inventory of our lives and make a plan to have a positive impact on the earth once this is over.  I also want to say thank you from the bottom of my heart to our essential workers.  We couldn’t do this without you.  Thank you Jer for having this kick ass company – sleepingbagstudios.

Find out more about HEAD at their official website at:  http://headmusic.ca

Find out more about Stone Poets at their official website at:  http://www.stonepoets.ca

Find out more about Cherelle Jardine’s work in the music-scene at Make A Scene Canada here:  https://www.facebook.com/makeascenecanada

We’ve extended the deadline & we’ll be accepting submissions to the SBS Covid Relief interviews in written, audio, and video forms until the end of May – find out more about how you can get involved right here.

Find out more about what sleepingbagstudios does to help assist the independent music scene and view a list of our services by clicking this!