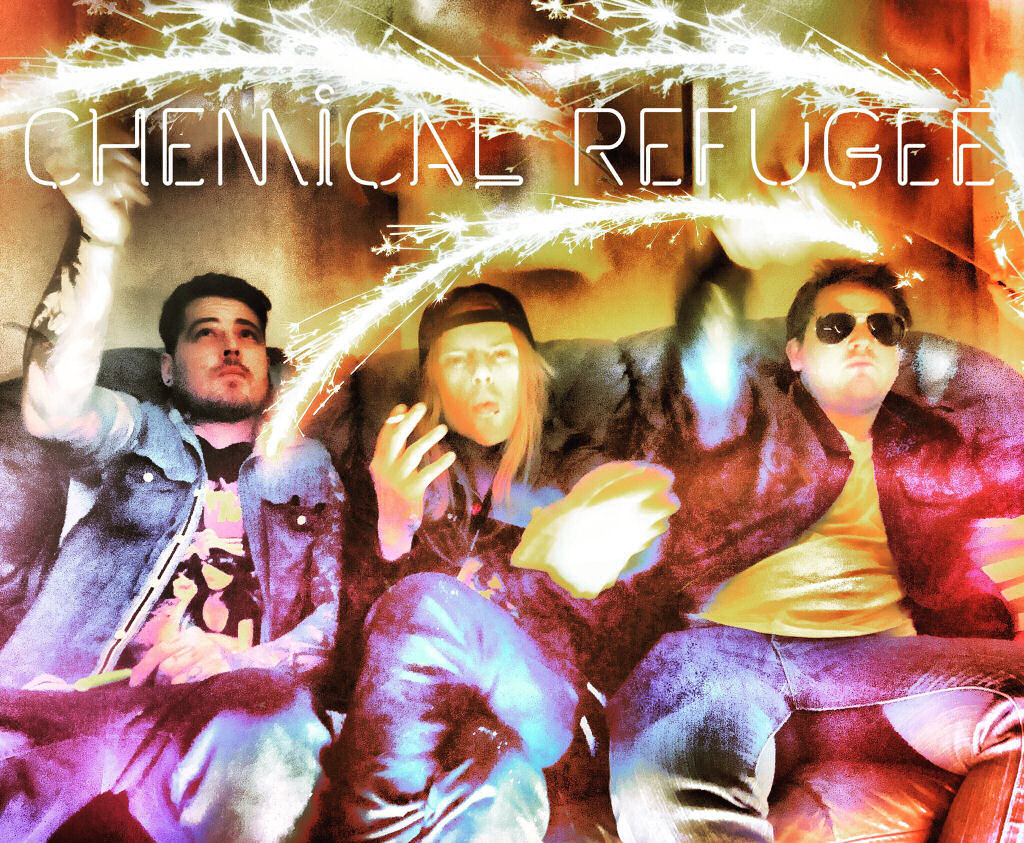 Much like the band we reviewed earlier today when uncovering the music of Shobocon, Sydney Australia’s latest offering in the psychedelic/music combination, Chemical Refugee, are amping up the excitement and putting everything they have into their music right now. Releasing a song per month until their album reaches completion – “Therapy Song” is the first cut we’ve got to sample from the Aussie-based band, and the big, rich & dynamic sound of the beat to this new-single is a perfect introduction. Full of texture and innovative ideas that pulse and swirl while authentically offering something NEW for your ears to listen to…from what it sounds like, Chemical Refugee has got a good thing goin’ here for sure.

If the pictures on their social media, band-name and overall attitude in their music are any indication of the personalities behind their style, ideas and sound – this project could potentially go ANYWHERE – even as a three-piece as-is. Because of the work they’re clearly putting into the editing, mixing and production of their music…and the Chemical Refugee blending of genres through “Therapy Song” – they could rock, they could jam-out…hell, they might even bust a rhyme or two…

Excellent guitar solo in this lead-single as well…one that gives me much hope that the musicianship & instrumental sections of this band will stay as strong in the tunes to follow…smartly written and perfectly played. The overall rhythm & hook in the track have a ton of beef to them, and for their first single, Chemical Refugee has managed to deliver a memorable song through a committed effort & sparkling performance. I almost find it bizarre that there’s a ‘Radio Edit’ version of the single as well – this is already a song born for radio in its original form!

Armed with vocals that put copious amounts of energy into the auto-tuner on a level that Weezy himself would be proud of on his rock-songs…Chemical Refugee has mixed themselves a truly clever tune with how its electro & psychedelic influence works with the layered vocals and the smart-choices they’ve used on both the lead & backing tracks. Excellent rhythm, groove and melody in the main chorus-hook, but overall “Therapy Song” never slows down in entertainment value…it’s got a BIG sound…the way they bring it all back with the pronounced guitars after the breakdown…MASSIVE.

Definitely a sound that I can hear the people out there will be digging on for sure…it even sounds like Chemical Refugee even know exactly what I’m talking about when you listen to how “Therapy Song” ends. With exclamations of victory, celebration and a bunch of “Fuck Yeahs” – their first single is a thumper right to the last beats and an extremely satisfying listen. Stoked to hear whatever else they come up with next…like I said, I have a feeling this project could take its members anywhere in the future as this album takes its shape. It’ll be an odd, shifting-shape of non-stop entertainment I’m sure – and you know that means I’m in!

Check out what else they get into on the internet at these fine online establishments: