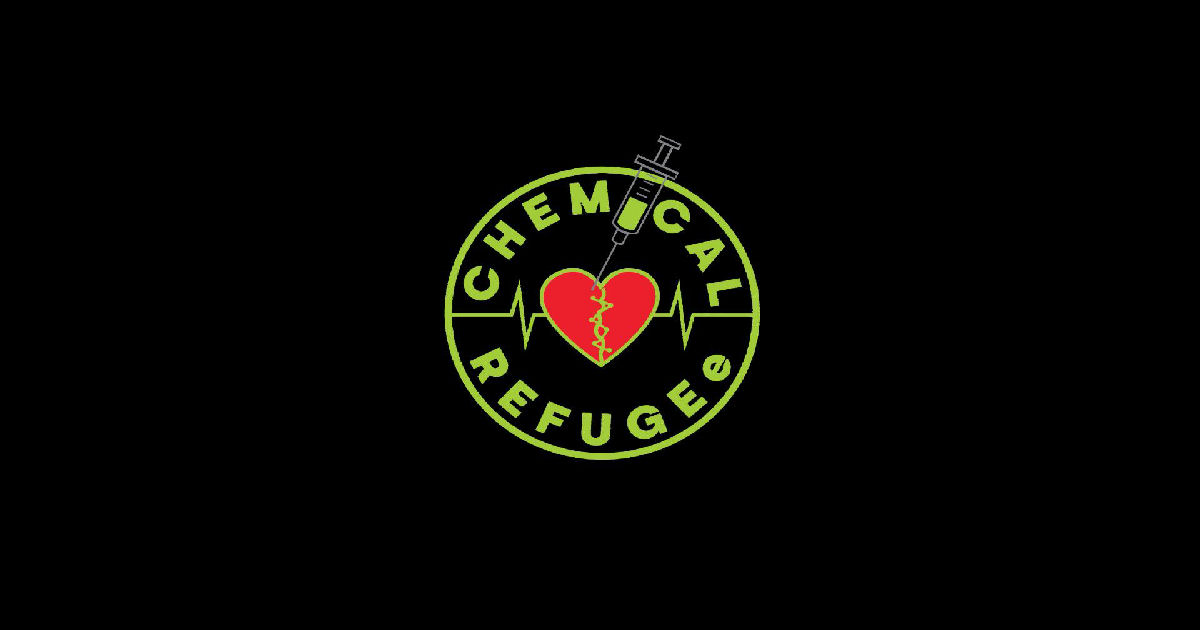 Rockstars I tell ya.  Even in the independent scene they can get so busy so fast they don’t even remember the little guys like us out there.  We reviewed Chemical Refugee back in 2015 when we checked out their single “Therapy Song” – even wrote a bio for the boys at one point.  Shortly after that, I’m guessing fame and fandom found them quickly…our words began to fade from their mind in a haze of smoke & blaze of mayhem no doubt…years have gone by & they’re now back with a new submission, the new single “Decimated Days.”  Accompanying their latest song, is of course, all the info that typically gets sent out with music from promoters etc., no hellos of course (standard lol), but links & all that…even a bio included…which…is definitely not the one I wrote (ouch!) – guess it didn’t make the cut!

Anyhow, they’re back now, so here we are.  They’re still from Sydney, they still make music, the world still keeps on turning.  There’s your update on the band…the update on me is that I’m still a smartass and here to give people a hard-time; in other words, nothing has changed and I’m exactly the same.

I liked Chemical Refugee last time and certainly still feel the same way – these guys make a really gritty & rad style of music that mixes rock & electro into badass rhythms & chilled-out grooves.  Is it the song of all-time that justifies the two & a half YEARS in between singles on their Soundcloud page?  Couldn’t tell ya that…that’s quite a while to keep the fans waiting and who knows what their expectations have risen to since getting a taste of what they were capable on “Therapy Song” way back when.  For some, there’s no doubt about the fact that “Decimated Days” is worth the waiting – again, I like what these guys do & just want MORE of it – hopefully, somewhere over there across the water, they do too.  They should.  Chemical Refugee started something truly unique in 2015 with that first testing of the waters & their debut – hopefully this follow-up cut “Decimated Days” is a sign of the start of more music to come!

Personally, I don’t see how “Decimated Days” wouldn’t inspire this crew to make more music with the wicked way this song came out – mind you, I would have said the same thing after listening to “Therapy Song.”  Hopefully, the band is now at a point where the music can become a priority full-on – hearing the ear-catching & spectacular sounds on their new single kinda indicates that, yeah guys, this should be your full-time gig.  Not sure if they’re all desperate to become accountants instead or what…but clearly, musicians are what these guys are meant to be – “Decimated Days” confirms that.  Listen to the writing & structure, listen to the sound selection & production, listen to the way they’ve tightly performed their new single – LISTEN to the imaginative and innovative spin they put on the electro-rock style and how the song evolves & expands into an all-out TRIP & sonic adventure…they’re killin’ it here on this new cut!

Being 100% honest with you all as I always am – I wasn’t entirely ecstatic about “Decimated Days” on the first spin through it, but by the time it started up again on repeat, it felt like I NEEDED to listen to it again.  Not like, as in I didn’t WANT to listen to – of course I did…it’s much more druggy than that…what I mean is, I like…NEEDED to hear it again, like a musical FIX.  My ears needed to ‘get well’ – you feel me?

So let’s examine WHY that was the case.  I’m gonna go with something to the effect of…a split between wanting to hear the incredibly smooth approach to the verse and the seriously spectacular chorus they’ve put into “Decimated Days” – both the song’s main ingredients completely deliver satisfaction & beyond.  On that first spin through it, I knew I liked the overall sound…that’s almost obvious to anyone that would listen to “Decimated Days” – it stands out for its vibrant creativity.  Believe it or not, quite often, hooks, when written really well, don’t always stand out in those first impressions no matter who wrote’em!  The really good ones dig in deep, challenge the ears, the mind, thoughts & emotions – and that’s what you get here on this new single from Chemical Refugee.  Essentially what I’m saying is that, while you’ll certainly notice it the first time you hear it – it’s with the repetition that the full-scope of their awesomeness begins to really sink into your ears.  In the case of “Decimated Days,” like I was saying, it quickly went from something I wanted to listen to into something I NEEDED to listen to.  And no, not because it’s my ‘job’ to listen to music – it was more like separation anxiety crept in whenever it wasn’t playing on the studio speakers here at SBS over the past couple days.

Because straight-up…the powerful hum in the electro swelling and expanding, the smart selection of synth-sounds and gigantic low-end presence that exists in much of this new single is quite captivating.  You add-in the brighter synth selections, subtle beat to guide the song, smart backing vocal-layers and INCREDIBLE lead vocal performance and you’ve got yourself all the ingredients your ears wanna hear in this amazing tune from Chemical Refugee.  Cleverly paced, solid imagery in the words, great tone in the bass-lines and solid use of the loud/quiet dynamics as they shift between verse & chorus.  As much as I love the beginning stages and music of “Decimated Days” – I’m just gonna come right out & say it, the chorus damn near pays the price of admission on its own.  They’ll likely hate the comparison I’m gonna make here, but “Decimated Days” is almost like what you’d imagine Smashing Pumpkins would have sounded like if they kept at the more electro-inclined direction they began on Adore and somehow continued to refine the style into something even more awesome years later.  I LOVE the amount of character & attitude in the opening verse – LOVE the power the vocals summon for the chorus and how it takes the entire experience to that next level.  Smart vocalizations assist the instrumental sections as well…sometimes more simplified ideas like that can be highly effective and contribute massively to a song, even as subtle as they are.  If anything, I wasn’t sure about the quick-dip into Ed Sheeran’s territory by flipping the script briefly into a fast-paced near-rap for some of the second verse…I get the idea of needing to switch it up, but in my opinion it’s the first verse that comes out sounding the most focused.  That being said – it IS because the dude picks up the pace that the chorus sounded even more powerful the second time around as he rages into the hooks that next time out.  So…I mean…if that’s the trade it takes to get to that energy in that second chorus, I’m happy to make that exchange.  Lyrically, it’s sound & the band is on solid ground stuck here in the murk & the mire – there’s really nothing to complain about when it comes to performance or production on “Decimated Days” – its powerful lively-but-melancholy mood & atmosphere seems to really suit the band and their style.

“Decimated Days” is certifiably rad – let’s hope they don’t make us wait another couple years for the next cut they make!  Chemical Refugee has a lot to offer the music-scene and I can certainly hear that their new single has all the creativity, innovation & right moves in it to connect with a ton of ears out there.  I know I’d be in this band all-day every day if I could be…they’ve got extremely awesome ideas & a level of focus & execution that clearly shows that when it comes time to make some music, they give it everything they’ve got in effort to create something truly new for your face-holes to groove on.

Find out more about Chemical Refugee at their official Facebook page:  https://www.facebook.com/chemicalrefugee/