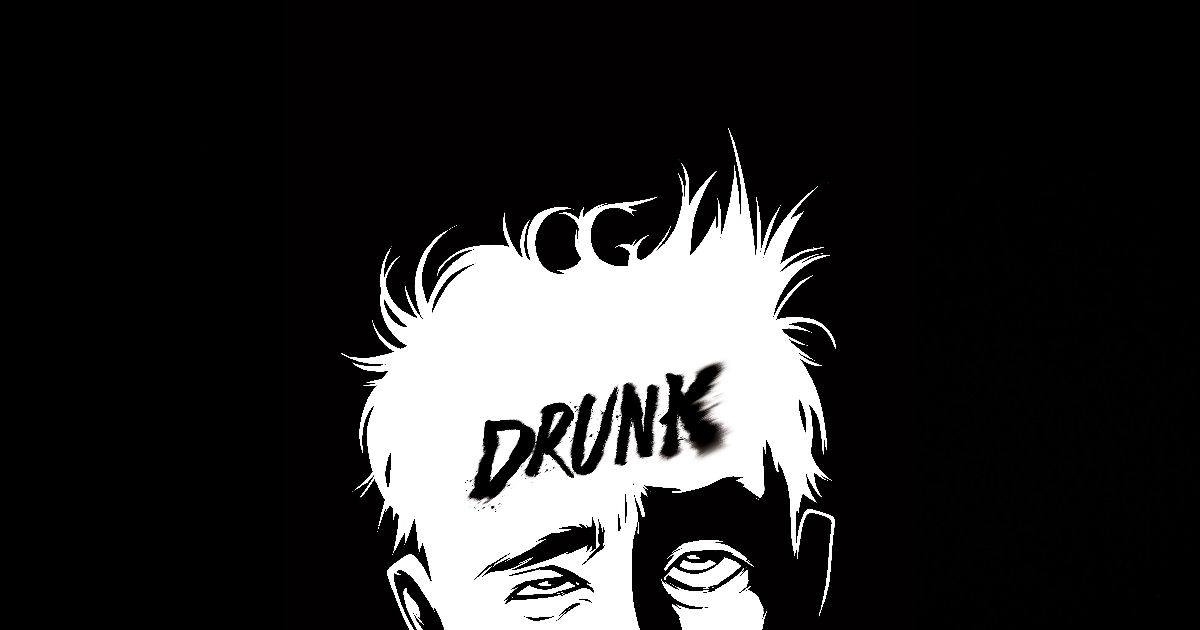 Hard to argue with stunning execution, facts are facts.  Chasing Giants, the ever-collaborative crew based out of Australia have a core of talented musicians that aren’t the type to make mistakes when it comes to gettin’ it done right from the stage or in the studio.  We checked them out earlier in 2018 with their Dangerous EP in review here at the page…where…if my memory serves me correctly…I ended up telling them a whole bunch of stuff they were fully expecting me to say – oops!  That being said, there’s good & bad in that…the good being that the music was endlessly tight and the review came out pretty positive for Chasing Giants…the bad of course being that I must be getting a lot more predictable in my old age.  “Drunk” probably proves these facts to be just as true this time around even more for a lot of similar reasons…it’s a track like this that sure reminds a guy like me just how popular I wasn’t back in my school days & early ventures to the clubs shortly afterwards.  I’ve never been the party-going guy; concerts yes, parties no…there’s generally a massive difference between the music you’ll find at those two types of events…or at the very least, if that’s not the case, I was definitely at the wrong ones.

“Drunk” is an entire celebration of youth, partyin,’ drinkin,’ and gettin’ all-out wild with your Friday night – or whatever night it might be, just turn this tune up, add some alcohol…and then if I’m not mistaken, I think the party just starts happenin’ around ya, wherever you are.  Kind of like the song equivalent of the movie Field Of Dreams, you know?  Like…just like how we learned ‘if you build it, they will come’ from the Costner film…I’m pretty damn sure ‘if you turn this up, the party will go off.’  “Drunk” is built on extremely well-executed good-time vibes and an unrelenting focus on giving the people what they wanna hear when in a similar state of mind as what you’ll find in the themes of the song.  Put this on & listen – you can practically see the bottles swinging around & people dancin’ it up to a track like this visually in your mind as they roll through the stomping rhythm & groove and enticing vibes of “Drunk.”  Thematically, as an old guy now, I’m virtually indifferent to the lyrics…even way back when before I was older than dirt, I’d have probably been the same way…just ain’t my particular thang but that definitely doesn’t mean it wouldn’t be yours – in fact in many ways, your odds probably dramatically increase.  “Drunk” is flashy, bright, bombastic, and unapologetic in its determination to create the ultimate party vibe – it’ll frighten curmudgeons like me out there and appeal to the much larger masses of happier people that exist…like I said, ain’t nothin’ wrong with that whatsoever; I’d prefer that, if I were them.

Structurally, songwriting, performance, and production-wise however – I’m never anything less than objective – and I know that there’s zero question about “Drunk” being a perfect candidate for a single-worthy tune – it’s tight from every corner, much as you’d expect from Chasing Giants.  I mean, if the mission was to create a party-tune that people will really want to turn right up to the rafters and get their neighbors calling the cops on’em – then like…you know…job well done boys!  Who would think anything otherwise?  Not every song needs to dive deep into poetry & prose…that’s just a given; Chasing Giants confidently substitute substance for…well…substance of another kind really.  I think Adam Kearns does an excellent job up-front and really captures the essence of the energy the band puts out with the beat-heavy movements that’ll get people in the party crowd jumping with excitement & enthusiasm.  Dude has a really smooth sound in the verses that I really dig…and of course, with a few more words to flush out the details of this hazy night and arguably a bit more melody in these moments, those were likely my own favorite part of the song.  That being said…the chorus of “Drunk,” is, admittedly, pretty damn irresistible…I should know, because I’ve sincerely tried.  There COULD be a bit of that magic of repetition and how spinning something as much as I have while writing this up will eventually hypnotically work its way into my brain favorably…but at the end of the day, I think I just have to bite the bullet and admit they’ve got themselves a great tune here.  Even the chorus…which is ALL-HOOK and essentially bringing it down to one-line of lyrics…I mean…how could anyone argue that’s not capturing the vibe perfectly?  You’ve been to the bottom of that red cup before – you KNOW sometimes you’ve got a more limited amount of words than you maybe might like to have, but that sometimes it’s the most simple expressions that become the best reflections of how we’re really feeling.  “Cause I’m drunk” becomes a bizarrely endearing anthem of sorts because of this…you end up feeling like you could literally go own the club floor with a bottle in the air while singing this out loud enough to match what’s coming from the state or speakers beside you.  Plus, when you listen to the surrounding atmosphere in “Drunk” and the voices of people having a great time in the background…it’s kinda like Chasing Giants bring the entire party right to you; batteries not included perhaps, but just about everything else is.  Musically, they’re as flawless & vibrant as ever on “Drunk” – Chasing Giants are an extremely capable band full of genuinely talented players & guest-stars – and they prove that to be 100% true with their performance & focus on this new single once again.  Best advice an old guy like me can give ya is to just surrender early on, don’t resist, don’t struggle – just enjoy the amped-up energy and soulful R&B/Rock groove they lock onto here…because there’s not a doubt about the fact they’ve created a track here intended for FUN – so have some while you’re listening dammit.  Even an old guy like me gets that.

Find out more about Chasing Giants at their official website at:  https://www.chasinggiants.com.au