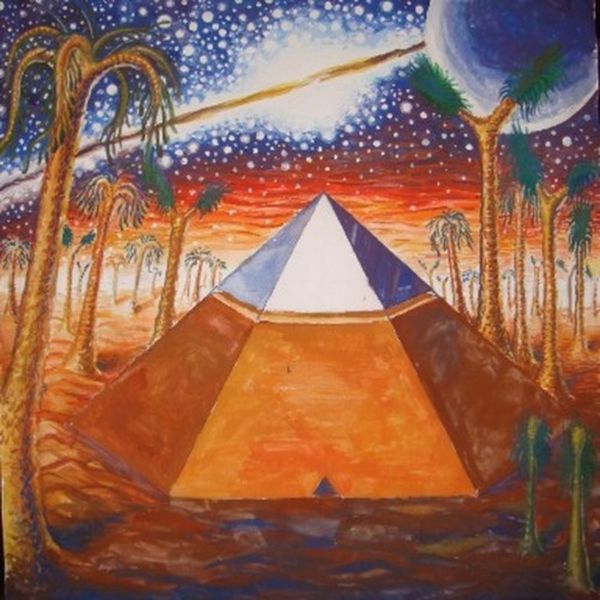 Great to hear this guy coming back so strongly.

Not that it’s been all that long since the last time we heard from Chames; it’s only been about a year’n change since we first reviewed his album Siddhartha’s Revelations…but even if it’s it’s only been a short time – it’s still awesome to hear someone step-up to crack the bat after their time away.  Don’t chuckle at the intro I’ve chosen…some emcees out there go soft pretty quickly, not Chames though; building on the impressive roll we left him on with the last record, he’s confidently rhyming through ten new cuts on his latest record, Self-Actualization 2.

With a piano intro and vocal-sample intro, the latest experience with Chames begins on “Inside You” featuring Ellis…and by experience, I mean what I say.  Chames relates the thoughts in his head gathered from his experiences throughout life and passes on the knowledge to us all through his music on this first cut.  A gifted lyricist, rapper & songwriter with something quantifiable to say – “Inside You” becomes a seriously inspiring track as it plays on, most notably brought out through the hooks provided by the cut’s guest-star Ellis.  The atmosphere & production, the sound & pace of the music…everything is working right in favor of Chames as he twists his words with tremendous skill while flowing through “Inside You.”  The verses pull us in to listen through the inspired performances on the mic and the hooks themselves plunge deep in an impressive beginning to the new record from Chames.

“Martin’s Interlude” is straight-up genius.  Chames explores a couple ideas like this throughout this record, but here in its first display, Dr. Martin Luther King’s amazing words are showcased here with a subtle & sweet beat in behind them.  Don’t get me wrong…I could listen to Dr. King speak all-day long…so that’s a factor for sure in considering just how much I liked this song…but maybe that’s the key for the next-level of spreading social-awareness…maybe Chames is onto something here!  The words themselves… and the amazing way that Dr. King speaks them is always going to be captivating enough for me, but even I had to admit, with the beat added in and the sweet vocal-samples echoing in the background…well, those words seemed to sink in even more.  Really dig this tune a lot.

As Self-Actualization 2 starts-up a whole new jam with “Pray For Me” being led by a saxophone sample and a master-class from Chames on the m-i-c.  You’ll hear a lot of impressive stuff from the main-star of this record all throughout these songs; but in the early moments of this record’s first three cuts, this is where Chames gives you a massive reminder of what he’s capable of.  Entire strings of words & lyrics come flying through the speakers on this cut, word-after-word over bar-after-bar and he STILL finds time to end the cut on an instrumental-tip!  Featuring J-Hunta as well with a solid contribution in the hook…everything works well on “Pray For Me” with perhaps the only exception being placement on the record itself; I like the song, but somehow a reference to ‘bitches & hoes’ coming so quickly after a speech from Dr. King only moments on the album beforehand…I dunno…that seemed like a strange choice for Chames and perhaps an overlooked moment that leads to kind of a rougher transition or ready-acceptance for the smooth beat of “Pray For Me” and its lyrics.  That being said…the smooth-vibe and crisp snap of the beat, the intensity and versatility of the words…it all helps you get over that switch between track 2 & 3 quickly; soon enough you’re back in Chames’ world with no issues whatsoever and happy to be there.

“Nobody Knows” comes across incredibly strong through its ideas and approach, samples and style.  Nick Arter steps in to keep it just as real as Chames does on the mic as they relate their experiences of life pre/post-election and get us ready for the future.  Smart addition of gospel-samples in the backing track of the mix…there’s a great mix of voices in the swell of “Nobody Knows” and it carries the signature stamp of Chames and his inspiring abilities to fit his words to the metering & beat, perfectly springing his syllables off the smartest points in the beat to make the lyrics come to life.  Nick Arter definitely deserves an equal share of the credit with a supercharged performance that has him right in the grip of the rhythm & flow, bringing his A-game to the mic.

While I think that “Church” speaks strongly on behalf of Chames’ intentions & mission overall, I was still a bit more mixed on its inclusion for this record.  The lyrical effort is more than impressive…and really, not quite sure what it was about “Church,” it could just be that it’s in a tougher spot on the record to fill in between “Nobody Knows” and “Pop-Pop’s Interlude” but I had a harder time getting into this song.  To his credit, he flexes like a rubber-man as he bends & shifts his words throughout the flow of “Church” and does an impressive job with his lyrics, no doubt about that; the beat’s on-point & the production is sharp…it’s a bit more dramatic/theatrical in style overall I suppose, that might have been where the mixed-feelings came-in for me personally.

Is it wrong to call Chames out on bringing a bit of cuteness to the record?  “Pop-Pop’s Interlude” really made me smile…not only are the words full of sweetness but the gentle music that surrounds the lyrics of this track really brings it home.  The sentiment is beautiful, Chames pivots and shifts quickly and keeps the words flowing at you quick, but with added melody and care in his voice.  I love the instincts this guy has for his music & sound, but especially his words here when he sings ‘No tomorrows, all we have is the moment’ – I couldn’t agree more.

Dr. King’s voice makes another appearance through the intro to the smooth groove that “No Tomorrow” quickly becomes.  Chames has done a spectacular job of involving the world around him into his personal narrative & story…these songs he writes have just as high of a degree of social-awareness as they do his own tale.  They deal with everyday life, hopes for the future, religion, relationship, love & more; “No Tomorrow” makes time for it all through its dialog-style rhyme…another solid beat that’s widely accessible and incredibly inviting through its production.

“The Mountain Top” featuring D Moses also features an astonishingly-cool sample of “While My Guitar Gently Weeps” interlaced into the beat.  At least I think so.  I could be straight out to lunch here but I’m pretty sure that’s what I’m hearing…it’s gotta be.  Real credit to Chames on this tune…absolutely one of my favorites on the record for how well it both uses and disguises what creates the music we hear, all in behind absolutely electrifying performances on the mic.  The way the words roll through the verses of “The Mountain Top” deserves real credit too – he’s put on a wordsmith-clinic here in the thick of this recording with all the confidence, charm and charisma you want to hear.  Excellent hook provided by D Moses…that’s a huge spot for this guest-star on the bars of “The Mountain Top” and he makes the most of every second with a perfect performance.  Samples are laced in perfectly…all in all…one of my favorite tunes on the record.

“Listen To The Kids” featuring good ol’ Uncle Barack…MAN…can I say too soon?  I’d try to back that statement up if it wasn’t so damn inspiring to hear Obama’s words again…because as far as I’m concerned, it’s never going to be too soon to hear his guidance in our world, whenever we hear it next.  If you’re like myself…and you ALREADY miss the guy…you might actually find yourself getting a bit choked-up & emotional like I did.  All for the right reasons…like it always was with Obama…you get emotional because you know the words make sense…and that he cared & believed in the words that came out of his face.  We’re going to miss that more than we’ll ever know.  “Listen To The Kids” takes one of his most inspirational speeches directed towards the youth & future of tomorrow and puts it into a sweet beat and perfect atmosphere to showcase Obama’s important words with.  Brilliant.

Chames ends the record with a bonus-cut, “Stoplookinforsaviors” featuring Malcolm X, which is a solid final inclusion, even if it’s not part of the official layout of the record.  I think that was a good call on Chames’ part…”Stoplookinforsaviors” is definitely worth a listen, there’s no doubt about that…but I’d have to agree that it didn’t quite ‘fit’ anywhere else in the lineup as it exists here.  Thematically, it fits for sure…but overall, it felt like a track that was slightly outside of the overall feel of the sounds on the album musically, and in that sense, I think it’s the right call to have made this a bonus cut.  “Listen To The Kids” made for the perfect ending to Self-Actualization 2 – “Stoplookinforsaviors” is the extra parting gift from Chames to you.  And…from Malcolm X…who…is…alive?  Wait…what?  That’s a pretty ballsy move for an artist to take on that moniker, I gotta say; big shoes to fill and it would take a much, much better man than myself to fill’em, so I wish the guy luck!  Solid performances on “Stoplookinforsaviors” though…even if it was an extra or an afterthought or whatever, it still has a lot to say about the state of the world today and strengthens what Chames has been saying throughout Self-Actualization 2.  This emcee continues to make music with tremendous amounts of skill & insight with beats that add strength to each movement, syllable and word he spits into the mic; he’s kept his game completely sharp and it shows through the amount of depth in the skill, talent and insight you’ll hear on his new record.

Find out more from the official Chames homepage at: http://www.chambersthepoet.com