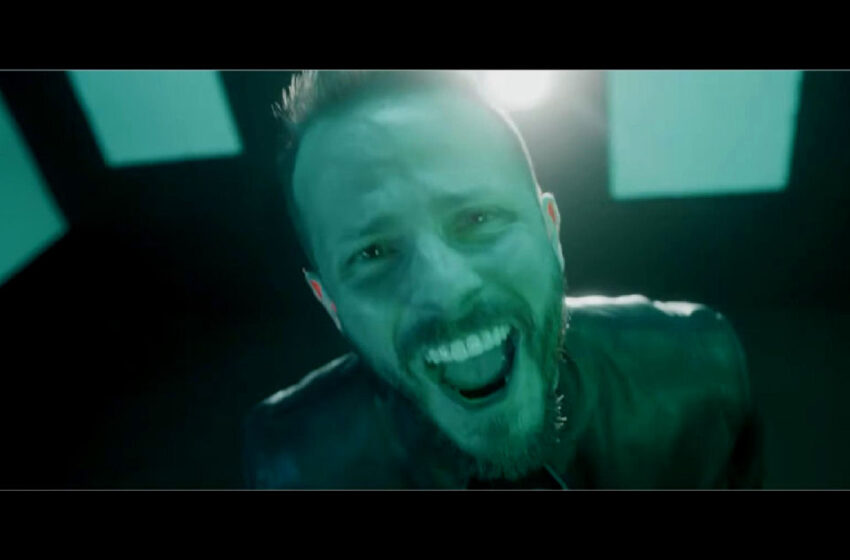 Man!  With so many people out there looking for a job right now, you’d figure there’d be more than just ONE dude playing in this video for “Lights Out” – but the reality is, everything you see & hear, is all the hard work supplied by one rad artist goin’ by the name of Chad Anthony.  And I’ll be real with ya folks – as a HUMAN BEING…you’re supposed to show SOME weakness, somewhere along the lines, aren’t ya?  I mean…whatever happened to the whole ‘jack of all trades, master of none’ dealio – is that not a thing anymore?  With his steady balance of strengths displayed across every instrument, and a song that proves he’s a one-man force to be reckoned with that has the power to rival just about any band out there…it’s like Chad didn’t get the memo on that…the man BRINGS IT to everything he plays, 100%.

Many tunes that come my way, I have to try to figure out what the ‘hook’ is…in terms of why YOU would want to listen to it, not just me, the dude that listens to everything under the sun.  “Lights Out” is pretty much the polar opposite experience…this is one of those Rock songs that speaks completely on its own behalf, and I can practically just put my feet up on my desk, relax a bit, and let the music say everything better than I ever could, know what I mean?  You don’t?  Well then!  Let me test this theory, stretch out a bit here, and give ya a taste of this single via its official video…and maybe I’ll see ya on the other side…

You see/hear what I’m saying?  You don’t NEED confirmation from ME when your own ears & eyeballs just gave it to ya, am I right?  Chad came out gunning and ready to play with “Lights Out” – the riffs and instrumentation have massive appeal, the verses are loaded with hooks, and the chorus takes this single to the next-level you wanna hear in an Alt/Rock track like this one.  The man’s got it covered from the music to the microphone, and there’s no doubt about it.  Anthony’s based out of Denver as far as I’ve read…and if I’m being real with ya, he might just be able to hop onto the back of this single here and let it carry him clear around the globe and back – what you’ll hear, see, and experience on “Lights Out” is just about as universal as anything-Rock can ever be…the kind of cut tha would be way more surprising to find people resisting rather than simply turning it right UP where a track like this belongs.

So NO…there are no words really NEEDED from me – y’all can hear what rock-solid music is with your own face.  Chad’s kind of like a cross between something like you’d find in the indie scene like Stereoshifter used to, with stuff that lights up your playlists similar to how I Mother Earth were doing towards the beginning of their career on their second record – you could fit “Lights Out” on an album like Scenery & Fish and no one would bat an eye about its inclusion.  Or you could even look at Anthony like a more accessible version of something akin to Jane’s Addiction, without so much of a dominant artistic aspect like you get naturally with anything associated with Perry Farrell.  I get it – that sounds like some kind of sly burn, and I assure you it’s not – I LOVE me some Jane’s A…but I can acknowledge that a lot of the artistic design is what creates a more niche appeal in their whole vibe, as opposed to the rock element being what tends to open the doors of that sound even wider to the public, like good ol’ Chad is doing here.  What I’m sayin’ is, you’ll find true grit in the melody & a live-wire vibe that surges through this single from beginning to end.

The point is that he’s keeping plenty of good company no matter how you slice it, and the blueprint for his pathway forward has already been lit by titans of the industry that continue to conquer it even now.  “Lights Out” is practically the textbook definition of what well-executed sounds like to listen to – there are no faults, there are no weak points, there is no dead space.  So clearly, Chad Anthony is superhuman and all of us mere mortals are going to have to reconcile with that as we listen and watch him thrive in this music-scene we share…but I have the feeling none of us will put up too much of a fight about that when everything sounds as damn good as it does on this single of his.  “Lights Out” is Chad Anthony’s first official solo release – and if he keeps the quality as consistent as he truly does here, he’ll have no problem at all finding his way up to the top spot of your playlists, and Rock charts all around the world.

Find out more about Chad Anthony at Facebook here:  https://www.facebook.com/ChadAnthonyMusic