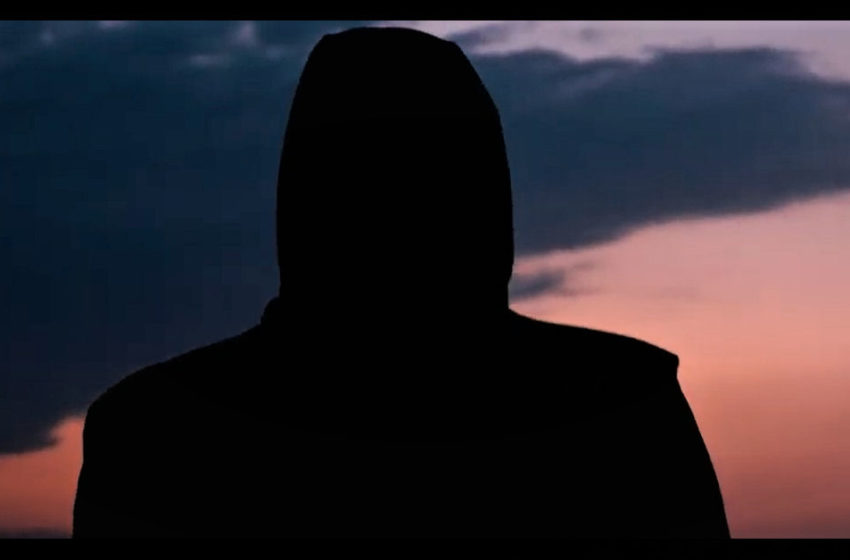 I am more than stoked to hear Ception Of Ty is back in action with a new record coming out soon.  From what I’ve read online, it’s rumored to be called Essays On Nothing according to a post from New Year’s Eve last year, and they’ve gone on to release a few tasty morsels of music on the internet since, in advance of the album.  “Superbeing” came out less than a month ago…and to be truthful, it’s my first experience with a new track from Ception Of Ty since we posted up a series of songs from the duo’s album Asymmetry Generosity back in 2018…and to take that truth even further, words cannot express just how much I’ve been waiting for this incredibly artistic & unique spoken-word project to come back!

So believe me when I say, to hear Ception Of Ty not only come back to our thirsty pages here, our screens with a stellar new video, and a song that’s magnificently engaging from start to finish – is awesome in and of itself – but you can also audibly hear how this duo of Ntinos Tselis (Composition/Arrangement/Production) and Christos Pitharas (Lyrics/Vocals/Video) is fully dialed-in to the sheer magic they’re capable of creating and have evolved even further than when we last heard them.  The confidence is there now…and rightly so; these guys should believe in the music they’re making.  I’ve been saying it loud’n’proud ever since hearing songs from their last record back in 2018 that these dudes from Athens, Greece, are making some of the most imaginative & innovative tunes out there in any corner of the music-scene today.  And you know what?  “Superbeing” makes me wanna reconfirm that statement.  How long have I been here for again?  I’ve been around these parts of the internet doing this sleepingbagstudios thing for eight-plus years now…been writing independent music journalism for another twelve on top of that roughly…and there’s nothing I can point to that is anything quite like Ception Of Ty.  The signature stamp of true authenticity in their art & music is audibly undeniable.

Genius.  You hearing me people?  You seeing this too?  Of course they’ve got an odd, bizarre, and fantastic video to support their latest single!  Artistically BRILLIANT, visually addictive…tense, just like the atmospheric intensity in the air of the music.  The poetic depth of this song is extraordinary, Christos nails his delivery through his spoken-word perfectly, and the music from Ntinos consistently gives the entire vibe of “Superbeing” a haunting-meets-melodic sound that makes you question & consider each and every word you’ll hear in this story as a result.  Or in other words, Ception Of Ty doing exactly what Ception Of Ty does so incredibly well and unlike any other out there!  This duo continue to push the limits of art & music combined in every direction they can…and quite honestly, I think they’re going to be fully remembered for breaking a ton of ground in the Spoken-Word genre for many artists & bands to walk on later.  That’s the extraordinary level of ingenuity, perspective, innovation, and execution you’ll find in what Ception Of Ty brings to the music-scene – and “Superbeing” alone will confirm everything I’ve said here for ya.  It’s literally staggering the places that a song like this can send your thoughts.  To me, “Superbeing” is set in the modern-day that already exposes the corrosion of love in full-swing from decisions made in our history long before we even got here…and in its own prophetic way, by taking us 1000 years forward in the end, serves as a warning for how severe the damage could potentially be…that we end up as loveless beings, or incapable of humanity somehow.  An efficient “Superbeing” that is a functional member of society capable of just about everything but emotion.  Like all poetic works of art, “Superbeing” is wildly interpretive…you could absorb something else and reach an entirely different conclusion about what this may or may/not be about – and ain’t that awesome?  It’s the stunning degree of mystery in the music, in the vocals, and in the air when it comes to the music of Ception Of Ty and what makes its magic work so incredibly well…I’m tellin’ ya, there’s really no one else out there like them doing what they do with nearly as compelling results…not my opinion – facts.

Simply put, Ception Of Ty is light-years ahead of their time & I feel lucky to be listening to them NOW.  Make sure to stay up to-date on what they’re putting out there into the world and experiencing the audible art they’re creating by subscribing to their channel at YouTube here:  https://www.youtube.com/channel/UCg59QnomuWwdBqpLeSux-Pw