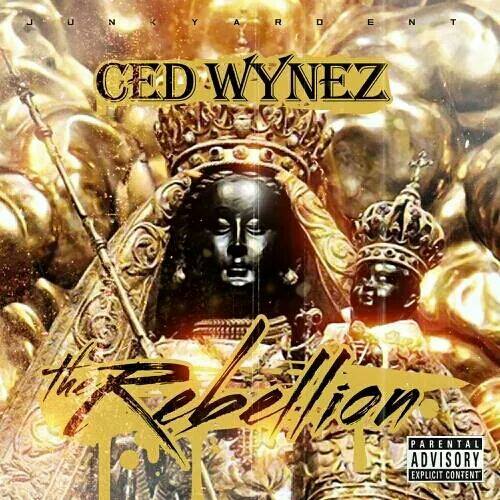 Luda? Is that you?

From the ATL direct, comes a new album stuffed full of low-end beats and aggressive rhymes delivered in a tricky flow, courtesy of Ced Wynez. With his excellence in precision and rapping on-point, this young rapper/producer has been creating music for nearly a decade. Writing verse, chorus and hook with a defined, exciting style, Ced Wynez is making a name for himself through his latest album, The Rebellion.

But I’m not crazy right? Lemme look this up for a second…I’m positive that Ludacris came out of the ATL too didn’t he? Ha! Yup!

I bring this up for a reason…whether or not it’s the influence of Luda himself upon the work of Ced Wynez – one thing you can’t mistake is the loud n’ clear ATL stamp that the music on The Rebellion carries with it. If you’re familiar with the vibe, then you know this fits right in there with its low-end theories bursting and lyrically quick-wit firing off like pistols at high noon in the old west. You can hear it for sure in tracks like “Nat Turner’s Back,” and “Pressure,” two tracks from the album that come out direct, pointed and completely intense. Great sample work throughout the album support the tone of the lyrics and get it matched up right every time.

Speaking of samples, there’s some really…hmmm…’well-sourced’ clips in these cuts. Thinking of songs like “Ooh La La Lah” and “Dirt Roads,” these elements on the album work perfectly around the rhymes of Ced Wynez…they’re not instantly recognizable; in that sense, you get some big respect from me personally. He’s found great samples and sounds to work with here – but not in one particular case will you find him leaning on anything but his own talent, as in, he’s not simply borrowing a hit from the past and guaranteeing himself a hit-track…

I think it says a lot. There’s a short path to the top of rap that includes simply taking an old song that was a hit already, taking the hooks and adding them around some verse, and again, that’s not what has happened here on Ced Wynez album The Rebellion. Instead, here we get a series of tracks that have been perfectly arranged with unique sounds and textures that still allow the success of these songs to come from CW himself. Pass or fail, love it or hate it – the pressure still resides on the shoulders of Ced Wynez to deliver, track after track; the samples are great and fit it all excellently, but CW is WHY we’re listening as each track plays on. Rap verse that comes out on tracks like “Ain’t Suppose To Cry” and “We Live” show the flair, style and verbal commitment that Ced has made to the music; this is exciting rap, straight up.

Of course, I’m not trying to convince you that Ced Wynez has gone on to recreate the rap-wheel – that’s not the case, but it’s not simply ‘more of the same’ either. In a real highlight towards the end, “He Against ME,” shows the promise of an artist working on a much deeper level as he questions God and the involvement in his personal journey. Both the music and lyrics are a complete standout on this cut, and though I always try to avoid saying this, sometimes it’s just gotta be said – this was the number one track on the album for me, it’s purely brilliant…and REAL. I feel like through this track we gained more insight into the character of Ced Wynez than any other…like there’s 10% MORE of himself put into this track; and that personalization made this track rise straight to the top of the album’s best for me.

As “No Time” brings the beat back, this is a perfect closing to The Rebellion. Once again with a firm, confident grip on the mic – Ced Wynez spits his rhymes with conviction, sounds comfortable and right at home on the mic, delivering with full confidence through this last track. It’s a sparse beat with drums, minimal guitars & everything else – but an MC that just won’t quit driving the rhymes right through this track.

Gotta say – it’s clear that Ced Wynez knows his way around the studio & microphones. With his pounding beats, inventive samples & perfect cuts – this solid rapper has created himself the perfect atmosphere for his intense thoughts & smooth flow on The Rebellion.

Find out more from: http://www.iamcedwynez.com/