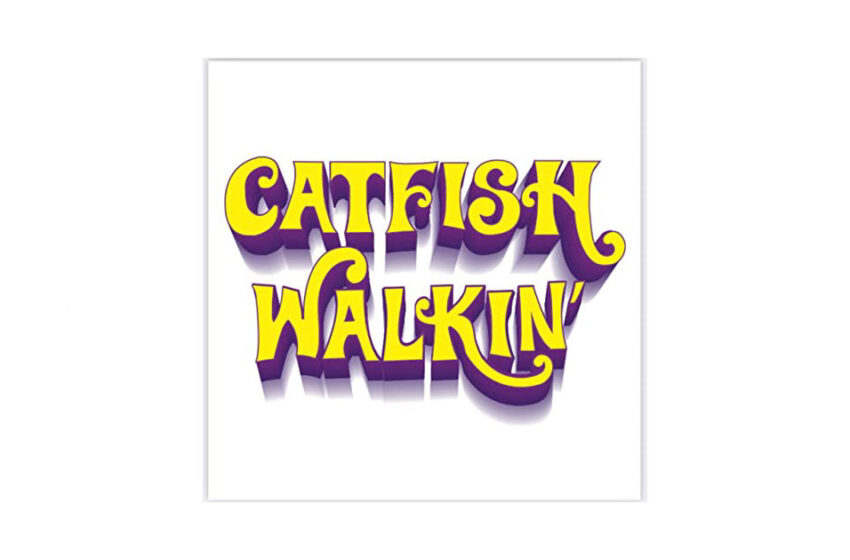 Man.  Somewhere out there, in my heart of hearts, I hope Oliver Stone is sleepin’ real well, knowing he made a significant contribution to the whole lexicon of references we make in this world.  I cannot even begin to express just how many times I’ve found the character of Willie Beamen continuing to live on throughout the music out there in this scene we share – which to be truthful, really is an achievement for a fictional character in a movie to have resonated as hard as he did, all these years later.  Any Given Sunday was what – 1999?!!  Amazing.  Seriously – I’m stunned by it.  Most folks would have no clue or idea just how many songs I’ve witnessed personally in this world that make a shout-out to the immortal character played by Jamie Foxx – and we’re proudly adding another to that stack with Catfish Walkin’ and his latest cut called “16 Bit” from his debut record Back From The Dead, released earlier this year.

I know, I know – it’s a strange way to start out a review I’m sure – but the reality is, somewhere out there in the scene is a character that has somehow linked so many artists together, it really ain’t much short of an actual phenomenon.  That being said, unless you’ve got your head immersed in the music-scene or strapped into the headphones as much as I do…I mean…does anyone else realize that this has even been happening?  Willie Beamen is like essential Pop trivia at this point & part of Hip-Hop culture.

Alright – I’ll get off it.  I’m hung up on one tiny fragment of what Catfish Walkin’ has detailed throughout this single, and the real story is, he’s got so much more to offer ya than just one line that might catch your ears & attention as much as it did mine.  When it comes right down to it, the man puts the work into every syllable, and drops all kinds of cleverness from bar to bar – the man is CONFIDENT in those skills he’s got, and rightly so!  You kidding me?  Catfish Walkin’ is LARGE & IN CHARGE for every second you’ll hear on “16 Bit” – if any of us had this dude’s slickness & skills you best believe we’d be rollin’ out with the same massive level of confidence & swagger too.  The truth is, we don’t – most don’t get anywhere close to what Catfish Walkin’ and his X-factor provide – it’s that confidence, swagger, and skill that sets him apart from the rest, full-stop.  A commander of the m-i-c, pound for pound, this Catfish ain’t playin’ around y’all – he makes mincemeat outta these words & puts the art of the rhyme straight into your speakers.  This is what the A-game sounds like yo – “16 Bit” is a savagely flawless single-worthy cut, and I’d have to have an out of body experience to understand how anyone could hear it otherwise.

“I bring the sauce & the juice, every time I’m in the booth.”  #preach!  For real y’all – not only does “16 Bit” jam from start to finish with supreme authority & non-stop hooks comin’ atcha from the character on display, but in terms of what you want in a single, this cut essentially has everything you could want.  From both sides of the speakers too; obviously it works out for us as listeners, but with regards to how to go about putting your music out there, “16 Bit” flexes the skillset of Catfish Walkin’ in a verbal array of gears that reveal the technique, precision, professionalism, and passion this guy’s got inherently.  Because make no mistake y’all…there’s a TON of stuff that’s gonna impress ya when you listen to “16 Bit” – but above all things, it’s how naturally the art of the rhyme seems to come to Catfish Walkin’ that resonates long after the song is over.  You KNOW you’re listening to a verifiable superstar when you listen to this single, because it’s not JUST the words – they’re impressive, don’t get it twisted, he’s got bars – I’m just saying it’s the fact that Catfish spits in a way that tells you he knows his material inside & out, backwards & forwards…this is what it sounds like when you step up your game to make the most of your moment.  Deadly beat, enhanced by its digital vibes and absolutely killer low-end groove – “16 Bit” is 100% designed to entertain ya, and as a direct result of having a confident emcee that commands the mic with charisma, chemistry, and character – it’s undeniable that this cut STILL exceeded its maximum potential and broke right on through to the other side, where greatness truly resides.  Considering how many things are perfectly right in-line, on-point, and as nailed as nailed could be – to think that there’s any ONE highlight that could stand out any more than the others, but personality reigns supreme here.  It’s entertaining AF, and that’s what’s up.  I’d readily listen to an artist with the wild level of electrifying energy Catfish has rap out the entire phonebook if he wanted to – he’s just one of those real kings of the mic that instantly sets your mind at ease when you listen – you KNOW he’s got it all locked down, 100%.  He’s knocked this straight on outta the park into the fuckin’ future, crushed the competition, and put out a statement cut that demonstrates just how extraordinarily capable this dude genuinely IS.  “In terms of balls, I’m Willy Wonka in charge” – he ain’t wrong – this emcee makes straight magic happen on the mic, and brings game SO LARGE, he casts a looming shadow over the weakness out there in scene that threatens to envelop the rest of the rappers out there permanent if they don’t somehow sharpen their skills – and quickly.  Catfish Walkin’ is rockin’ a seriously groundbreaking year with his music – a single spin through “16 Bit” would clue ya into every reason as to why that is, and make ya fiend for more in the process…believe me when I tell ya, once you hear it, you’ll be hooked right in for a repeat.  He’s leveling-up in 2021 without a doubt – “16 Bit” proves this rapper is firing off at the top of his game.

Find out more about Catfish Walkin’ at his official page at Facebook here:  https://www.facebook.com/CatfishWalkin