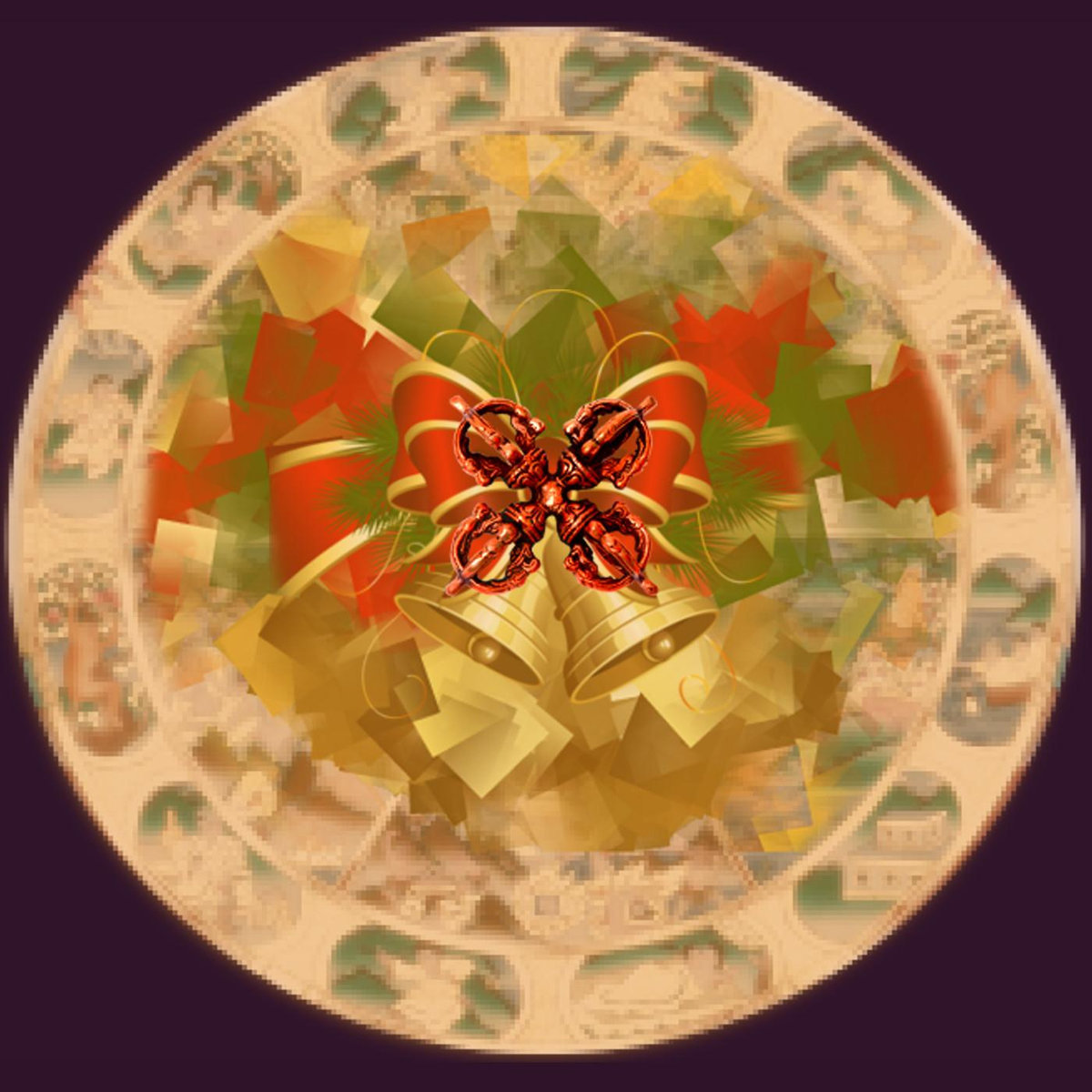 Carol Of The (Dharma) Bells – “The First Nidana” – Single Review

Alright!  Not only did we make it to November this year without a single Christmas-carol being discussed on our pages…but as I’ve now discovered…”The First Nidana” isn’t necessarily breaking that streak as much as I might have initially thought.  To say that this is a simple twist on the classic sound you know from the melody of “The First Noel” wouldn’t be nearly enough of a description to understand the full idea and scope of what’s really taken place here on “The First Nidana” – it shares a melody in the music…but after that – what you’ll hear lyrically, ideologically and thematically is completely different.

Oh!  Oh you want proof of that.  Hmmm.  Okay!  Got an idea here that should prove it in a single statement…think back to the last time you heard a song with the word “Paticcasamuppada” in it…

…and I believe, I’ve made my point…now let’s continue…

This is truly next-level stuff…and that’s no joke.  What writer Ryan Hunt has come up with here in adapting some of the teachings of Buddha and entirely changing the lyrics to the song is a really clever move.  I can personally vouch for the fact that in listening to music – I’ve truly LEARNED some things today…and truthfully it’s not every day that I end up necessarily feeling that way.  “The First Nidana” is quite unique in the sense that lyrically, it’s bound to pass on some knowledge or something you didn’t already know…for me, that’s a seriously cool dimension to this tune.  The words are far from simplistic – many of them are visibly complex even to the eye, nevermind saying or singing them – but the metering, pace and melody of the song are entirely preserved.

Which for me…being a familiar Xmas melody…was both a good and bad thing.  I’ve got no issues with the way it’s played, produced, written or performed…the vocals of Lydia Salnikova are soaring, angelic and beautifully sung…but it IS still difficult to get past the traditional sound of it all.  What became more puzzling to me…was WHY.  Let me explain…

Unless this is written as a particular affront to the Christianity-portion of the holiday season…I’m honestly perplexed as to why Ryan would choose to build the concept around a Christmas tune.  Hear me out!  What I’m saying essentially…is that he’s got a seriously universal concept that could be adapted to a number of sounds, styles, genres, songs…you name it and of course he could change the words to suit the needs of whatever the flow is in the song he’s mapped out the lyrics to…so why a Christmas tune and not something from Soundgarden, Gary Clark Jr. or Rihanna?  My point being…unless there’s a specific reason to attach this to a Christmas tune…I’m not entirely sure that the idea itself isn’t being pigeonholed into a small portion of how effective and widespread the idea could truly be.  That make any sense?  There are a ton of ways to spread the message and awareness…and the timing on this tune is certainly advantageous…but…I guess I’m saying I might be more apt to take on these teachings in a different musical-setting personally; doesn’t mean it’ll have that same effect on all of you out there.  Keep in mind I’m particularly averse to all-things Christmas…even as fundamentally separated as this idea is, it’s still using that classic carol sound…some people love that stuff and I don’t begrudge them that whatsoever…it’s just never been my jam.  That being said – I DO love piano – and what you’ll hear on “The First Nidana” is passionately played with beautiful, powerful-tones…it IS and remains a well-constructed tune, concept and idea from the moment it starts to the moment it ends.

I certainly applaud Ryan, Lydia and this project of the Carol Of The (Dharma) Bells in their pursuit to make an alternative holiday-tune for the rest of us people out there that don’t just buy into the idea of commercialized, endlessly-marketed, bought & paid for love & emotions.  I think there are many more of us out there and that number continues to grow each and every year as we all begin to start to come to grips with what really defines the core of our experience on earth…and in that sense – I really think the idea itself in what’s being presented here by Carol Of The (Dharma) Bells potentially has a massive future.  I stand by what I’ve said, as always…I think this idea needs further adaptation into other facets of sound and music if it was going to continue – BUT – it’s rare that I hear something so universally adaptable that COULD work as well in any genre or style of music out there…so there’s that.

“The First Nidana” is truly a beautiful experience and well-executed idea…I’d never take that away from this project or what I hear in this song.  It’ll be interesting to see what the true intentions of this project are as they’re revealed over time.  I maintain that if it’s to stick with the themes of Christmas music that there would likely be an intention to specifically change the Christian mindset as opposed to a more widespread approach that could be potentially more inclusive and spread the messages & teachings of Buddha even further.  Time always tells the truest of stories…so while it might be tough to say for certain what those pure intentions may be from just one song – I’d have to say that everything I’ve heard, seen, read and experienced leads me to believe that Carol Of The (Dharma) Bells will continue to be innovative, creative and informative in the writing – but it’s up to them on how wide they want to cast that net.

Find out more about Carol Of The (Dharma) Bells at the official site:  http://carolofthedharmabells.com