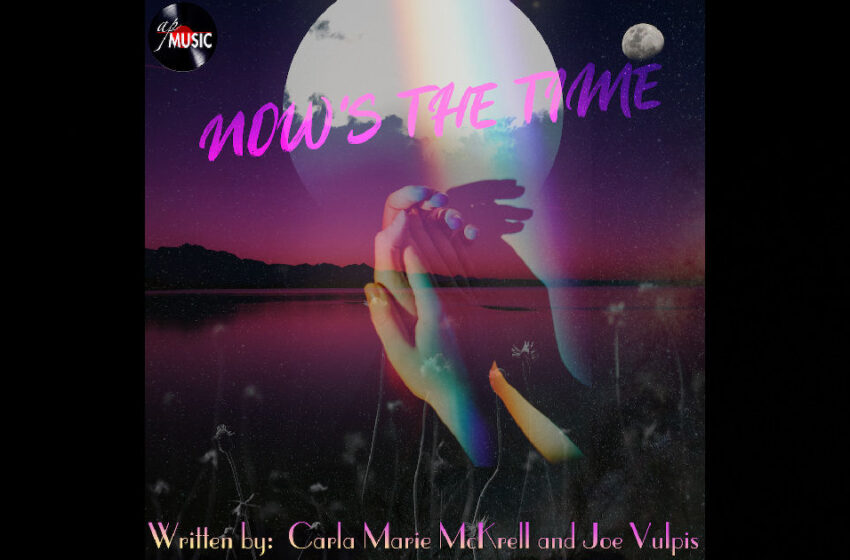 I will admit…there are not too many times I can recall seeing a dedicated artist with a declared talent like Carla McKrell has as an ‘all-occasion pianist’ and then listen to a song wondering where it is, or why it wouldn’t have been the feature star of the show or most prominent thing we hear.  Don’t get me wrong, I’m not disputing the label; I’m sure she’s a great piano player, and I have no doubt she likely has the skills for any occasion as she’s mentioned – I’m just saying we don’t get too much more of a mere glimpse of all that on this particular collaboration…Carla’s has selflessly slid into the background a lil’ here.  Perhaps that’s to let Joe have his moment, perhaps that’s in an effort to suit the song, or highlight the words…all this is up for debate if ya like – I’m simply saying it was unexpected after reading about her dedicated career on the piano…to have that element of the music in such a reduced role where you’d probably expect it to be in the lead, know what I mean?  It IS in there…mix-wise, I’m just saying it’s set in a bit deep and borderline into the background, and we’re all here for some Carla, aren’t we all?

Here’s all the proof you’ll need to know what I’m tellin’ ya is the truth, and we’ll leave it here on this issue – where do you notice the piano the most?  I’m willing to bet that the majority of people really hear how Carla nails the ending with that added bit of sparkle before it’s all over – like, literally right before the song is finished.  Again, I’m not even saying “Now’s The Time” isn’t a good tune – sure it is – I’m just thinking about what we’d expect to find as listeners going in, versus what we end up listening to.  I suppose what I’m really getting at, is on a Carla Marie McKrell tune, collaboration or not, I felt like we needed to be able to hear just about all of what she does elevated to its proper status in the mix…though I’d also be the last person to tell you that any musician should be forced to do any one thing over & over & over either.  Maybe it was simply Joe’s turn to shine here…there ain’t nothing wrong with that, it just wouldn’t be what the majority of us would expect is all, you following me now?

At the end of the day, there’s still a really decent song here that a lot of hearts & minds will connect to, and a collaboration that clearly works.  While there’s a strong chance that it’s going to be elements like the bass, drums, guitars, and Joe’s vocals that you might notice before you fully recognize & hear how Carla is contributing to every second of this song as well, but with a couple of spins, you’ll start to notice her more.  You’ll hear the piano a bit more when you’re focused on finding it, you’ll hear the essential way she backs up Joe’s vocals with the harmonies in the main hooks…ultimately, I’m not arguing against the overall balance in the song, it’s graceful, it’s gentle, it’s come out sounding fully complete.  Were it not for reading about Carla’s many talents & career prior to listening, I wouldn’t really feel like much was missing in fact…it’s only kind of knowing how much she has to give that we might end up feeling like she was meant to have inched closer to the spotlight for her talents to be revealed more prevalently.  It’s well played though, it’s come out with the soothing sound it was intended to have, the sentiment is beautiful, and much to Joe’s credit, given the fact he’s been called upon to really embrace the lead here, gives you a performance that’s well worthy of being up front in what we hear as listeners.  If I’m being honest however, there is still much room with a voice like he has that carries as strongly as it does when Joe’s reaching his biggest moments, to bring him down a little, bring the rest up equally, and we might just find that sweet spot for the music to have the opportunity for the music to make an impact as much as the vocals do.  Again, really just depends on what they were looking to do with “Now’s The Time” – and if I had to hazard a guess, I would say they went into the recording of this tune with high emphasis on the lyricism and deliberately making that a priority for what gets heard in the final mix.  And for many reasons, rightly so – you could cite creative freedom…or just as easily point to the fact the words are really well written, expressive, and sweetly emotional in ways that genuinely suit the entire vibe very well.  Even the breakdown here…which has one of those like…approaches where it feels almost like it’s a direct aside in a play, and usually doesn’t work for me when it comes to that particular style of sound where an artist or band is attempting to communicate to us personally & directly – that actually worked extremely well in this song, in my opinion.  Ultimately, “Now’s The Time” is nothing but sweet intentions at the end of the day…it’s full of gratitude, hope, light, and love…sprinkle in a bit of faith-based lyricism as well, and voila – Carla & Joe have a tune that’s inviting, welcoming, and certainly easy to listen to in that Adult Contemporary/Light Rock style of sound.  I really don’t have any complaints at all if you’re reading this review correctly…you can’t blame me for wanting a lil’ bit more Carla in a Carla tune, right?  All-in-all though, “Now’s The Time” hits the mark of its intentions…it’s a sweet song designed to soothe the soul and encourage each & every one of us to be the best versions of ourselves at a time where the world really needs us all to do exactly that…I certainly fully respect their altruistic ambitions, and like what I hear.

Find out more about Carla Marie McKrell at her official website at:  https://carlamckrell.com