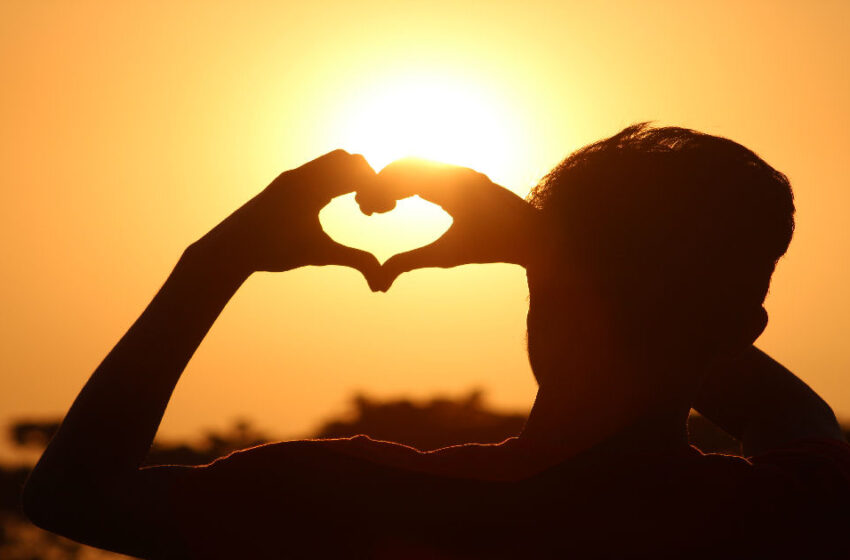 It took me at least a couple spins of “Songs Of Healing” before I could finally recall who the heck it was this song reminded me of so much, and surprise-surprise, it was a legend from the very nation I reside in – Neil Young.  I’m almost kicking myself for not picking that up on the very first spin – by the time I reached the third the influence on the style/sound was that apparent – but to be fair to yours truly here, Neil did morph & change a whole lot over the course of his career.  You almost have to get era-specific when you’re making a comparison to Young…but given how oddly long it took my brain to pull out that reference to the Canadian giant to begin with…I think I’m just gonna stay in my lane here Campfire Bob.

So let me tell ya about this new track he’s got, called “Songs Of Healing.”  I suppose the first thing you should probably know, is that the man behind the music has got quite the vagabond heart, a nomadic spirit, and he’s out there on the front-lines of different communities all over the place doing his best to inspire environmental changes for the better in the spots he ends up.  Checkmark in the win column there – that already speaks volumes on behalf of the man’s character and selfless actions.  Then there’s this whole aspect of his life where he starts researching the roots of traditional Appalachian songs, and ends up following a theory that these are entirely related to not just some, but ALL of the traditional Folk music in the world.  Not being able to prove otherwise, and being a guy that never leaves his studio, I’m inclined to go with the expertise of Campfire Bob’s firsthand experience, tyvm.  In any event – you can already clearly see that his journey as a musician is far from a typical one…this isn’t just another guy in his garage hackin’ it out – Campfire Bob is out there LIVIN’ LIFE, and creating musical memories along the way.  Like a great many artists, singers, and songwriters out there – maybe even YOU – he of course draws a lot from his own experiences, and in his storyteller’s style, relates the details through his songs.

According to the notes posted up online with the official video for “Songs Of Healing,” this particular single is inspired by both the First Nations people here in Canada, and another legendary songwriter, Ola Belle Reed.  While I don’t have the complete details on the entire timeline, at some point, Campfire Bob not only spent time with the whole Reed family, but also had the opportunity to meet Ola Belle himself, which took place in a cornfield, where the setting of “Songs Of Healing” begins.  Reed passed away in 2002…and from what I can piece together, that would have happened in Maryland.  If I’m calculating all this information correctly, given that Campfire Bob met her in the same state of MD, it’d safe to say that was at the very least, nearly two decades ago, and perhaps even longer.  I’m only bringing all this up to prove a point…those random teachers we find in our lives…the words & wisdom they kindly share…the memories they help create, the lives they touch, the impact they make…these things echo beyond years.  The lasting influence of Ola Belle on Campfire Bob is clearly still just as strong and present as ever today.

I reckon you’ll find yourself wrapped up in the quaint nostalgic vibes of this here Folk song.  I think it’s important to point out that not every song in the world is gonna necessarily grab you on that first spin – maybe that applies to how you’ll feel about “Songs Of Healing,” maybe it won’t – but that’s how it went down for me personally…it was the subsequent spins and getting right into this tune that sold me.  For the most part, I secretly enjoy scenarios like this…it makes me think of so many albums & songs by my absolute favorite artists & bands that I resisted at first, only to discover how much I loved them later on down the road with a proper listen.  Great music works like that sometimes, always has, always will.  “Songs Of Healing” with respect to all this, isn’t the kind of song that’s being forced along, it doesn’t have a punchy neon beat drilling your mind through your headphones…Campfire Bob has created a song to give you a moment of reprieve away from all the noise.  And sure, by comparison to so much of what is out there on the mainstream airwaves today, a single like “Songs Of Healing” potentially has a larger battle ahead when it comes to winning over its share of the people’s attention as a direct result of just how laidback the demeanor of this whole song really is – let’s be real here, it’s a bit on the sleepier side of sound.  It’s definitely nothing I’d worry about if I was Campfire Bob…and I suspect from the supremely organic way this song works its gentle magic, that he’s not concerned about any of this stuff.  If you hear the message, relate to his words, feel the calm of his soothing vocals, and get right into the warm glow of the music…if “Songs Of Healing” sounds like it’s somehow been inside of you all along just waiting for its moment to come out…you’re the real listeners that Campfire Bob is reaching out to.  You become the ambassadors of the mission & the message by your listening & understanding…and just like Ola Belle once passed along her wisdom & insight to Campfire Bob, perhaps one day you too will impart some knowledge on someone else, based on what you’ve learned, listened to, felt, or experienced in this single right here.  The cycle continues; and those memories & teachings we cherish most, remain vivid.

No complaints from me as far as the musicianship or mix goes…and I mean, if you’re reading this right, I’m really not complaining at all.  I absolutely LOVE the backing vocal harmonies in this song, I think Campfire Bob himself has a fantastic voice that’s equally enchanting & engaging, and the warmth provided through the keyboards of Oliver Conway were completely essential to the all-encompassing feeling of sweetness that flows so fluidly & charmingly throughout the length of this tune.  The rhythm section of Terry Bramhall on the bass & Mike Lauder on the drums makes for a steady & reliable combo, and again, the more you spin “Songs Of Healing,” the more you’ll find that the balance of strengths on display here really stacks up to a quality listen all-around.  For those of you that dig your storyteller-style Folk tunes and artists with heart, vision, and true depth in their craft, I have no doubt you’ll be into what Campfire Bob & his capable crew of talented players have created for you here with “Songs Of Healing.”

Listen to more music by Campfire Bob at Soundcloud:  https://soundcloud.com/user-412823652