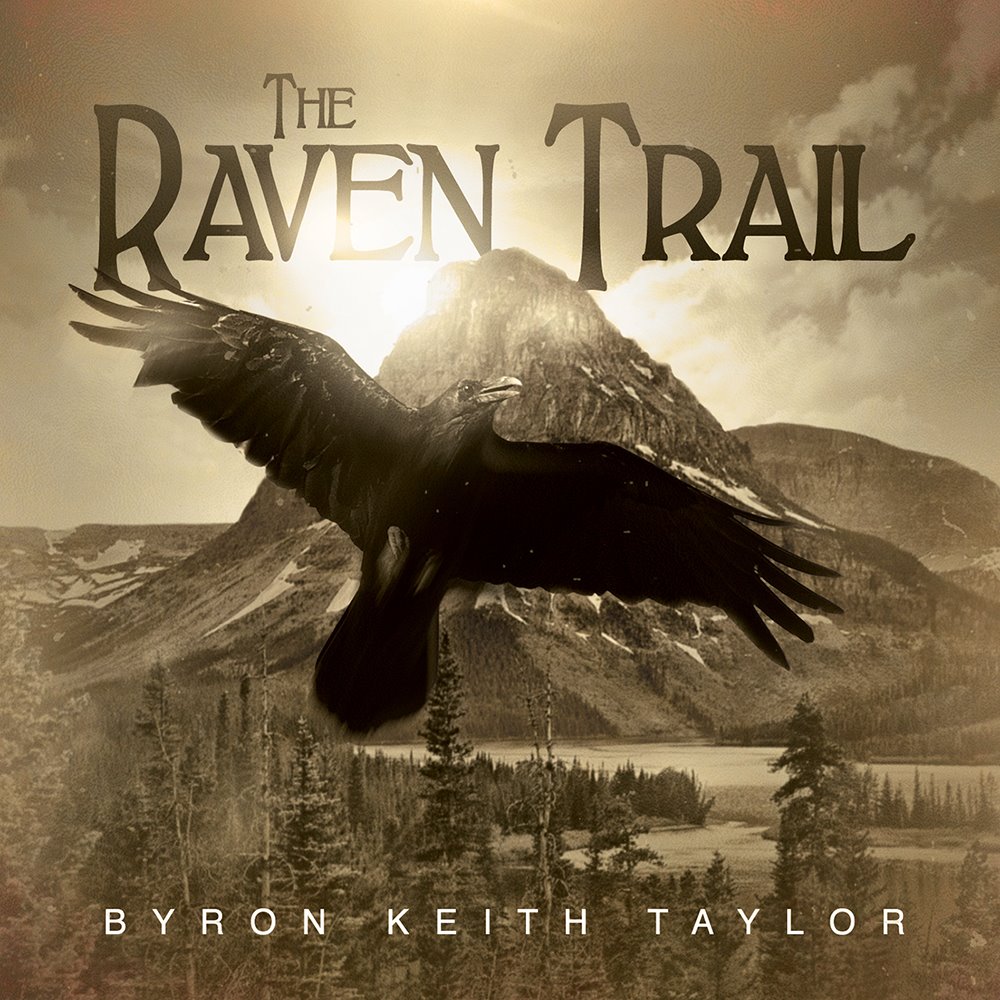 For some of these collected singles from Byron’s page…we’re nearing the one-year anniversary of their creation. Some will say, you go out and you spend all that money on the studio and the production-dudes, that you should then be touring and supporting that very material for the next two or so years to justify the time, effort and money put into the making of. While I might not agree with that philosophy whatsoever myself, it’s also a battle between wanting to constantly push forward and create anew versus not letting a song get the attention it deserves. So when seeing some of these singles dated back as early as July last year, the majority of them, I’ve certainly got no problem reviewing someone’s past work at any given time. I mean…go ahead and unearth your garage-demos from 1979; you know I’ll listen.

BUT…that being said…I don’t mind reviewing the PAST work…but where are today’s goods Byron? With five out of these six songs dating back to July’s release of The Raven Trail, that leaves one new song between then and now – is my math correct here people? Can I please ask someone close to Byron to kindly tip him over and make sure his pockets are empty? Methinks he’s holding out on us…

Anyhow…that’s certainly not going to change anything for me in these next five minutes…so I’m going with what I’ve got in front of me. Starting out with “Beautiful” I was impressed with the production and the performance even though being able to identify this as on the outside of my own regular genres of choice. It’s soft-rock…not quite soft enough that you’ll hear it in the dentist’s office, but quite close to that same kind of smooth and relaxing atmosphere that somehow makes us all feel better when getting holes drilled in our faces. Never really understood that.

“Beautiful,” much-implied by the title is also a love song, which is perfect for that genre. I got nothing against love or love songs, that’s no problem for my bearded chin…we all have love in common and sweet sentiments done right can always pull me in somehow. Along with Byron’s committed performance in this opening track, “Beautiful” displays great arrangement & mix in addition to some smooth vocal-flow through the lyrics. Though it’s nearly impossible to sing about love in ways that haven’t been before, Byron manages to find words that sound meaningful to him and is therefore able to communicate those clearly to us with strong conviction in his voice.

Hmm. Okay. Learned something here on the ol’ Byron site…there isn’t any just switching back to the song you were listening to…it wants to play as many as you’ve clicked on…let’s try this again…nope…wait…this is on me and my computer…time for the ol’ restart…hang on!

Alright…so…where were we… “I Need You Now…” I hope it’s not completely horrible to say this but I think the very last two-seconds of this song might be my favourite part of it! That’s more credit to an awesome ending than it is a slight on a bad song; “I Need You Now” is another charming love song from Byron sung well with sparkling harmonies to back up the main vocals. This one drifts along dreamily through a very easy-listening style…inoffensive as it gets.

Though I often find myself at odds with the slightly over-rhymed lyricism throughout the catalogue of Byron Keith Taylor…it’s still hard to take away anything from a song based on that kind of stuff. I suppose it was “The Raven Trail” that made me think this way originally…a lot of this track I really, really like; a few of those rhymes come out a little forced I suppose but at the end of the day this track puts him into another category of singer/song-writers like Damien Rice perhaps, or bands like The Fray as the overall encompassing mood & atmosphere of this track really goes miles to display some great ideas.

Absolutely in the running as a highlight in this set is the song “Promises.” This track sounds authentic to me…you can really hear that extra 10% from Byron going after the meaning behind lyrics that truly represent him and the native culture very well. At times the song bends and shifts close to what you might actually hear from the slower melodic moments of Brandon Boyd and his crew in Incubus…it’s a little bit of a stretch of course, but it’s closer than you might think after hearing the first three tunes. Excellent saxophone steps into this one to really compliment the overall sound and deliver this song from good to great as it plays through.

Maintaining his pleasant vibe & atmosphere, Byron finds a sound closer to the pop-side of pop/rock on “Come With Me.” With its smooth pulse & rhythm, this is another standout for Byron whom incidentally has certainly shown the material growing stronger as the tracks play through. I like the vocal-flow here again…a lot of the lyricism is simplified somewhat to the main hooks and I think that works really well in “Come With Me” because I think he’s found a great one to work with. Putting different ideas out there through random vocalizations and additional saxophone parts, this track becomes a smoothed-out delight pretty quickly…this kind of song is extremely easy to put on & listen to.

And what do ya know – ALL of this had led somewhere. The most recent track, “The Little Things,” is a full-on exploration into the pop world while still maintaining the easy-listening vibe by leaning on a subtle R&B vibe. If this is the direction that Byron is heading, many people are going to find themselves extraordinarily pleased; it’s not just a better song, it’s a more confident version of Byron that’s completely excelling at his craft in full-swing. Definitely still possesses a throwback sound to the rhythm of old-school, but really comes out in a clever way that invites you back into a time when music wasn’t all clicks, beeps and scratched-up sounds mashed together.

So there’s definitely a progression here in Byron Keith Taylor’s work…you can hear audibly that the man is finding himself and his place in music as this playlist runs through, but at the end of the day as the final song ticks towards its final seconds…you certainly get the sense that he’s found the right path.

Find out more from his official page at: http://byronkeithtaylor.com