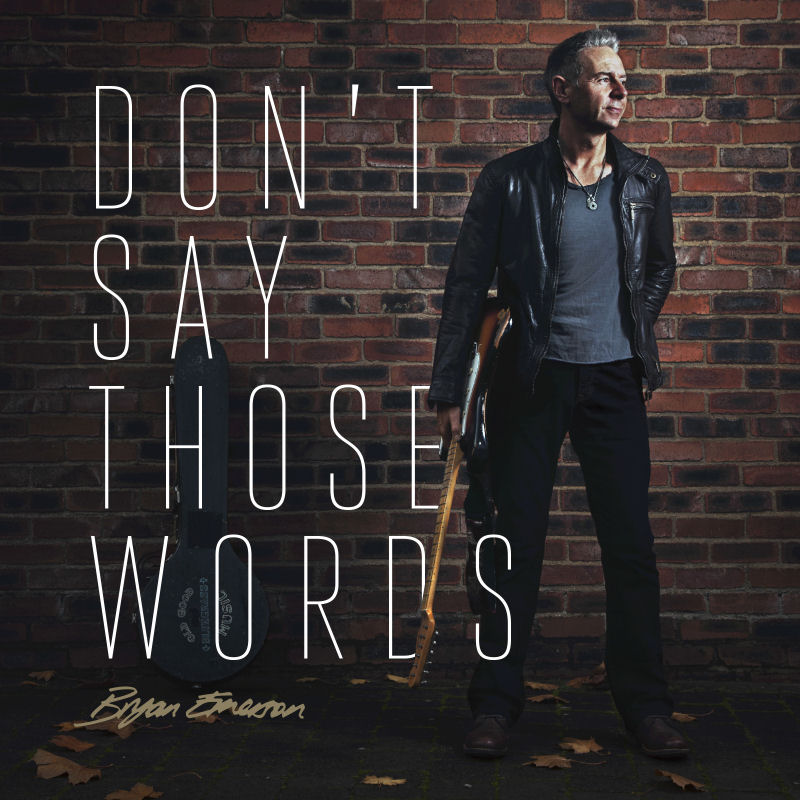 Not for me…my job IS to say those words…whatever those words might be; I meant Bryan – I’ve attempted to get a hold of him pre-review here and came up short for conversation big time. Hey, it happens from time to time, what can you do? We all lead busy lives. At least we have the audible proof here on this latest track from Bryan Emerson that he’s trying to evade communication on his latest single “Don’t Say Those Words,” and now I don’t have to take it all personally.

It’s rare that you’ll hear such a transformative song that represents an aspect of pretty much every genre of rock through the past four decades, present one included. It’s relevant, well-produced and the song-writing itself has a massive amount of crossover potential as it covers a wide-spread sound. Combining elements of rock, pop, country, alternative…Emerson has done a lot to establish a great song here through inventive writing and some wicked music-skills. The only thing this song CAN’T do is really point to what Bryan might really sound like overall as this is a real melting-pot for sound combinations and a lot of ideas housed into one track.

And…in a lot of ways…I think you could think of the music in terms of an aggressive version of anything Snow Patrol has done. Or…you could go the other route and say this is more like the Foo Fighters when they finally mellow out for a moment and draw on their own influences. What I like about this song “Don’t Say Those Words” from Bryan here, is that there seems to be a large influence of 80’s rock on this song without it becoming cheesy or sounding like it is actually stuck in that decade. No – in this song you get just a hint of it being there, an accent on the writing itself in the chorus most notably, but overall this is a great update on a good sound.

I kind of wasn’t expecting it to tell you the absolute truth. At the outset of pushing play, it reveals tones on guitar that resemble something close to a modern country song…this could have gone either way. Bryan compensates with great vocals and an emotional song that’s played perfectly to match his vocal-flow, almost resembling the mid 90’s sound from bands like Goo Goo Dolls or the Gin Blossoms through the song-writing. The up-tempo feel to this pop/rock song really feels like it has the recipe and potential to draw in an entire hoard of music-fans coming in from all walks of life to its relatable lyrics and catchy vibe.

He might not say much through communication, but here in the music Bryan Emerson says it all with a definite hit on his hands in “Don’t Say Those Words.” His upcoming album Up The Dusty End is being released soon here in 2015 and if this is an indication of the level of song-writing, effort & overall sound – he’s in pretty damn good shape for a really great year; and so are we.

Find out more about him from his Facebook page: https://www.facebook.com/emersonsfanpage