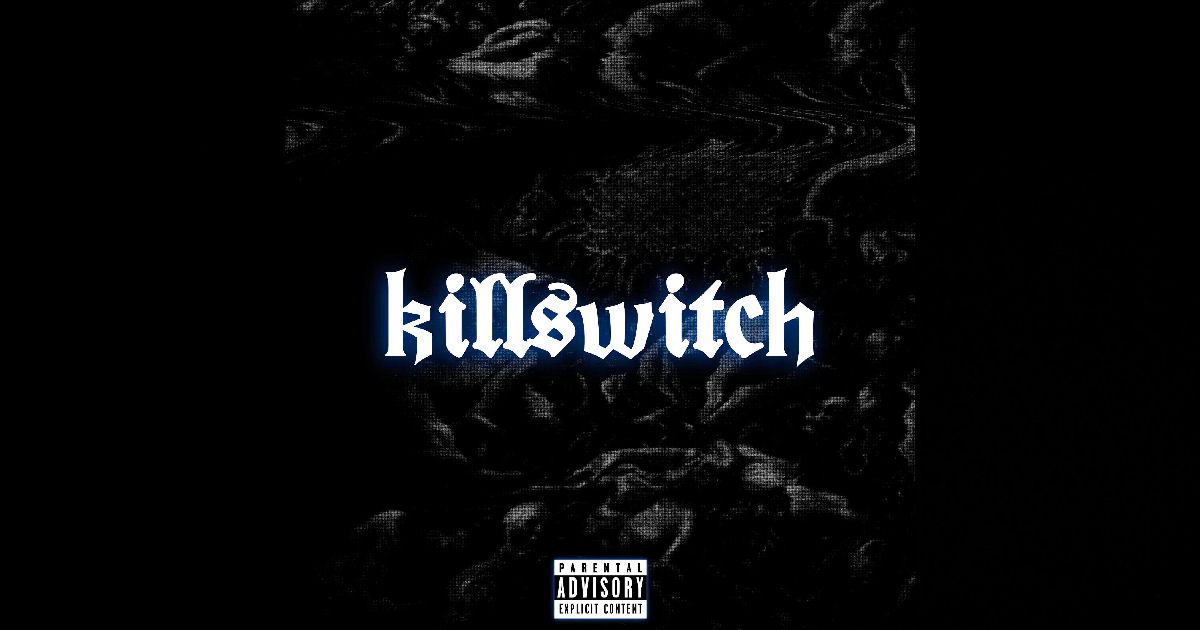 Alright.  Up front – just so y’all know – GODBEV “produced this shit” & BRVDFXRD “rapped on this shit.”  Gotta get that credit flowing to where it belongs & all, you know.  And now that we’re all clear & on the same page about the masterminds behind the mic & mixers responsible for this slick & stylistic Rap track you’ll be hearin’ – let’s check out the results of their collaborative efforts on this new single “Killswitch.”

So here’s what I can tell ya right off the drop here…I mean, I’ve got this labeled as an audio-post here, but in truth, I could sit and watch these tripped-out visuals and onscreen distortions all day long…and I know for a verifiable fact that many of you music maniacs who read these pages are bound to feel exactly the same way about all that – so have a look/listen for yourself and click play on “Killswitch” below!

GODBEV has “Killswitch” sounding large and in-charge with the low-end booming and eerie elements in the atmosphere creating a deadly & menacing vibe that feels like danger is in the building y’all.  Certainly no concerns when it comes to this beat, GODBEV has got this mix tight & fully loaded with oddities that’ll grab your attention…it ain’t typical by any stretch and we dig that here on these pages.  BRVDFXRD lets the intro spin for about fifteen seconds or so, and then lets rhyme after rhyme rip into the mic with a slick & slippery rhythm that has him gliding from bar to bar like he’ll never run out of breath.  This is the way you get it done homies – both these two artists have put the work into their respective parts of this cut and come out with a bangin’ result that’s as focused as it is entertaining.  I like that they’ve each got their own dedicated lane here and own their own sides, but also just how well each half ends up fitting and complementing the other.  As in like, GODBEV didn’t lose BRVDFXRD in the mix and the music still remains powerful & a large part of what pulls us in to listen; likewise, BRVDFXRD ends up using so many of the smart dynamics throughout this beat to spring-off from when he’s pivoting and shifting his words on his way to the paint to dunk this one home…he shows that respect to what the producer of “this shit” has created by using the dynamics, space, rhythm, & flow to maximum potential.

BRVDFXRD sure ain’t playin’ around when it comes to his lyrics, tone, or delivery – dude has BARS yo, no doubt about it.  Once he revs up the engine on “Killswitch,” this emcee never shuts off and spits line after line, hittin’ targets direct and droppin’ knowledge bombs about where your girl REALLY was last night.  Spoiler alert – she was probably with BRVDFXRD – and according to the words on this cut, she’s been with him for a while now.  He doesn’t get too specific…so it could be any or ALL of you out there that this affects…I woke up next to my wife this morning, so I’m assuming I’m in the clear – but as for the rest of you, best guard your empire or this emcee is bound to snatch your lady from ya, just sayin.’

Solid pairing between these two for real though – the gritty tone and flawless precision flow from BRVDFXRD brings that seriousness to the mic that the menacing beat from GODBEV was intended for.  All-in-all, you gotta dig this for the fact that it’s got mad character, charisma, and wild intensity doled-out at every moment from the lefts to the rights, from the music to the microphone.  These two artists take aim and make the most of their shot on “Killswitch” – its low-down club vibe, clever layers of vocals & effects, smart lyrical rhythm, thought-provoking words, and dangerous sound are bound to impress.

Find out more about BRVDFXRD at the official links below!

Find out more about GODBEV at the official links below!