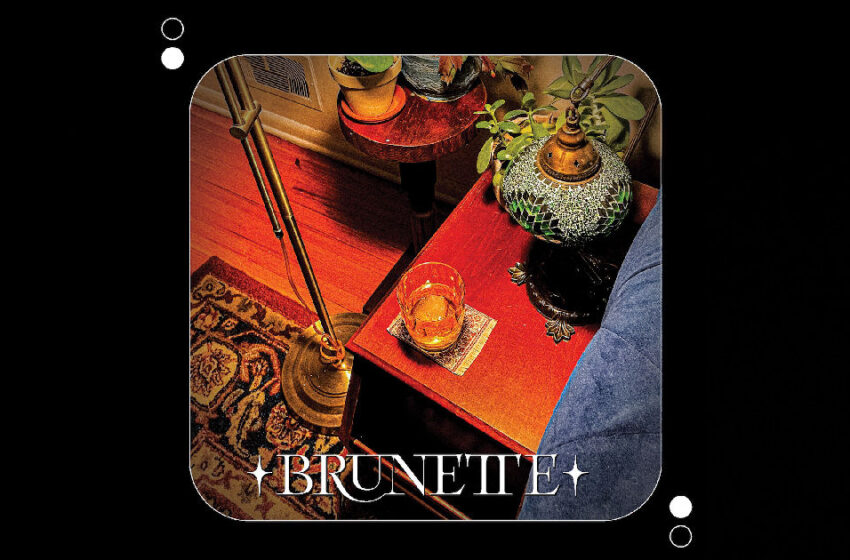 Well now that’s a pleasant surprise.  Song’s called “Fight Night” – I just assumed I’d be in for some fist-pumping 80s inspired hair-rock…and of course, anything that is not that, is probably favorable to me.

Five pieces strong & based out of Minneapolis, Brunette’s got much more of an Indie-Rock vibe, which is definitely more within my wheelhouse.  In fact, Brunette actually reminds me a ton of a band called Western Jaguar that I’d been loosely workin’ with back in 2015 before we moved from one side of Canada to the other, and they sound very much like they’re from the ol’ Gibbard school for songwriting – all this stacks up with sonic elements that are right up my alley for sure.  You’ve got the emotionally insightful lyricism, the heavy shroud over the melody, and production that screams indie-band in the rightest of ways; it’s a bit muted & could use a bit more breathing room…but I ain’t sayin’ I don’t like what I hear.  Very similar sound-wise to the early Death Cab For Cutie records actually…and I still freakin’ love most of those to this day we’re all livin’ in right now, whenever that may be, and whenever you might be reading this.  Anything in that realm of sincere sound & crafted songwriting is always going to be welcome here; there’s no doubt that it’s the early end of Brunette’s career, but the right pieces are clearly in place…with a little bit of the magic inherently gained from time and experience, this band will be well on its way.  I like the sound, I like the ideas…there are strong aspects in the musicianship and the vibe they’re putting together for sure…and like every band in its earliest stages, room to evolve.

It all depends obviously on what they wanna get out of their sound & out of their band, of course…if they’re going for a dustier, more muted-style of vibe, then right on…mission accomplished there & no worries – as I’ve already mentioned, I’m cool with that.  Writing-wise…potentially they might be leaving a little bit on the table as far as a cut like “Fight Night” is concerned; plenty of hooks to be found in the instrumentation and in the verses right away…the chorus might be a bit more up in the air in terms of how listeners will receive it.  To me, it’s not so much of an anti-chorus approach…I’m thinking it’s more of a case where that next part simply ain’t as strong as the part that came before is all…it happens.  In scenarios like these, you’re looking to hold your own as best ya can to navigate through choppier waters and if ya can, fantastic…Brunette does pretty well with the material they’ve got, but I don’t know that it can necessarily be said that “Fight Night” specifically goes on to be too much more impressive than it is as it first began, know what I mean?  Still a good tune…still plenty of redeeming qualities to it, and it hints at a massive amount of potential in the band for the future to come…but yeah…something about that spot in a song where we somewhat expect the stakes to be raised in that surge towards the chorus, and I’m not so sure they’ve found the piece they needed, or the part that’s gonna make a lasting impact on ya there.  Like I said…it happens…and honestly, it’s not even necessarily a bad thing whatsoever – it’s the expected thing is what it is…and when songs don’t tend to bow down to the design of cuts we’ve heard throughout music’s history or turn left when we’d expect them to go right, it can cause confusion in the listeners out there as they try to sort out which part of the song they’re really supposed to be excited about when it’s not the part they expected it to be.  Vocally, I can hear they’ve got some real strengths to be found there too…but I’d also be on the side of betting that’s going to be one of the most noticeable improvements you’ll find in Brunette as time goes on…there’s more confidence to be summoned there still, and that comes along with experience, repetition, and knowing the material itself is 100% bulletproof.  The more you believe in it all, the better the results become…that kind of thing.  As it stands now, I felt like we get a good performance from the microphone…the melody & tone are on-point for the majority of this single – the most room to grow there is right in the energy, power, and confidence.  Dude can sing, no doubt about that…now it’s all about encouraging the guy to go for it with everything he’s got, hold nothing back, and bring the best outta him…there’s more in the tank there for sure.  Lyrically there’s some great things going on…especially in the verses…the musicianship seems to be steady & reliable, and they’ve put a lot of great ideas into the structure and how they shift the background around with their layered sound…all that stuff checks out.  I maintain, they’ve got all the right pieces they need…now it’s just about finding that real defining spark that none of us can resist, including themselves.  And they’ll get there…I can say that with full confidence…I wouldn’t spend my time pointing out this & that if I didn’t think they were capable of rising to the challenge or have the skills to do it – so let me be clear – Brunette’s got something special starting here – I just don’t know what it is going to BE yet…but it’s coming.  For a band as early on into their career as they are, I can already hear more potential in Brunette than I tend to find in most bands/artists four or five years in.

Since I cited Death Cab earlier as somewhat of a comparison to the style of sound/production you’ll find in a cut like “Fight Night” and then balanced the scales with advice for the future to follow – let’s also be clear on what I’m saying there too.  Death Cab wrote THREE humble & still very stellar records at the outset of their career that all had incredible moments, and a bit of hit & miss as they were in the midst of discovering their own sound & dialing into what they wanted to accomplish.  That fourth record though?  That fourth record was Transatlanticism…and quite arguably one of the greatest Alt/Indie-Rock albums ever made.  The point is patience…you’ve still gotta be the inspiration and the motivation behind moving anything in life forward, but there’s comfort in knowing all the pieces you have will put ya on a pathway to success.  Brunette has all those right pieces…now it’s all about believing it, and going for it.

“Fight Night” IS a solid cut as it already is, and I would absolutely listen to more from Brunette any time.  Mark my words though…I bet they probably recorded it at least a couple months back or so, and likely already feel like they could play it better right here, right now…that’s evolution, confidence, experience – the more this band embraces all three of those core elements with open arms, the further they’ll go.