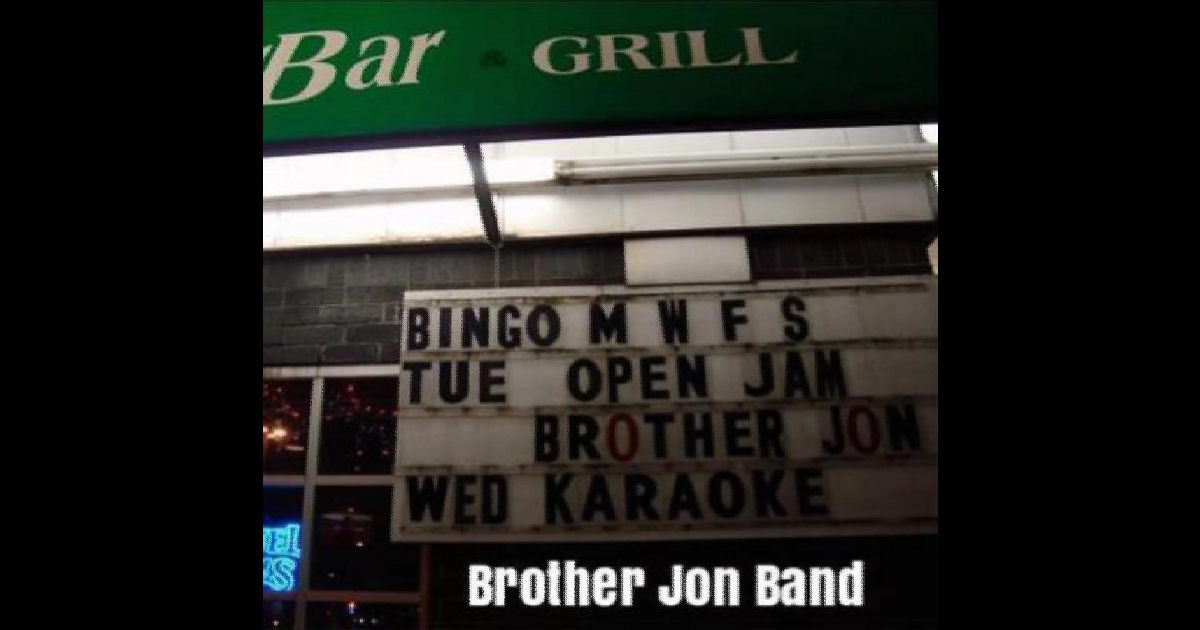 If you dig yourself some crunchy distortion and soaring guitar-tones – do yourself the favor of clicking the repeat-button on your music player and let “Bobby’s Blues” run for an hour or two straight like I did, believe me, you won’t regret it.  Time seemed to fly by as I let this song loop and it became hours later by the time I even began to write these words…I got so endlessly lost in the strong groove-rock of the Brother Jon Band’s new single that I just sat here and chilled-out listening without feeling the pressure to do anything else at all.  There’s something amazingly soothing about the hypnotically rhythmic sound of this cut…the musicianship is spot-on, but the TONE is just flat-out incredible…whether it’s the bass & drums, or the unreal guitar solos that’ll occur in the middle of this tune, “Bobby’s Blues” is a seriously rad jam to listen to.

Speaking of jams…suppose I should mention that this cut comes from their album Open Jam.  And just like a good single should – damn does “Bobby’s Blues” ever make the ears want to check out the rest!  You can take that to the bank & cash it…I’m not even a big fan of blues-rock at the end of the day, but this is a groove that absolutely cannot be denied.  I love it because “Bobby’s Blues” is the exact kind of song that can ‘separate the men from the boys’ as they say…the music is spread-out in a mid-tempo pace for the most part, making every note along the way audibly clear in the mix and left out in the open.  It challenges the band to rise to the occasion and get their A-game on, which they certainly do – but it’s so much more than just about being able to find the right notes to make a great song – this is the kind of performance where you can completely hear just how much the band feels the vibe.  That’s what it comes down to here…’the feel’ – you can hear the extraordinary touch of ace musicians ripping it up on “Bobby’s Blues” – sometimes it’s subtle, sometimes it’s a flashy solo, but whatever it is and whatever instrument is causing it to occur, LISTEN to how much genuine passion is attached to each note.  This is the kind of focus and commitment in musicianship that makes the difference – “Bobby’s Blues” isn’t going to dazzle you with over-the-top commercialized hooks, but it IS going to impress every set of ears that take this song in as a result of the captivating way they play every second of it & the way it moves.

Excellent drum-fills, clever & reliable bass-lines, smooth-yet-edgy vocals, and the completely scorching guitars all add up to a memorable groove that’ll definitely capture your interest & hold your attention.  I mean, there’s a CHANCE that it’s just me but I doubt it…I have a feeling that if I’ve been able to comfortably have this song on repeat for multiple hours at a time that you’ll be into it too.  I think the classic sound of the blues/rock combo they’ve got here is an extremely successful one…it’s not too much of either of its main ingredients and sounds like a true hybrid of the genres, which should widen the potential audience for this song and give it a boost of crossover appeal & accessibility.  As far as I’ve read, “Bobby’s Blues” is out there all over the airwaves & online charts in different music hotspots out there and rightly so, it’s an extremely well-executed tune.  The writing is solid, the performance hits the mark, that guitar solo-fest that starts around the 2:20 mark is a moment I wished could go on forever – so I tried to make that happen by repeating it on my own over & over…don’t judge me.  Truthfully though, subtle moments like around the 1:08 mark where the guitar chimes in with its welcoming sound are just as compelling to listen to in how parts like this contribute to the entire song as a whole.  Okay, okay…maybe not JUST as compelling – but close…I mean, we all have ears, those guitar solos are off-the-charts cool & I can’t JUST try to pretend like they’re not…they’re absolutely the crown jewel of the song.

Really solid vibe here and definitely no complaints coming from me.  You get right into “Bobby’s Blues” because the Brother Jon Band is so into it themselves…it makes all the difference in the world to listen to a track with players so invested in every moment like this – and they make the most of every second on this new single.  Totally worth your time.

Find out more about Brother Jon Band at their official website at:  https://brotherjonband.com/