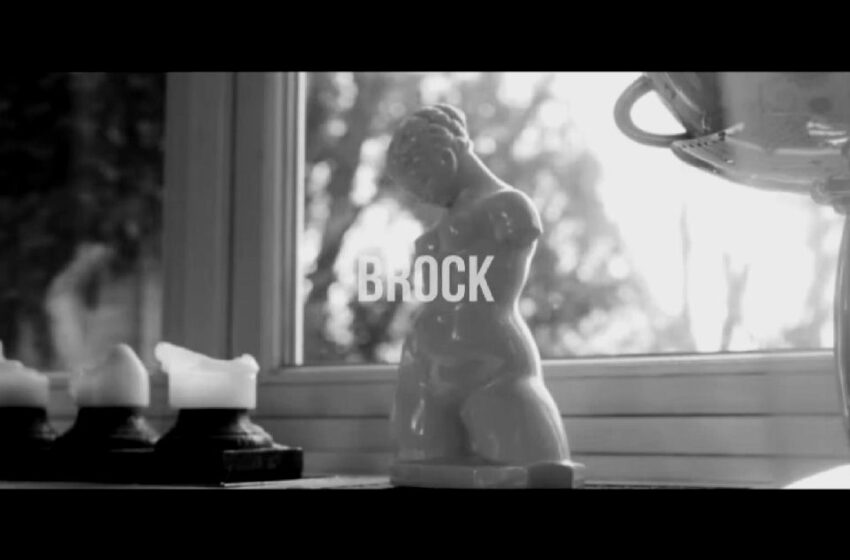 As I’ve been tellin’ y’all from day ONE since the very first time I heard his music, BROCK has had the future wide open from the moment he stepped into the spotlight and established his name in the game.  He’s switched it up countless times in the instrumentals we’ve heard along the way with a different highlight or something new to be genuinely excited about each and every time, he’s shown us multiple unique looks on the slick videos he’s got attached to his songs, and even last year, BROCK introduced us to a collaborative adventure he was embarking on with artist ESHNAB on a single they called “LARA.”  Time has been tickin’ away in the background…BROCK’s released countless tunes in between then & now, including the most recent cut we featured called “SIRENS” just a couple weeks ago – for a while there, I was starting to think this project had been abandoned – now here we are, they’re back, and sounding better than ever.  This new track makes “LARA” seem like we only got a sample dose before – in retrospect compared to what they’ve got here on “IMBECILE,” you can already hear how much that they’ve tightened up what they create together…like, it’d be impossible to miss how addictive this cut is.

A combination of talents that not only works, but completely complements each other’s own individual style as well, the kind of dynamic music that BROCK makes gives an artist like ESHNAB every opportunity to flex the finesse he’s got, and you can hear the results for yourself by clicking above on the new video – they’re crushin’ it together!  It’d be extremely tough not to advocate on behalf of these two continuing on after all you’ll hear on “IMBECILE” – you’ve got the best of both worlds – a top notch music producer & an artist with confidence, swagger, and style…adding vocals into BROCK’s realm of sound really does give it a whole other dimension of accessible appeal, and I can’t help but think that the masses might very well consider this cut to be one of the best you’d find in the entire BROCK catalog so far to-date.  I know I certainly wouldn’t blame anyone for feeling that way if they do…I think I’m pretty much inclined to say that myself here – because let’s be real, “IMBECILE” hits the mark in every conceivable way.  Full of relevant sound for the right here & now and those emotionally twisted vibes that are a huge hit with the listening ears out there…”IMBECILE” is a prime example of how BROCK keeps moving the needle forward and finding that next-level for his music & career.  ESHNAB’s a solid talent & there’s no doubt about that either…between the two of’em, there’s nothing but strengths from the music to the m-i-c, and they’ve got “IMBECILE” loaded up with bulletproof hooks designed to be turned straight UP on repeat.  I can’t get enough of this new collaboration from our man BROCK & his homeboy ESHNAB – “IMBECILE” is perfect for 2022, and hopefully it’s a sign of more great things to come from these two.