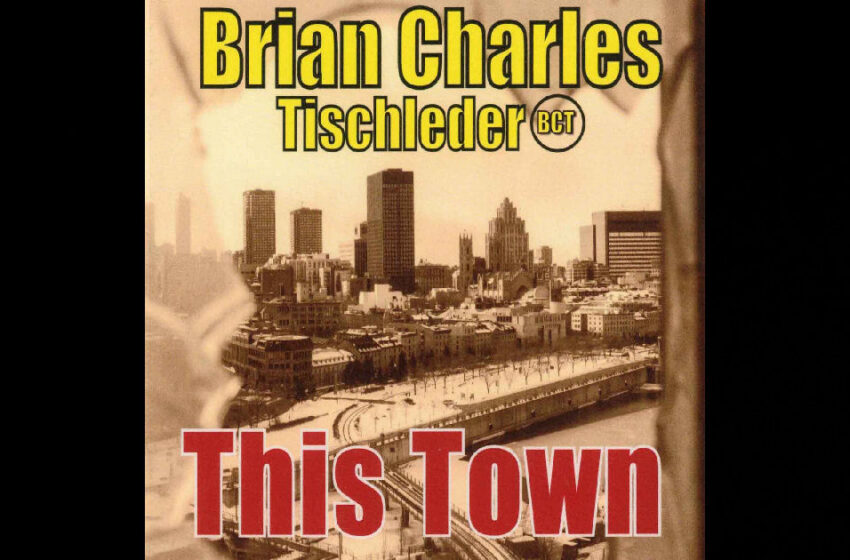 Okay…gonna be right up front with ya folks, this single makes me plenty uncomfortable.

There’s a relevant story I tend to bring up in situations like these sometimes…it deals with the story of the band The Verve Pipe, which I’m sure some of you know.  Great band first of all, let me get that part outta the way – I’ve enjoyed almost every record they’ve put out.  Like most people I was introduced to their music via their mega-hit song called “The Freshman,” which was in-fact about a friend of the band that ended up committing suicide way too soon.  Likely without intentionally knowing it, the Verve Pipe went on to score what is still the biggest hit of the career to this very day, and probably maybe at least a few million alone off of a retelling of the tale that took away their friend.  Feeling guilty about that, they later went on to apologize publicly – only they did it song form, via the song “Hero,” which yep – you guessed it – also went on to become another hit for the Verve Pipe, albeit a much more minor one.  It seemed as if they couldn’t win…and at the end of the day, I truly believe they were only ever doing their best to tribute a fallen soul they once called a friend – but we never really know where our music will go.

Brian Charles Tischleder would know why I’m bringing this all up by now, and likely how it relates to this brand-new single he’s got here, which is based around the tragic murder of George Floyd by the police.  While I believe I understand the intentions of why he’d be creating a song like this and the sentiment behind why he would believe that’s a good idea to do…I think he’s taken some risks here that could definitely have him ending up defending this single as to not being exploitative.  There might be times in a career where having a polarizing song will be a very good thing…I’m just not so sure this is one of them.  “I Can’t Breathe” is fairly observational & at a distance for the most part, likely intended to bring more attention to an issue the world is well aware of at its core, probably speaking on behalf of some folks he shouldn’t be at others, and doesn’t quite put together any new angle or spin on the story itself, so much as relay it back to us.  And hey man, if that final piece is the point of it all, like I said – I believe the intentions are to keep this tragedy as fresh in our minds as it should be, and I applaud that effort by BCT right here…but to not appear like it’s simply attempting to leech off of the headlines, I honestly would have expected that there would be more than just a retelling of a very sad tale, including some kind of theoretical solutions or point of view to come along with it all – which is what is missing here.  I don’t know that turning something like “take your knee off my neck” is a good idea to turn into a shiny song hook I suppose…I’m sure it was well intended once again, but I felt like it…wasn’t as helpful as they might have probably assumed?  Maybe it’s just the way I see it – I’m always willing to accept that.

As far as just about everything else is concerned, I’d be inclined to give it a full on green light for the most part.  “I Can’t Breathe” has a decisively artistic bend to it that’s a bit more on the outside of what’s happening in the scene and a subject that’s likely to have listeners feelings flared up for justifiable reasons – there’s no doubt it’s among the tougher sells to the masses in a combination such as this.  That being said, I don’t really think songs like this actually even get made without putting a lot of serious thought into them…you add that to the fact you see names like Cohen, Waits, and Springsteen on Brian’s list of influences on his social media – and every one of those guys should have very well made you highly uncomfortable about something they wrote about along the way as well – they’re all known for being incredibly polarizing in many different ways, and they’re all fearless in what they choose to say, regardless of millions of people like myself coming along to pretend we have some notion of the why & how it all got done in the first place – which for the record, we never do.  All we’ve ever got are theories – and again, to be crystal clear – my vote is that Brian has created “I Can’t Breathe” solely with good intentions and that brutal blunt force that only honest art and music can generate when it hits ya.  Do I think there will be some people that misunderstand those intentions, or take a song like this wrong?  You bet.  Not a single doubt about that in my mind really, but of course time will tell.  My gut tells me there was a bit more needed in the aftermath of the story or some other kind of perspective added in other than its distantly observational one to really connect this on a personal level and have everyone understanding Brian’s intentions universally…and that there’s perhaps an opportunity for him to evolve his art in that regard – and perhaps even the opportunity to clarify all this through a video too.

That’s where ya gotta heed that warning of the details in the Verve Pipe’s legend I was tellin’ ya about though…trying to correct something can come along with just as much scrutiny…moments like these are important to get as right as you can possibly make’em, in my opinion, otherwise you could be cycling your way through the hell-fires that are social media permanently forever & ever, amen.  The reality is, Brian Charles Tischleder comes from the same town as George did…Minneapolis…and as far as I’ve read, he’s got a whole album called This Town that deals directly with racial injustices and the civil unrest that has taken place there over its history…so make no mistake, as I always tell ya – context matters.  Once you’ve got the full story, you can understand the all-encompassing intentions – but with only a snapshot piece to see it all from, and the potential anger & hurt feelings that making a song like this single could stir up or provoke unintentionally by only being a fragment of the whole tale overall…admittedly, there’s a ton of risk being taken here and I’m not entirely sure it’s in the way Brian would want it to be, if he had complete control over that.  Which make no mistake…once it’s out there on the net, we don’t retain any of that despite false illusions that this might be the case…once you put your art, music, and perspective out there, you’re as open to the court of public opinion as anything else is, and listeners can only really judge what they hear by exactly what’s in front of their ears.  As in, I’d imagine This Town, as an album goes on to reveal how this moment ties into the rest, and that whole story becomes as clear as it should be, intentions as well…or at the very least I hope it does.  Because I like what I hear from the stylistic performance, the jazzy vibes, and the nearly Lou Reed-esque vocals of Tischleder on “I Can’t Breathe” – and I have no doubt whatsoever that we should ALL be at least a little uncomfortable in listening to this song based on its grim reality-inspired theme…I’m just not sure everyone out there is gonna get the point unless they really dig a lot deeper into it & the album surrounding this single.  Hopefully it works out for him…hopefully I’m alone in all of what I’ve said here, and maybe people are just digging the song and not thinking too much about what it’s not saying in the process of what it is – but I suspect that I’m not…I’d bet a few people out there will question the purpose of this tune, until they know the full story.

Find out more about Brian Charles Tischleder at his official website at:  https://briancharlestischleder.com