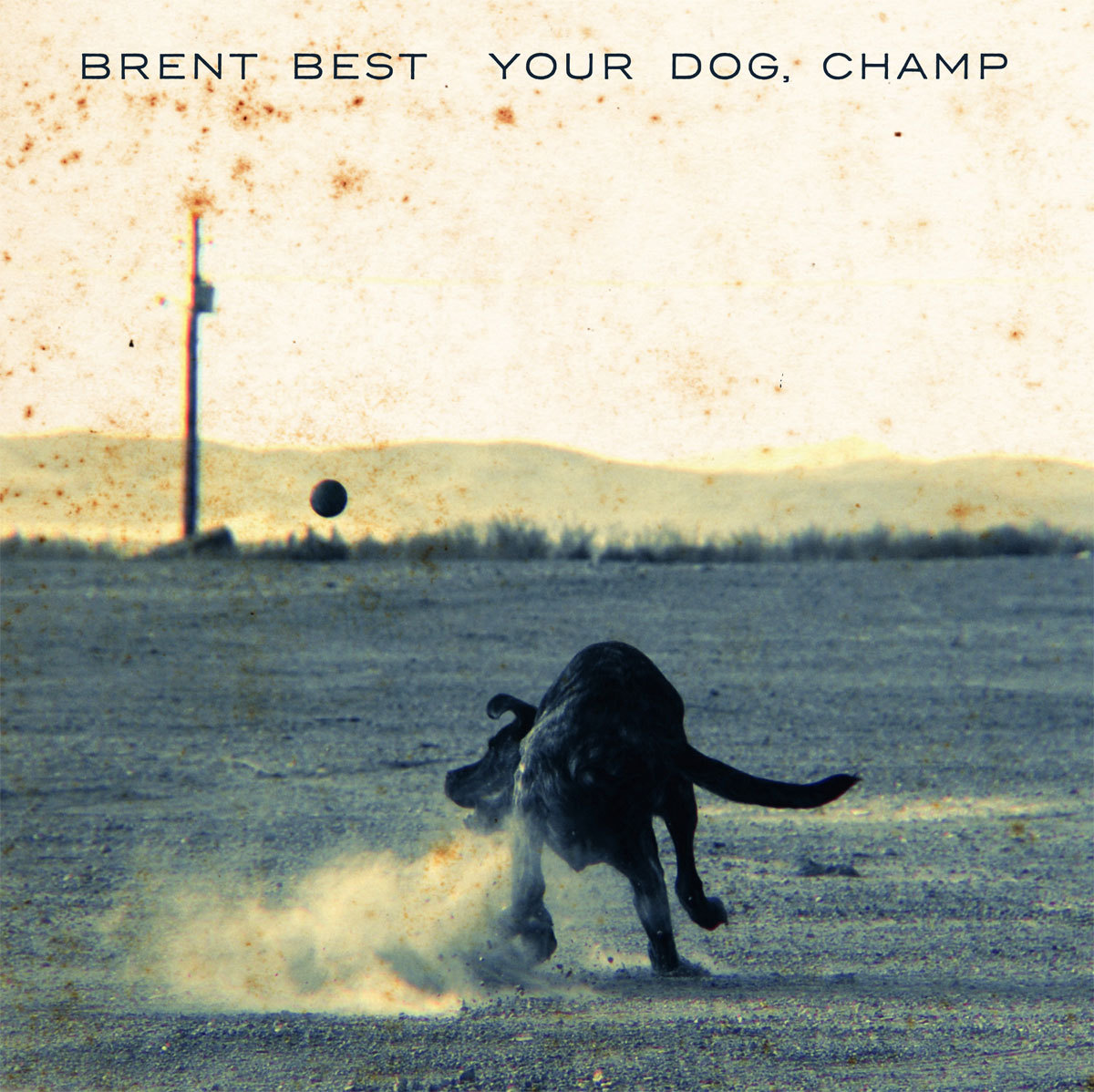 Sometimes I really can’t imagine being the kind of reviewer that might judge something so instantly, review it based upon a biased perspective and reveal through the writing that…well…no…the music really WASN’T listened to, or at least for very long. Like high-school students reading the beginning and ending paragraphs of a book and a page in the middle to get their book-reports done – artists like Brent Best will be the ones to have the last laugh as they change and shift their opening sounds to something more. I was honestly surprised by both of these two tunes…if I was to judge them by their first ten seconds these songs on Your Dog, Champ might not have made my playlist or gained my favour. And now that I’ve heard these tracks multiple times in full…I can’t even tell you how upset I’d be with myself as a reviewer if I wasn’t really listening like the rest of the indie-journalists out there; there’s a tremendous song-writer and a really captivating entertainer here in Brent Best.

In no way am I implying that he’s blowing the opening moments of these two songs – just first impressions would have made their somewhat Americana-sounding openings something I might have felt like wouldn’t have been for me. What surprised me, especially in the first song “Queen Bee” was just how quickly I climbed aboard the Brent Best wagon…and now I find myself more than comfortable where I am. I pretty much couldn’t get enough of it once I finally found the heart of the melody of this song and got my head around Brent’s wandering lyrics. I love the way he sings them…I love that they seem like they’re all loosely connected, but each two lines of the verse in “Queen Bee” are like two-halves of a whole as each line compliments the next to complete the thought. By the end, with additional violins and cello sounds filling the atmosphere behind Best’s chilling, emotional delivery on his words…it becomes similar to Toad The Wet Sprocket’s style of acoustic-based rock.

Again, from the opening moments of the following cut, “Aunt Ramona,” I would have 100% assumed that Brent Best was about to launch into a rock-anthem at his Boss-Bruce-Best instead. Very Springsteen-esque in the beginning stages of this tune as Best drags out the words and sings along the razor’s edge of his rasp…riding it hard and leading you to wonder if he’ll fall more towards the side of jagged-rock, or the softer side of melody.

Spoiler alert – Brent’s not about to let the rock-side loose just yet on this two-song EP; “Aunt Ramona” stays right on the captivating edge that it launches into quickly and keeps this melody entertaining through sheer passionate, committed delivery. Were it not for the incredible amount of thoughts in Best’s brain and the emotional performances he’s put in here on “Aunt Ramona” – you might very well have ended up in a somewhat typical acoustic-rock song; but with the added edge of Best’s voice and the incredible lyrics he comes up with he’s managed to make the ordinary extraordinary.

Definitely an authentic and genuine artist here in Brent Best…one that makes me proud of what independent music can communicate emotionally through the music. What Brent’s doing is here is special in a way you rarely find in the mainstream – there’s much better odds at this captivating music to become a part of the soundtrack of your own daily life. For an artist who sounds as authentic as Best does…I can’t imagine huge stadiums are a part of the goal anyhow so much as finding those notes, tones and words that might resonate strongly within the people that really listen to every second ticking by beautifully – and he’s done that with me.

We all say it…sometimes we mean it, sometimes we don’t…that whole thing about ‘not needing the entire world to like what we do as long as someone out there gets it.’ If he’s looking for that one person to have heard him…to truly have absorbed his music, sound, lyrics and style and to have made a difference in just ONE person’s life…mission accomplished my friend…mission accomplished. Very excited to hear more in the future from Brent Best – he’s done an amazing job on these two songs and shines brilliantly on Your Dog, Champ.

Coming out very soon this year as a full album – check out his official page at Last Chance Records to stay current with Brent Best: http://www.lastchancerecords.com/brent-best/