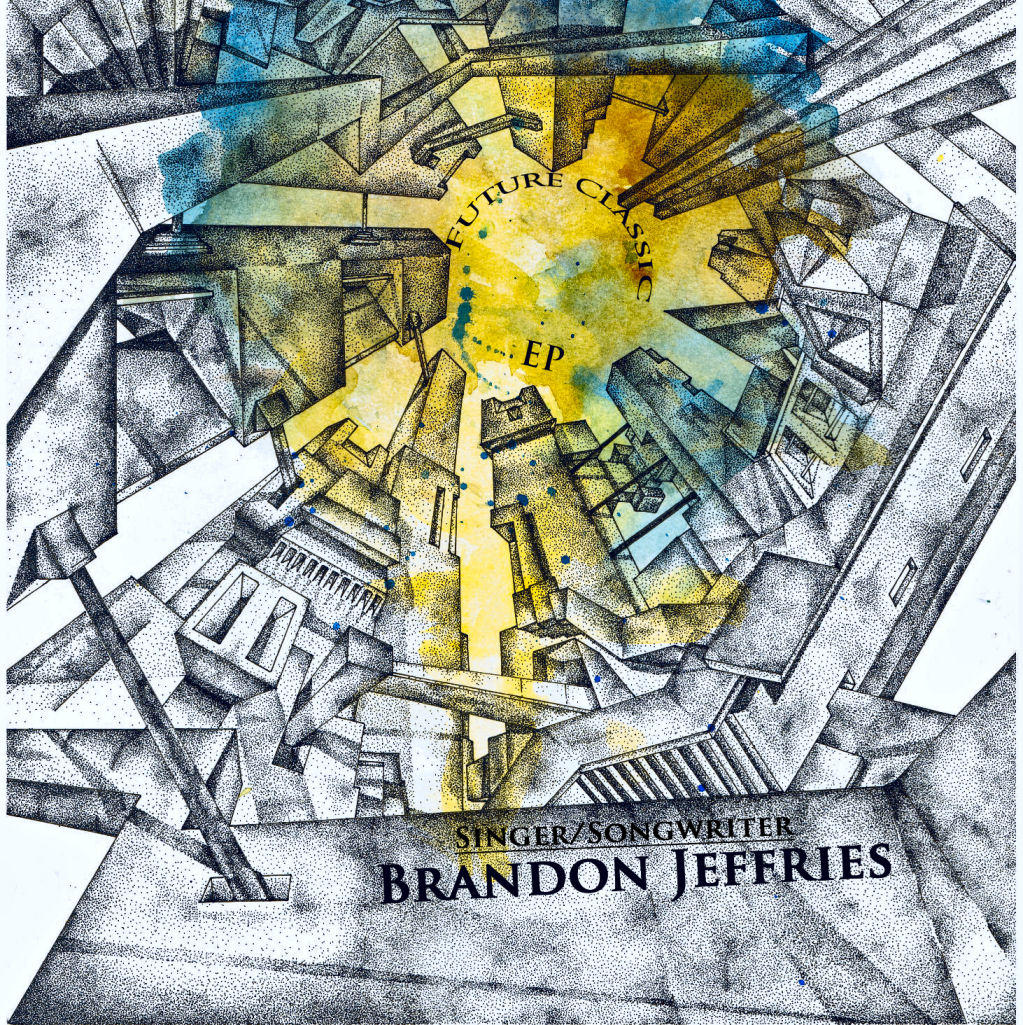 Sometimes you can see something coming from a mile away…but it’s also nice to get confirmation on what you’re seeing upon further examination…if only just to prove to yourself that you’re not crazy in the assumptions of which your eyes have led you to believe.

After seeing a picture of Brandon Jeffries on his Facebook page, the first thing I thought to myself was – ‘well – THAT looks like the REAL deal right there.’ The long-hair, the beard, the soulful-stare into the camera and guitar in-hand…it’s all right there in a single picture; but after several listens through his Future Classic EP – you might not realize it at first, but there’s a whole lot more here on this record that simply good-looks. The real charm, heart and personality of this upcoming artist shine through brilliantly through the hooks and in-depth melodies Brandon has created on the six-songs on Future Classic – each song possesses a massive-strength and perfectly-arranged hit-single potential. No joke – this guy has nailed it here with his soulful-singing matching the energy of his song-writing in jaw-dropping ways that really captivate the heart through his emotional performances on the Future Classic EP. And with an exclamation of excitement and controlled-guitar riff-rhythm starting up the record on “Follow The Leader” – he’s off & running.

This first-cut is largely based in riff & roots-rock with that classic-rock rhythm through the verse before it switches into a more modern-day melody that almost sounds similar to Green Day in their more calm, heartfelt & precision moments. “Follow The Leader” has that bounce and playfulness to it…but it rides an Americana/Country-edge to its Alternative/Pop-melody…smart lyrics twist & bend and the hooks start the record off sharply with a groove that quickly catches your interest.

And in my opinion…it only gets better from there. Future Classic goes on to “Shoe Swayed Blues” that has that stuttered-beat and jagged-ideas in the writing that really make each part pop-out and really shine in the mix. It took me a while to figure out who Brandon Jeffries was reminding me of on this song…and it’s actually a now-defunct band from Langley, BC that I still love called Doubting Paris. You can add a slight-mix of things like Lifehouse for the tone & style, maybe something more like Sister Hazel, Eagle-Eye Cherry or even Third-Eye Blind as far as the melody-line in how the vocals are written. Proving his guitar isn’t just a clever-prop for a photo-op, the solo is short & sweet, proficient and precise before the song snaps back into an inspired ending from Brandon who lets the vocals loose for a wild & soulful-sounding end.

“Well Enough Alone” comes out a little more typical than many of the tunes on the record…that being said, the potential for a BIG-hit is always there when that’s the case. This is definitely an accessible rock-melody that has all the right parts of its machine in place; from drums to bass to the defining guitar-chords that shape the melody of the song – it all moves along with quickness and solid-energy in place. As much as it might be a good song and well-performed…Brandon…my brother…it’s songs like that that run the risk of piling you in the rest of the rock-bands out there, were this be the song to catch on…

…and if you ask me…when I listen to a song like “Everything” – I can hear how much more you’re capable of. Everything about “Everything” is written perfectly; it once again rides the edge of a Country sound, but almost combined with something like Ray LaMontangne or Jason Mraz. While “Well Enough Alone” definitely ticks every box for its modern-rock perfection…compared to the authentic, genuine FUN it sounds like Brandon is having on “Everything” and how right-into-the-song he seems to be…this is the direction I’d take it…you know, if I was like, born with a guitar in my hand and still had kickass long-hair like Brandon. I think that “Everything” really shines a bright light on the enthusiasm and passion the man behind the music truly has…its energy & atmosphere are contagiously-awesome.

But again…I think it STILL finds a way to get better and improve on itself. “As You Let Go” is one of the best rock-ballads I’ve heard from a dude this year without a doubt. Brandon has a beautiful tone to his voice that trembles with a fragile-emotion that sounds as if he could break at any moment. The song plays-out like the emotion to the story it was written with…and on the rise towards the three-minute-mark, our narrator truly breaks-free of his chains…if only for a moment before slipping back into the melancholy-melody of “As You Let Go.” Definitely a sad song…but one put out there with completely convincing emotion and shows Brandon Jeffries at his brightest & best in the vocal-department so far on Future Classic.

Now…Brandon…this final-song…I don’t know honestly if I love you or if I hate you for it. The HOOKS in this song could take the watch right off your wrist – they’re incredible; that being said…I’m not gonna LIE to you Brandon – I’m not so sure I can pull off singing along in my car with you to this one! I just can’t see that being a good thing for me if I was to hit a red-light and have someone look in and listen – you know what I’m saying brother? I could get away with the verse perhaps…but you’ve got all the roughest words for an AVERAGE-looking bearded-guy to sing-along to in his ride, just-sayin. Sure – YOU can get away with it with your whole ‘I’m-just-naturally-born-for-rock’ look…but for the rest of us…you made it a whole lot tougher here too keep up to you.

Of course, yes, I’m just teasing the guy. Brandon Jeffries is the complete package for entertaining music and gripping-rock tunes that put out just as much distortion through the amplifiers as it does heart through the song-writing on his Future Classic EP. No doubt in my mind this guy’s got super-stardom in his future – he’s done everything right here on this EP and I have every reason to believe he’s capable of taking it all even further as he continues to rock throughout the years to come. 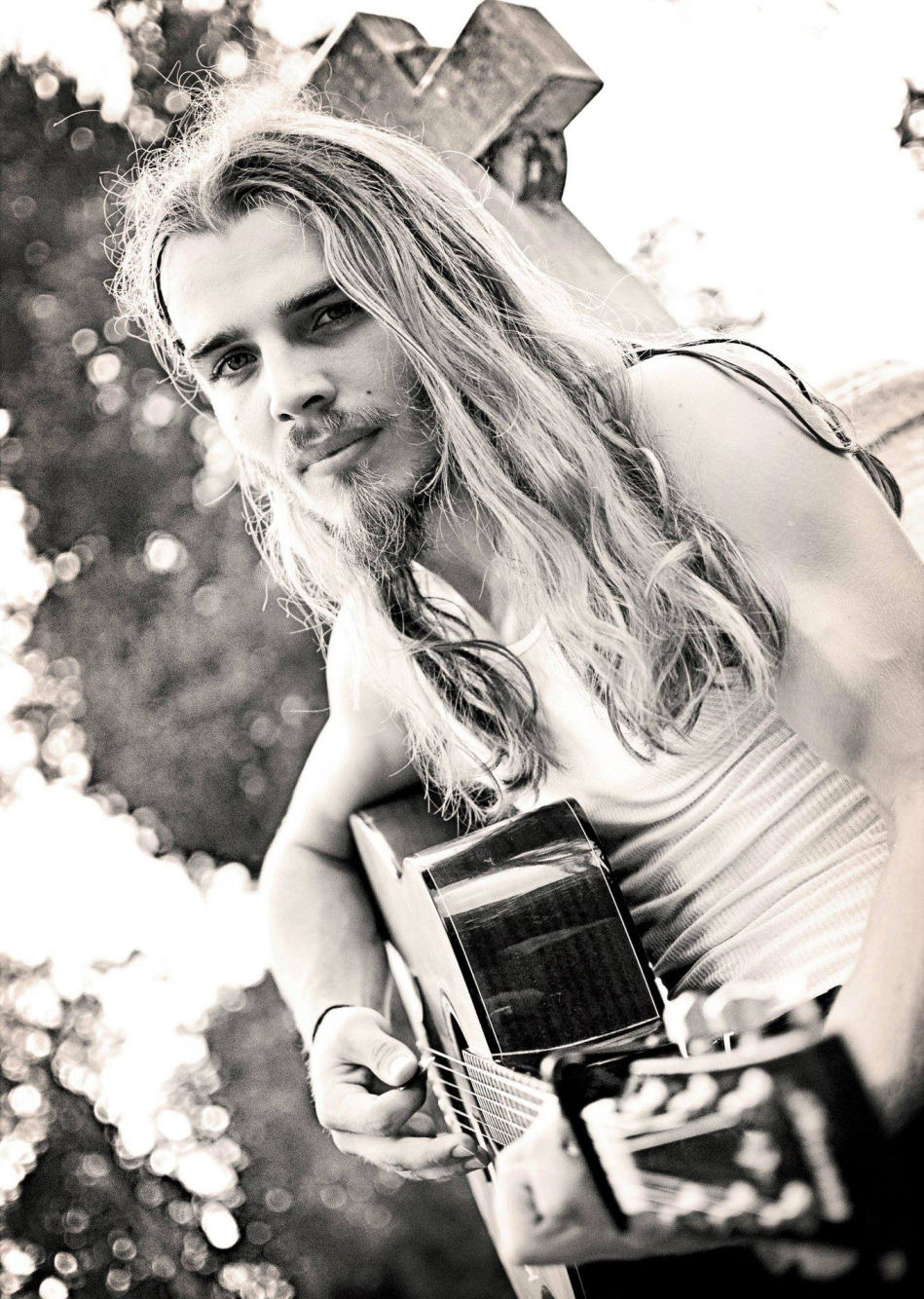 Find out more from the official Brandon Jeffries pages at: