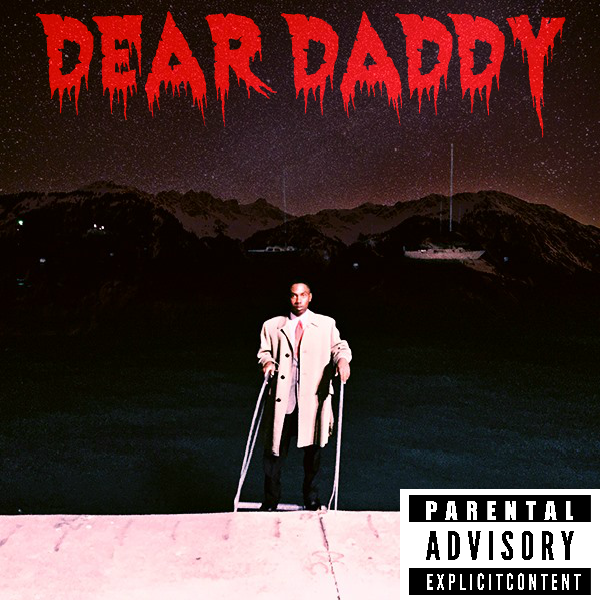 If there’s one thing that you learn by reviewing hundreds of albums and thousands of songs…it’s the ability to hear the personal tales from the fictional narratives out there.  Sometimes there’s a few cues in what you’ll hear that go beyond just assuming it MIGHT be written from personal experience into what is undoubtedly the 100% truth…and this is one of those tracks.  The new song from Brandon Dye, “Dear Daddy” is certainly one of the tougher songs you’ll hear this year…this is powerful stuff.

The subject matter is intense…but living the experience would have been worse of course.  Dealing with heavy themes like being molested in youth, adultery, abandonment, violence…all things you wouldn’t just bring up out of the blue or write about without the experience to provide insight or perspective…unless it was real.  The situations that Brandon describes through emotion and verbal imagery…you can tell that its real…you can tell that what he’s rhyming about has massively affected him and that the struggle no doubt continues to be all-too-real.

There’s a lot here to examine.  With the content being so emotional, raw & based in reality…it’s tough to make comments I’d normally make.  Saying that I like the beat and the way the song moves…the production on the low-end and the tightness of the music overall just seems a bit hollow in comparison to the words that Brandon’s written.  This is a much more personal song…not something that can simply be examined as ‘what’s next on your playlist’ – this is a rare and extremely cutting composition from the lyrics to the way they’re rapped into the microphone.

What I really like…more than anything else in “Dear Daddy” is that lyrically, you can hear that Brandon is ready to put this song out there…and regardless of whatever’s next…he knows this is a step in truly moving forward.  From what he’s described…any step out of what seemed to have become routine will theoretically put him into the path of SOMETHING else.  From what he’s saying…he’s not even exactly sure of what that ‘something’ might be – but he knows it can’t be as bad as things have been.  Lyrically…and he even says this himself in the song…he’s burning bridges…and he’s doing it all knowingly.  I seriously applaud the courage.  There’s a small percentage of us out there that understand what it takes to leave a parent behind by choice in order to move on…and I’m one of those people.  I can tell you firsthand that creating a song that spells it all out as honestly as this does takes a superhuman amount of courage and follow-through.  And once it’s out there…there truly isn’t any going back.

The most heartbreaking part of the song is perhaps the chorus…and that’s saying a lot given that a ton of the words have described some seriously tough situations.  Brandon steps aside though to make room for a guest appearance on the mic from a female lead…she sounds fantastic – BUT…it’s really the words themselves that make the impact in this moment.  Like many guys I’ve run into that didn’t have the father of the year growing up…you can still in the chorus that he’s still struggling with searching for that approval.  It’s through the verse that you know in his heart of hearts what the right call to make is…and that if he’s going to thrive & survive, chances are he’ll have to leave his old-man behind in order to truly be free.  That’s what this track represents and what it’s really all about…this is the audible line in the sand drawn for us all to hear – and Brandon, knows full-well that once he’s put this out there, he’ll be able to draw from the strength of committing to this and truly begin the emancipation.

Quite honestly…I thought this was absolutely fascinating.  I’ve listened to it multiple times and each time I listened I got more & more involved in the situation and story…and the solid way the beat & music are put together just kept this song repeating on my playlist today.  There’s a great contrast between how accessible and easy to listen to the sound of “Dear Daddy” is and having it alongside some of the boldest imagery you’ll hear on a track, like, ever.

I hope Brandon Dye sticks to his gut instincts and continues to find his way…he’s clearly been through the toughest of times and he’s ready to break free of it all and leave it behind him.  Writing a track like this…one that’s based in true honesty & emotional-expression is going to allow him to reach those goals…it’s the kind of song that needs to be written before ANY others even come out, otherwise the content, feelings & emotions of what he’s dealing with here on “Dear Daddy” are likely to spill out into everything he’ll ever do.  This track provides the necessary closure…and hopefully rather than create new wounds, “Dear Daddy” will allow him to move on and become the best version of himself that he can truly be.