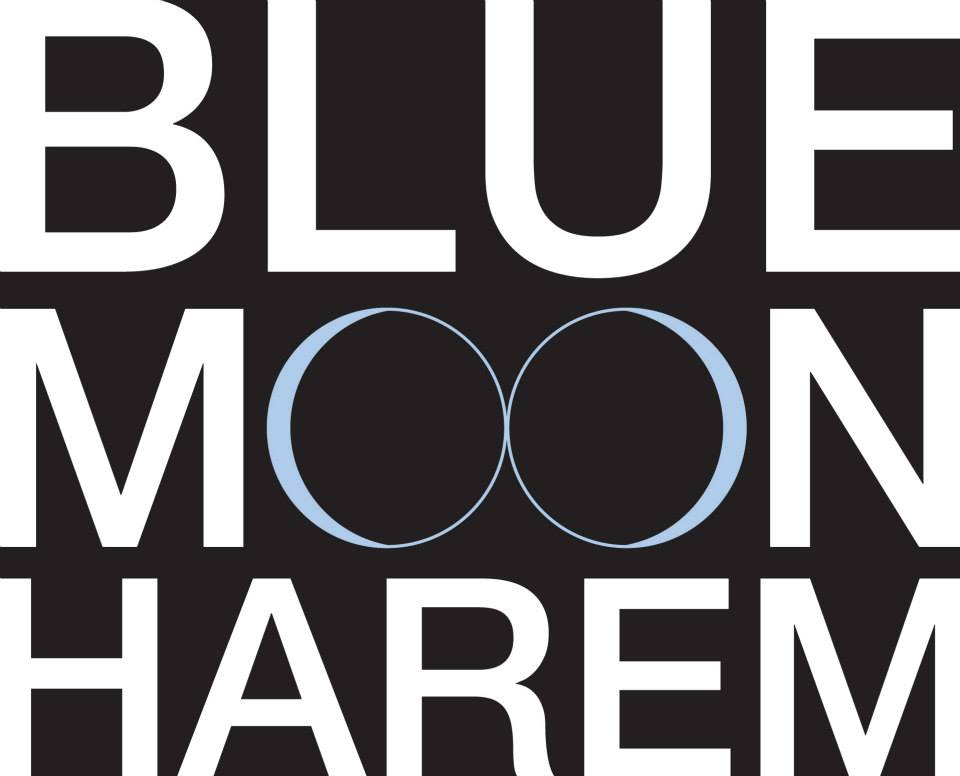 No lie…it’s nearly 5am here in Ottawa, Ontario…and what I needed was some musical-fuel to stoke my fire in effort to keep me awake just a little bit longer.  So I pulled out the big-guns…some singles collected from the upcoming release called Deep Into Blue – and low and behold I found that extra gear to at least run through the three-singles I had several times before I eventually called it a night.  The music kept me awake, I made it til about 7am or so – these are three completely solid-tunes, but my brain still wasn’t functional enough to get a single word onto the page!  So yes…as you’ve noticed…unless you’re in the UK, this probably didn’t come out anywhere close to 7am…I made sure to get some sleep in effort to bring a few coherent statements about for their upcoming release.

The first track I checked out was a song that’s already been generating much buzz…you can see posts about the song “My Front Door” lining their pages in social media and critics already praising their music and soon-to-be-released album Deep Into Blue.  Gotta admit…either they’ve slyly slid me three of their best…or that hype is quite well-justified.  This Boston-based band is making seriously controlled Rock with an audible purpose…you can hear just how professionally they’ve approached this recording to make the highest quality music they’re capable of – and there’s an extremely good chance that it won’t just be us that take notice.  You can hear that this band would fit in with anyone loving music like Kings Of Leon, Brother Cane, maybe even good ol’ Toad The Wet Sprocket in their more aggressive moments.  There’s an Americana-edge you can hear that bubbles just slightly into their brew of Rock-music…and even though that’s not often a word I end up associating with a lot of the music I personally latch onto most of the time – I can’t deny how much I’m loving what I’m hearing from Blue Moon Harem.

“My Front Door” starts out with gentle tones echoing from the guitar notes and the powerful vocals of Jonathan Bix…in those first moments, you might assume they’re going to keep it on the lighter-side of Rock/Acoustic before the beat from Stephen Hart comes booming in alongside his partner in the rhythm section Jose Hernandez brings in the rumble of the bass and Demetri J fires-up the distortion.  “My Front Door” quickly roars to life…and as it plays through the loud/quiet dynamics of the writing gives you that sense of the ticking timebomb – clearly this band can go off at any moment, flip the script and change their direction at any given moment.  The four-piece plays with an audible confidence you can hear – and I think that’s exactly the way it SHOULD sound…they sound humble, yet proud of their efforts and ready to tackle their dreams in full-force.  There are some bands where you can really hear the hard-work & determination to succeed in…and I’d reckon this would be what I’d consider Blue Moon Harem to be.  “My Front Door” is a solid introduction to their sound and definitely sparks the interest in addition to assuring your ears & brain quickly that what you’ll hear is going to be more than worth your time.  Really well-defined & fully-realized parts to “My Front Door” that make sure you feel the memorable impact of both the verse and chorus.

The next tune I checked out was called “Lucky” – and this track does adopt a much lighter-edge than the preceding cut did…of the three I’ve gotten ahold of pre-release, this would be the one that caused me to bring up Toad The Wet Sprocket much more so than the rest – Bix even sounds like Glen Phillips here on this track and I’d be shocked to hear that the man wasn’t a fan of the band himself as I’m sure he’d have to be.  Not that I’m saying they’re ripping them off…that’s definitely not the case…but the sound in the tone of his voice could potentially have people wondering if they’re listening to a brand-new Toad record.  “Lucky” has that inspirational, yet thought-provoking sound to the music where you feel like you stepped right into their world and become fully involved with their bright & tight rhythm & groove.  The sweetness of the acoustic-guitars come through shining and the drums are outstanding – excellently written beat whereby you can hear that Hart isn’t just keeping the beat…it’s much better and much, much more than that – you can hear a player like this actively contributes to the song-writing with dynamics like this.  I can also hear that there’s a lot of potential for a song like this to get a little ‘lost’ in amongst the others that might line the record – it’s one of those solid-tunes you know you can rely on and would never switch-off or turn down, but also a track that has a verse/chorus that are matched in their strength – and the result of that can often yield the ‘great song’ comments but probably wouldn’t be the one you reach for to make that memorable impact like “My Front Door” does if we’re talking singles.  Combined with the other two-tracks I got in the pre-release here, what I appreciated most about “Lucky” was that I felt like this track more than the other two showed them in a different light. 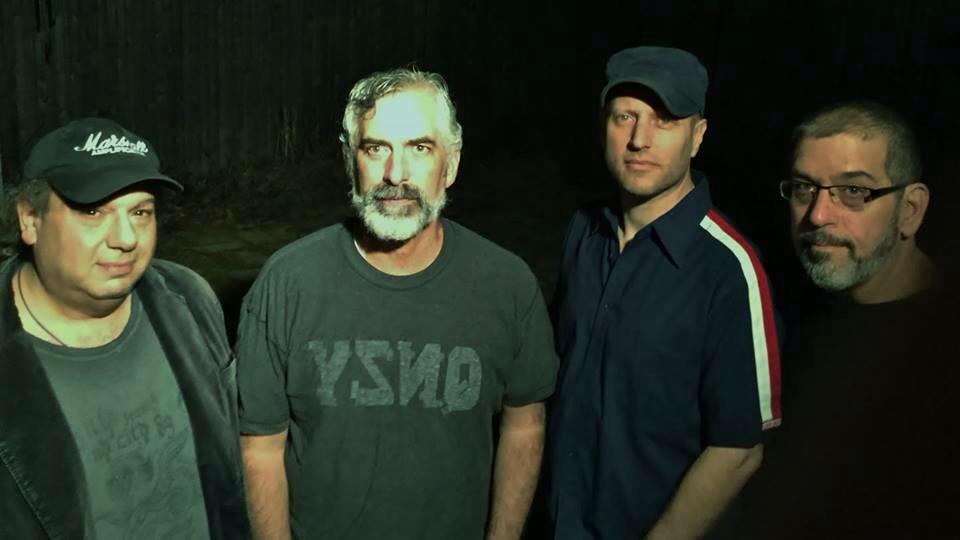 Oddly enough…and this might just very well be me possibly…but I actually found a lot in common in between the final tune I checked out called “Lie” and Pearl Jam’s opening tune “Once” on their debut-record Ten from back in the day.  Now…just hang on a minute here…let me explain a little…because, no, Blue Moon Harem didn’t all of a sudden become a grunge-band in this final cut.  It’s not like that…something in the pacing, the intense rhythm and groove of the bass & drums combined and the placement and pacing of the vocals has a similar feel to it.  Maybe you’ll hear what I’m hearing…maybe you’ll think I’m crazy or need even more sleep than the four or five hours I get per day…could go either way and I can accept that.  I’m not quite sure at this point where “Lie” will end up on the record…but I’d definitely vouch for this being a solid opening to their upcoming album – it sounds like it has that same potential impact.  Blue Moon Harem revisits more loud/quiet dynamics like we’d experienced through “My Front Door” but perhaps with more emphasis on the surrounding atmosphere and overall groove.  Excellent bass from Hernandez brings the track a heavy-rhythm you can really sink your teeth into and Demetri J’s guitars find all-kinds of incredible sonic-terrain as they explode into the music with big-distortion but also drift off & trail into the main rhythm-line cleverly as well.  It’s a smartly written tune that again has Blue Moon Harem sounding like their coming out at the top of their game…and if I had to judge from “Lie” alone, I’d say this band is more than ready-to-roll out, get in the van and start that big-stadium tour.

There’s definitely a clear sound and vision here…Blue Moon Harem doesn’t sound like any kind of ‘part-time’ band – they sound in it to win it.  I’m stoked to hear what else might be on this record…it seems like they’ve got a great thing going here with the three tracks I’ve heard so far and I’d expect even more to follow when they release Deep Into Blue just around the corner in 2016.  A complete pleasure to listen to from what my ears interpret – no rough edges and a smoothed-out professional Rock-sound that could potentially be onstage and in the spotlight for many years to come – be ready!