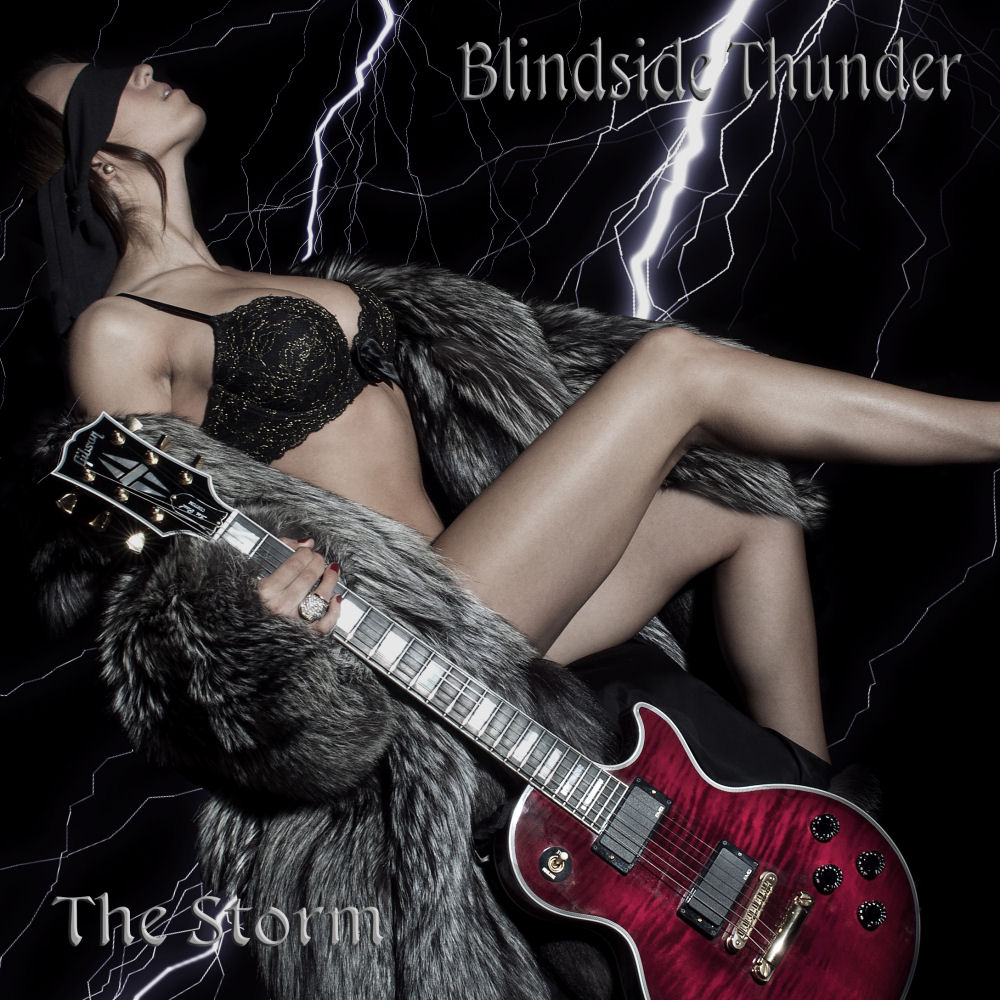 Okay – so even if I lied my hardest to you at this point, you all know me well enough to know that straight ahead rock’n roll is about the biggest challenge I can have thrown my way. There’s no convincing you that I’m sitting here simultaneously reviewing this album from Blindside Thunder at the same time as re-watching Rock Of Ages for the 6th time today – I know that you won’t believe me…

And though it might not be the particular genre of choice for your humble reviewer, as I have found with ALL music – there is ALWAYS something to like.

Sometimes you just have to be in the right mindset. How would a typical fan of TRUE rock listen to The Storm? LOUD. So I cranked it. Much better.

Within seconds you can identify two things through the crunchy guitars and crisp drums – Blindside Thunder is not out to go and redefine rock’n roll, they’re here to make the music that they and so many others still identify with and love more than any other. Seriously – the fans of 80’s style rock’n roll and metal are still among the most passionate I’ve ever met when speaking about their genre.

You can easily hear that passion in Blindside Thunder. With an up-tempo rock album that suggests you not only leave your pillows on your bed, but throw them out completely as there will be no sleep to be had while this album is on. These are the rock-party anthems; certainly not to be confused with the vice-versa! The production and the performances are geared up to rock the entire time, matching the energetic themes of the lyrics. To pull it off as well as Blindside Thunder does is almost a tribute to those nostalgic times when rock rolled over the Earth.

Musically, I’d put this band as right in the middle of David-Lee-Roth-era-Van-Halen-meets-Kiss. They take the anthem-style rock approach that Kiss had to the writing of their hooks and through the vocals bring it to the more Van Halen side of things. There are some deviations towards the end – “Say Goodbye” is a catchier pop-rock side of Blindside Thunder, whereas the track to follow “She Wants Sex” almost incorporates a Ramones-ish feeling and a little harder edge to the vocals.

While I might always be looking for bands to re-invent the wheel in the musical universe, I can never argue that more of a good thing ISN’T a good thing, cause it IS…a good thing. If you’re a rock fan, if you’ve read through this review and you know and love the bands we’ve referenced in comparison, then there’s no reason you shouldn’t go out and get The Storm right now. BlindSide Thunder play their music with complete skill & enthusiasm and could easily hold their own against the heavy-hitters of rock.