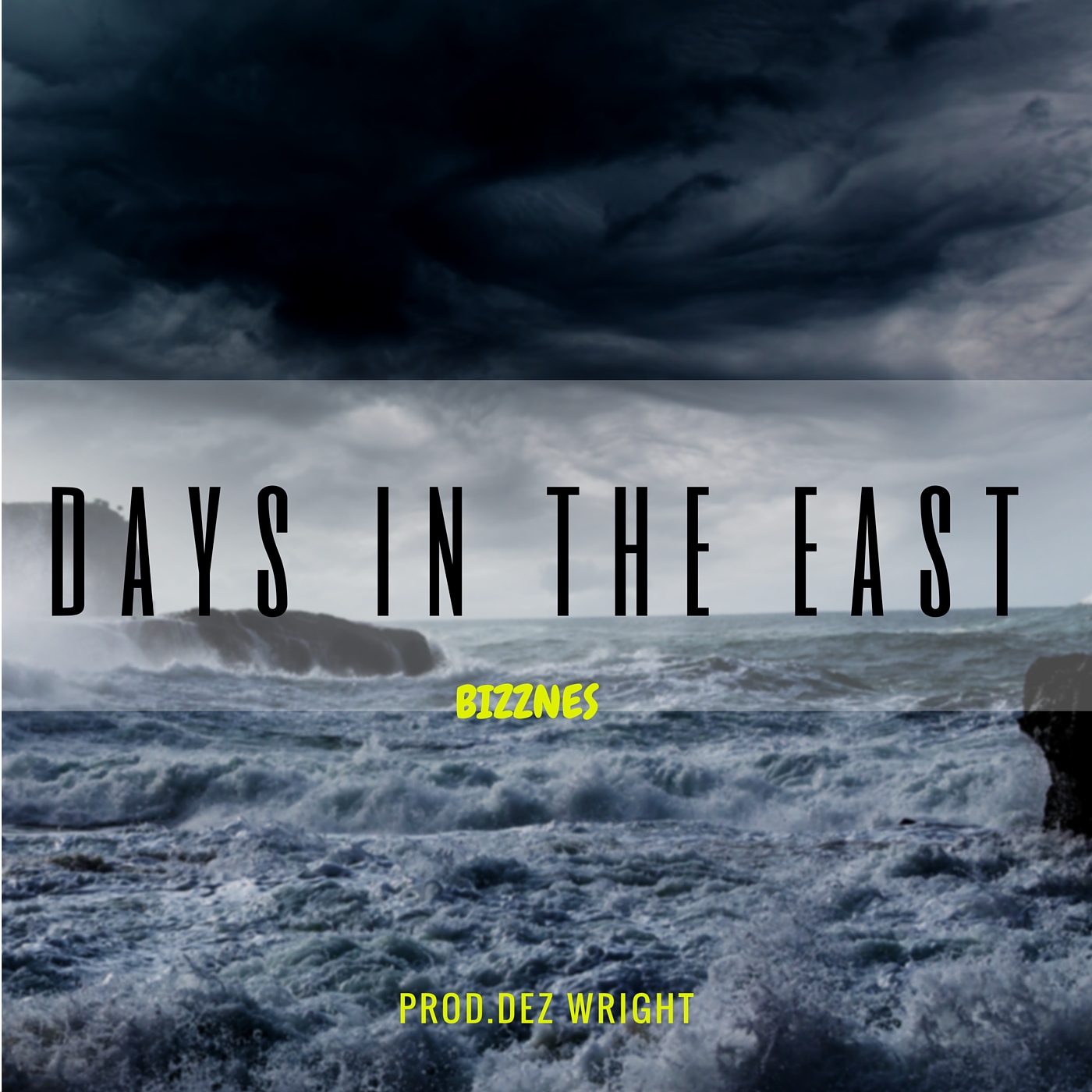 Sometimes I’ve gotta shake myself and remember what side of Canada I’m on now.  Like for instance, my natural instincts to start hatin’ when I see a Toronto Maple Leafs jersey just because I’m originally from Vancouver.  I don’t even watch hockey…that’s how deep-set the rivalry has always been between the Leafs and the Canucks, those feelings of bitterness towards that Leaf-symbol are born and bred right into me…it comes out naturally whether I want it to or not.  Considering that I haven’t even watched a game in about a decade and that I’ve traded my own damn-self across to the east-side of Canada – I figure those feelings have to subside eventually right?

Ha.  You’d think I’d flipped sleepingbagstudios into a sports-review page…I assure you – we’re here to talk music, as always.  Modern-day hip-hop/rapper Bizznes has a Leafs jersey on in his new video for “Days In The East” and it got my natural defense up…but I’m calming down.  We’re neighbors here in Ontario anyhow…dude is from Oshawa…and his music is solid…so really – we’re on the same team.

The gigantic low-end of “Days In The East” hits you immediately; the massive swell of the music is perfectly produced – not easy to do with this much bass involved.  Bizznes keeps his performance on the mic chilled-out and flowing smoothly while the music swirls and envelops the atmosphere around him – but you can hear every word with stunning clarity.  The mix between the additional elements in the music through synth & samples and between the vocals & the low-end rumble – it’s all nailed down as tight as tight can be on “Days In The East.”

So much so that I really didn’t find anything that would remotely warrant any complaints.

Look, best way I can put it would be to say that the modern-day twists and turns of the direction of sound to hip-hop/rap haven’t exactly been my thing – I’ve been sitting on the fence for most of it.  Every once in a while though – someone comes along that really puts the entire sound into a perspective you can truly appreciate…and I feel like that’s a large part of the appeal here on “Days In The East.”  The music is inarguably produced perfectly, Bizznes’ vocals hit every mark with precision and a solid bend on the auto-tune sound – the entire track plays like one huge rhythmic, hypnotic hook that fully surrounds you.  If you like that electro-influence on hip-hop/rap music and what’s happening right in the here & now of music out there – you’ll dig on this for sure.  For others like myself – I think the smooth-pull of the huge sound of “Days In The East” will easily be pulled in.  Bizznes puts in a completely solid performance that had me at full attention the whole time and drifting away right into the thickness of the massive sound of this new single.

With the added dimension and depth to this cut, Bizznes borders right on the line of trip-hop music in the atmosphere and heavy textures to the sound of “Days In The East.”  He’s got himself a memorable flow that also shows true-skill – and there are multiple moments in this track where the music stays chilled-out, but the vocals increase in speed – and the contrast between the two of those elements sounds great – like Bizznes is in full-control.  He approaches the mic with solid lyrics and confidence and the music surrounding him never lets him down; Bizznes pivots and shifts off the beat with perfect precision and energy that matches the music exactly as it should.

Like I said…nothing to complain about!  I think Bizznes has got himself a solid slow-burning single here and a wickedly shot & edited video to assist in ensuring this song gets a ton of listens and views.  Seems to me like the man has done everything right here on “Days In The East” – I think Bizznes is definitely on the right track here.